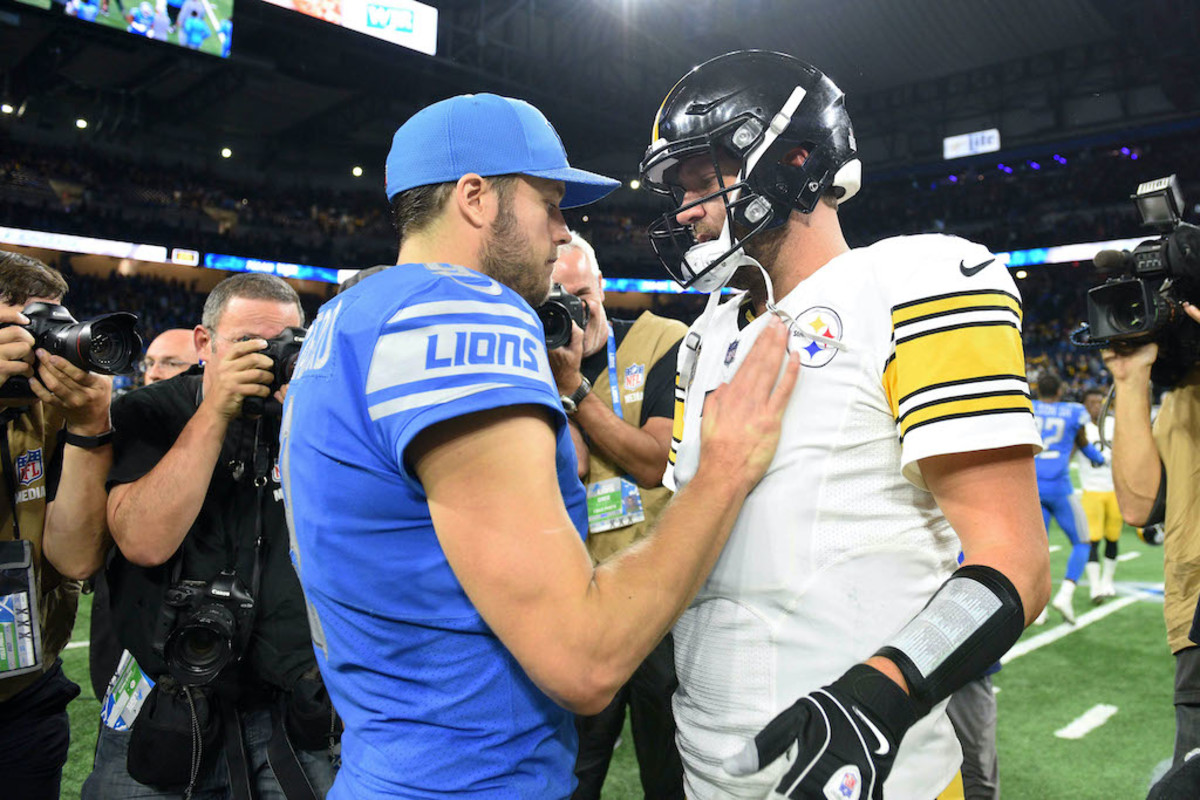 Odds to win the 2020 NFL Comeback of the Player have been released at BetMGM sportsbook and the betting board is filled with some big names. New Tampa Bay Buccaneers tight end Rob Gronkowski and Pittsburgh Steelers quarterback Ben Roethlisberger sit atop the betting odds as co-favorites for the award at 4/1.

Gronkowski sat out the entire 2019 season (retirement) after winning Super Bowl LIII with the New England Patriots. However, he has been reunited with good friend Tom Brady in South Florida. Gronkowski remains the only tight end to win the NFL’s Comeback Player of the Year Award when he earned it in 2014 coming back from a knee injury. AllBucs reporter Luke Easterling recently acknowledged that despite being a favorite for the award, there is still cause for skepticism:

“It remains to be seen if Gronkowski can be the player he once was after taking a year off and dealing with all the injuries over the years, but as arguably the most dominant tight end in NFL history, he’s sure to make a significant impact in Tampa Bay.”

Roethlisberger set franchise records for passing yards (5,129) and touchdowns (34) in 2018 followed by missing nearly all of 2019 after suffering an elbow injury that required surgery in Week 2. The veteran quarterback’s odds at winning the award improved after the Steelers added another offensive weapon to a unit that already consists of James Conner, JuJu Smith-Schuster and Eric Ebron. Pittsburgh used the No. 49 overall pick in the 2020 NFL Draft on Notre Dame wide receiver Chase Claypool.

Pittsburgh’s offense has no choice but to improve with Roethlisberger back healthy, as pointed out by AllSteelers reporter Connor Deitrich:

The struggles last year were directly attributed to poor quarterback play. Though it’s hard to project Roethlisberger’s performance for 2020 since he’s coming off an elbow injury, it’s probably safe to assume he’ll be better than Mason Rudolph and Devlin Hodges were last year. But just in case Big Ben needs some extra help, the front office got him two new toys to play with. The offseason signing of Eric Ebron has the potential to kickstart the red zone offense.

Over the last 18 years, the NFL CPOY Award has been awarded to quarterbacks an overwhelming 12 times. Browns quarterback Baker Mayfield (25/1) had a disappointing year in 2019, but expectations for an immediate rebound are high after the club added talented tight end Austin Hooper, as well remaking the offensive line with bookend offensive tackles in Jack Conklin and Jedrick Wills. With all his weapons, Mayfield could be an absolute steal at odds of 25/1.

Although quarterback Ryan Tannehill won the award last season after replacing Marcus Mariota as the Titans’ starter, leading Tennessee to the AFC Championship Game, the NFL CPOY Award has typically been handed out to players returning from significant injuries. Between 2014-2018, every Comeback Player the Year had suffered a season-ending injury during the prior year..

Matthew Stafford of the Detroit Lions (14/1) is a quarterback worthy of the attention of bettors as he fits all the aforementioned criteria. Stafford won the CPOY award back in 2011 after putting up more than 5,000 yards and 41 touchdowns following a 2010 season that saw him miss 13 games due to a shoulder injury. Stafford has always put up solid stats when healthy, as all fantasy football owners can attest, and those lofty passing totals could come back especially with a possibly dominant run game with Kerryon Johnson and D’Andre Swift. Nick Foles (40/1), if he is able to wrestle the starting job away from Mitch Trubisky in Chicago, could offer significant value at long odds. Foles and Bears coach Matt Nagy have a history together after spending time together in Philadelphia and Kansas City.

Cincinnati Bengals wide receiver A.J. Green, who missed the entire 2019 season after injuring his foot during training camp, checks in at odds of 10/1. He’s now projected to catch passes from No. 1 overall draft pick Joe Burrow. Bengals head coach Zac Taylor is on record stating that Green is “fully healed” from his ankle injury. The former Georgia standout earned seven consecutive Pro Bowl selections from his rookie year in 2011 through 2017, surpassing the 1,000-yard receiving mark in six of those seasons while notching double-digit touchdowns three times. If back to full strength, he offers value at double-digit odds.