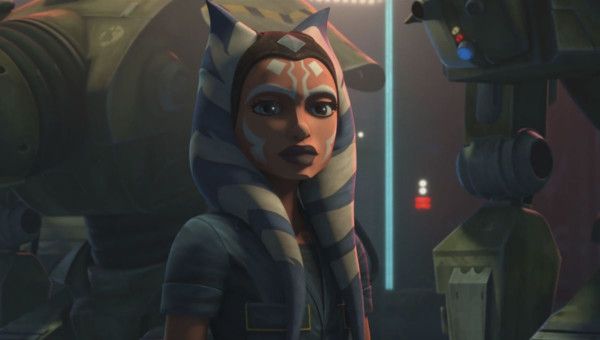 It’s not a stretch to say that ‘Star Wars’ has given us some of the biggest heroes of pop culture. Having existed in our cultural pantheon for more than four decades — more so in the last decade than ever before — the science fiction empire, first originated by George Lucas in 1977, has evolved exponentially over the years. And as we celebrate May the 4th, a fan-made celebration of the beloved franchise, we’re taking a look at the legacy of one of its most important characters: Ahsoka Tano, the first female Jedi lead of ‘Star Wars’.

Despite having only appeared in animated projects (‘The Clone Wars’, ‘Rebels’), Tano has grown to become a vital part of the ‘Star Wars’ lore. First introduced as the protagonist of the film ‘The Clone Wars’ in 2008, she then appeared in the subsequent TV series, the series finale of which aired in the US over the weekend on Disney Plus. (The first six seasons of the series are available to stream in the UAE on Starz Play. There’s no release date for the region yet for the seventh and final season.)

Introduced as a young and naive Padawan to none other than Anakin Skywalker — who goes on to become the most dreaded villain in the galaxy, Darth Vader — Ahsoka’s character was an entry point for young viewers to the franchise and she acted as a foil to the brash and daredevil ways of Skywalker.

And while she wasn’t everyone’s favourite character right away — many found her too young and too annoying — the feisty apprentice quickly made a name for herself with her loyalty and ability to face any difficult situation.

From successfully handling a one-on-one fight against the feared Jedi hunter General Grievous and organising a coup against her captors when she’s taken prisoner along with other Jedi younglings to being a strong voice against the evils of war profiteering, Ahsoka proved her mettle while keeping up with the antics of her Jedi Master, another all-too-young member of the Jedi Order.

At the end of season five, we see Ahsoka, in one of the show’s most telling moments, walk away from Jedi Order, having lost faith in the organisation after she’s wrongly accused of being a terrorist. She didn’t turn up at all in season six. And then production on the show halted in 2012 when Disney bought over Lucasfilm. The character would again show up as a rebel agent in season two of ‘Star Wars Rebels’ (2015), facing off against her old master who is now Darth Vader, but her origin story was yet to be completed.

After much hue and cry from fans, Disney greenlit the final season of ‘Clone Wars’, and it brings to a dramatic close the first chapter of Ahsoka’s life, answering the show’s biggest question: How did she survive Order 66, that saw most of the Jedi Order get brutally murdered by pre-programmed clone troopers.

It’s an epic story, one that feeds closely into Anakin’s own journey of turning to the dark side, but what Ahsoka will always be hopefully remembered for is the fact that she paved the way for the many ‘Star Wars’ heroines we were introduced to in her wake. Everyone from Rey and Jyn Erso to Hera Syndulla and Captain Phasma carry Ahsoka’s DNA as much as they do General Leia’s, the OG female icon of ‘Star Wars’.

But while Leia first appeared in ‘Star Wars’ while it was still aimed at a largely male audience, Ahsoka was born in a new world where women formed a huge part of ‘Star Wars’’ vast fan base.

“Truly, if you follow her story, even in the darkest of times, when you think all hope is gone — I mean, Ahsoka walked away from everything that she knew,” actress Ashley Eckstein, who voices Ahsoka, said in an interview with Looper. “All the light is gone, you would think. And Ahsoka chooses to still see light. She chooses to still have hope.”

But Ahsoka’s story is far from over. Not only did she reappear in ‘Rebels’, industry rumours suggest that Disney have cast Rosario Dawson to play Ahsoka in season two of ‘The Mandalorian’, which is set to drop in October this year. “Any new actress that would step into Ahsoka’s shoes, I would say I just hope she realises what Ahsoka means to people, because Ahsoka has changed lives. She’s saved lives,” Eckstein said in the same interview with Looper. “So, I would just ask that anyone that joins Team Tano recognises how important she is to so many people, and they do their best to continue to carry on her legacy.”