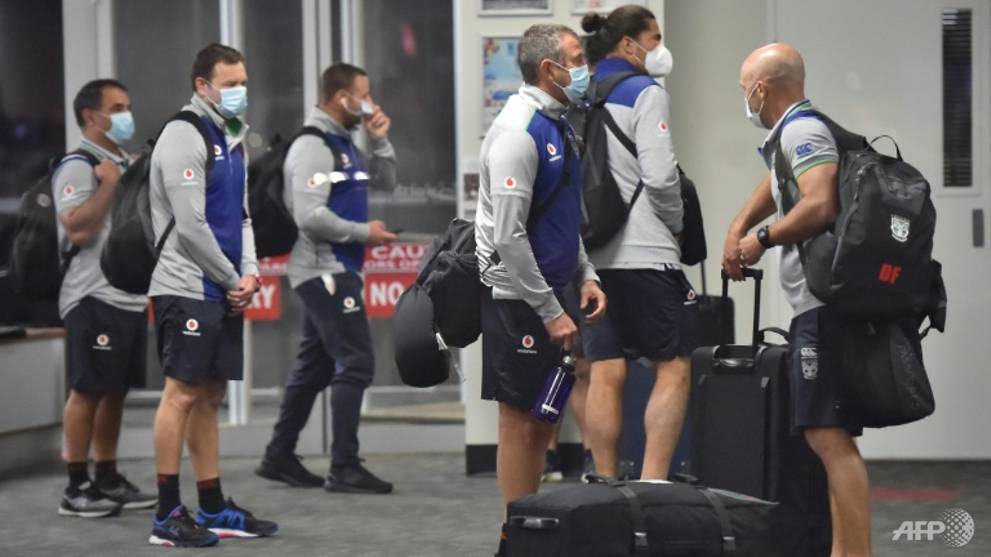 TAMWORTH, Australia: The New Zealand Warriors arrived in Australia late Sunday (May 3) after the National Rugby League secured an exemption for the team to enter the country ahead of a planned resumption of the sport.

A charter plane carrying the Warriors landed in the rural town of Tamworth, about five hours drive from Sydney, at about 5:30pm.

The NRL’s only international side will spend 14 days in quarantine in the town, Australia’s country music hub, before competition restarts on May 28.

On Saturday Australian officials granted 36 players and staff a rare exemption from the country’s ban on international arrivals, amid a slowdown in new coronavirus cases in Australia and New Zealand.

The Warriors were short two players after centre David Fusitu’a and hooker Nathaniel Roache stayed behind in Auckland.

The club said Fusitu’a had been given permission to delay his departure on compassionate grounds and Roache had been told to do the same after reporting he was unwell.

“We’re totally satisfied Nate has had no contact with any other player or staff member at the club for several weeks and we’re very comfortable we have abided by all policies and requirements,” Warriors CEO Cameron George said.

The NRL season was suspended on March 24 after just two rounds amid a government shutdown of all non-essential gatherings in a bid to stem the spread of coronavirus.

Captain Roger Tuivasa-Sheck said he was excited to be reunited with his teammates but being separated from his family for a prolonged period would be challenging.

“That definitely was a tough part, saying goodbye to the family out there in the carpark and seeing my two kids go away,” he said before boarding the flight.

“At this stage I’ve prepared to go for five months and go to work. If they could come over during a safe (period) then I’d be happy to bring them over because it’ll be tough not to see them for that long.”

Under plans thrashed out by the league and its broadcast partners this week, the season will be cut from 25 rounds to 20 – including the two already played – with a four-week playoff series ending in a Grand Final on Oct 25.

The three-match State of Origin series between New South Wales and Queensland, normally played mid-season, will shift to November for the first time.

The NRL has pushed hard to restart the league as Australia achieved success in curbing the spread of coronavirus, with the number of new daily cases slowing significantly in recent weeks allowing some restrictions to be lifted.

Australia has recorded 6,800 cases of COVID-19 and 95 deaths from the virus, while New Zealand has confirmed just over 1,100 cases and 20 deaths.