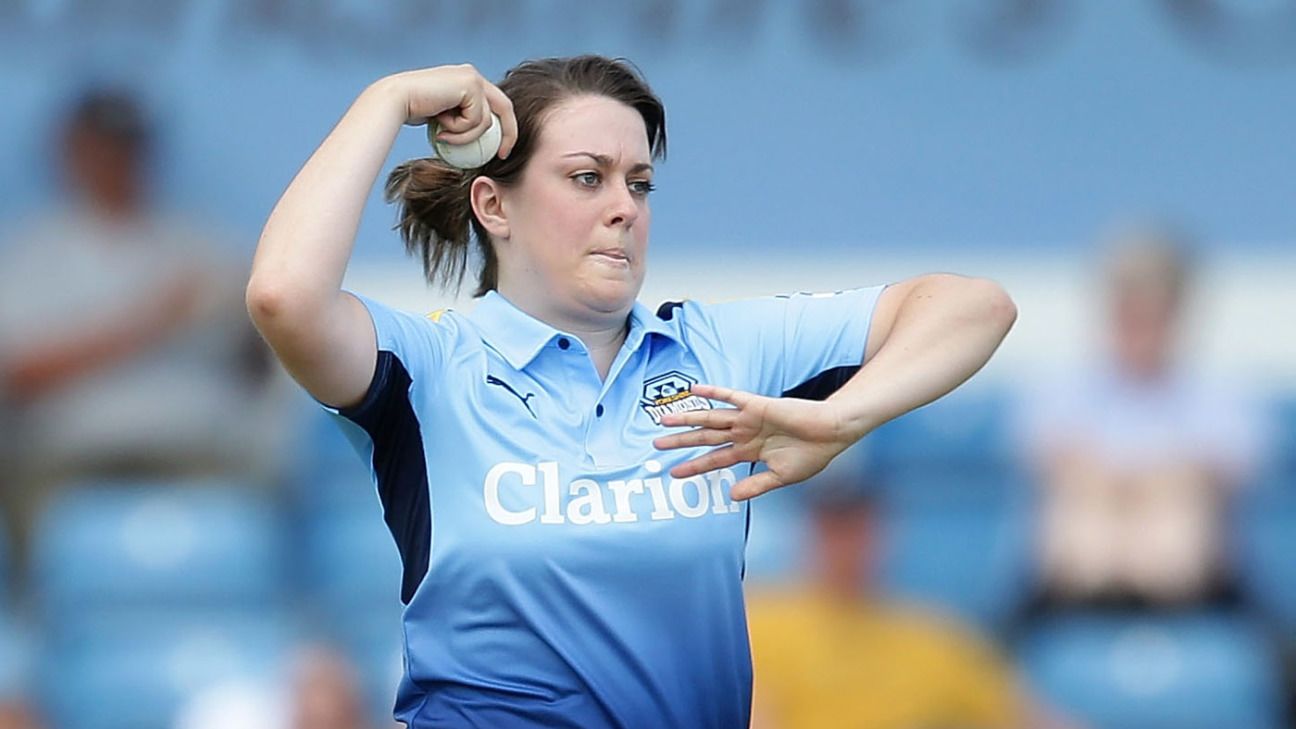 For Katie Levick, the Women’s Hundred represents a chance to prove what might have been.

Having turned her back on a potential international career for financial reasons when she was 21, Yorkshire leg-spinner Levick was among the first domestic players chosen for a Northern Superchargers squad captained by England’s Lauren Winfield and featuring Australian star Alyssa Healy.

But the now 28-year-old Levick is among those who stand to be hardest hit by the postponement of the inaugural Hundred season to 2021 because of the Covid-19 pandemic. With no central contract to fall back on, her ability to earn some money playing the sport she loves has been put on hold for a year, after which she hopes to be injury free and that “the team still wants me”.

Negotiations are continuing over the make-up of squads for next year and it was against a backdrop of uncertainty that Levick was stunned by reaction on social media to the ECB’s announcement last week that the competition launch would be delayed. Suggetions that some people would not be sorry to see the competition postponed or even scrapped altogether prompted Levick to post a plea for sensitivity on Twitter.

“Just seeing the sea of negativity against the competition and how people were so happy, I thought, can you just take a step back and have a bit of perspective? This actually affects people and it affects their jobs,” Levick told ESPNcricinfo. “You wouldn’t cheer if an ASDA shut down and people lost their jobs, so this is no different essentially.”

Levick is quick to point out that, given the seriousness of the coronavirus outbreak, putting the Hundred back a year is “insignificant really in the grand scheme of things”. She does feel, however, that the women’s game will be affected more heavily than the men’s, given the limited opportunties for women not centrally contracted by the ECB to make money from cricket and the tournament’s potential to attract girls to the sport.

Former England spinner Alex Hartley, who lost her central contract last year told BBC Sport: “I am missing out on a significant amount of money that I was relying on to support myself … you might see me stacking toilet roll in Tesco by the end of the summer if no cricket is played because I will have no job.”

Levick, the all-time leading wicket-taker in the Women’s County Championship, considers herself fortunate in that she has a full-time job as marketing manager for Yorkshire County Cricket Club’ s coaching company, Pro Coach Yorkshire. Nevertheless, she had dared to dream about the financial and sporting opportunities the Hundred presented this year.

“You don’t know what people’s circumstances are going to be next year, I could get injured before the next tournament, and then that’s probably my career over,” she said. “If people do get a job opportunity it means, ‘right, I can’t take it on next year’.

“It was more money than I’d ever earned for cricket. I bought my first home at the end of last year, so knowing that then I signed my contract for the Hundred, you had plans, that money was going to be able to help me do up my house and maybe have a holiday once in my life.

“So as daft as it sounds that you never had the money, you do make plans for it because of course you do, you’re only human and it does help you keep going.”

ALSO READ: Where to now for the Hundred following ECB postponement?

Levick has been here before, in a way. Having trained for 12 months with the England Academy, she had to make the decision upon finishing university to pursue a career off the field. With central contracts still two years away, she simply could not afford to wait on the off chance she may eventually become one of the chosen few to make a living from playing.

“I do still have a job thankfully, but obviously it was another income I was expecting and just the opportunity to play at the next level,” Levick said. “I’m coming towards the end of my career and the Super League has just been the best experience I’ve had in cricket because you got the opportunity to play against the internationals and play on a bit of a stage where we were getting televised games and a bit more promotion.

“With the Hundred we were going to be aligned with the men, so that’s a whole other level of publicity we were going to get and some of the stadiums we were due to play at, and the free-to-air TV games, that was going to take the game to another level and put us on a platform that we hadn’t been on before.

“I’ve used the Super League and hopefully the Hundred as a way to prove that I could have done it at the next level and prove it against the top players.”

Levick believes some opposition to the Hundred stems from the fact it moves away from a county model to a regional one, but she struggles to understand the reasoning.

“People are so purist at counties, you know, live and die by your county,” Levick said. “I just found it weird that as a sports fan, you’re putting so much onus on the team names and where the teams are located. Can’t you support a player? I might not be wearing a Yorkshire badge but I’m still very much from Yorkshire.

“If you watch a football team, I reckon 90 percent of my hometown football team aren’t from Sheffield but I still support that team. I think it’s just trying to look at it from a different perspective and just take off your county goggles maybe and enjoy the spectacle.”