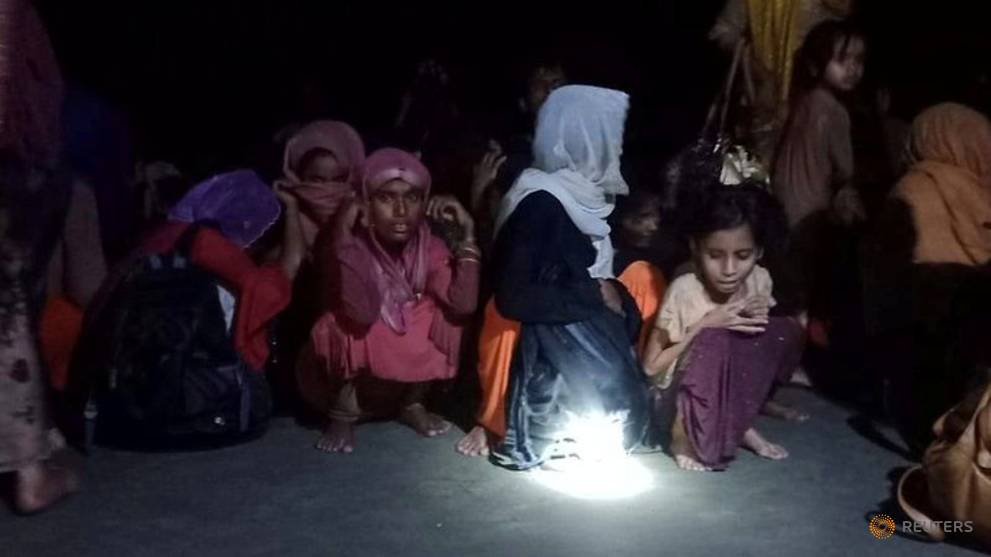 DHAKA: Dozens of Rohingya believed to be from one of several boats stuck at sea landed on the coast of southern Bangladesh on Saturday (May 2), an official said, as concerns grew over hundreds stranded for weeks on trawlers because of coronavirus restrictions.

“A small boat carrying 43 people came to shore today,” the government official said, declining to be named because they were not authorised to speak to media.

Some of the arrivals were sent to Bhasan Char, a remote island off the coast where authorities previously planned to house Rohingya, the official said.

Chris Lewa, director of the Arakan Project monitoring group, said the group that landed on Saturday had likely come on a small boat from one the larger vessels still at sea, believed to be carrying hundreds of people.

Hundreds of Rohingya, members of a Muslim minority from Myanmar, are stranded on at least two trawlers between Bangladesh and Malaysia, rights groups say, as Southeast Asian governments tighten borders to keep out the new coronavirus.

Another boat, carrying hundreds of Rohingya who were starving and emaciated after weeks at sea, landed in Bangladesh in mid-April. Survivors said several dozen died on board.

The United Nations has urged authorities to let the boats land, but anti-refugee sentiment is surging in Malaysia and governments say borders are sealed to keep out the coronavirus.

For years, Rohingya from Myanmar and Bangladesh have fled by boat for Thailand and Malaysia when the seas are calm between October and April. Hundreds died in 2015 after a crackdown in Thailand led smugglers to abandon their human cargo at sea.