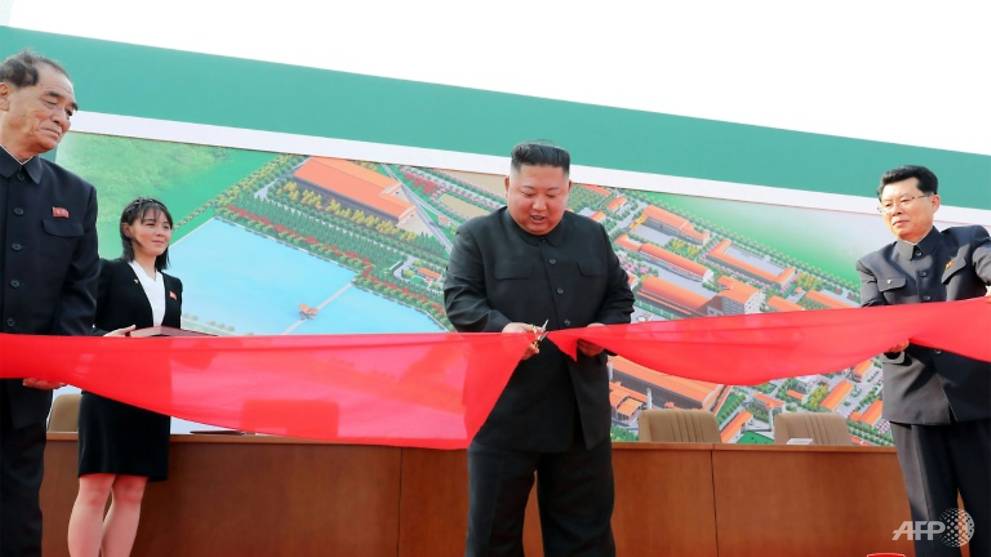 Kim’s conspicuous absence from the Apr 15 celebrations for the birthday of his grandfather, the North’s founder, sparked feverish speculation over his health and who would replace him at the helm of the nuclear-armed country.

It is not the first time Kim has disappeared from public view. In 2014, he dropped out of sight for nearly six weeks before reappearing with a cane. Days later, South Korea’s spy agency said he had undergone surgery to remove a cyst from his ankle.

Here is a look at why Kim’s health has been the subject of so much conjecture.

WHO IS HIS SUCCESSOR?

Kim has been in power for nearly a decade and his death would have left Pyongyang facing an unplanned succession for the first time in its history.

Leadership has always been a family affair in the isolated North, dominated by the members of the “Paektu bloodline” – a Northern term for the country’s founder Kim Il Sung and his descendants.

Kim’s three known children are still very young and there is no designated successor as far as the world is aware.

His younger sister Yo Jong – one of his closest advisers – is widely regarded as the top contender to succeed him but the North is a highly patriarchal society where seniority and gender both carry weight.

WHAT HAPPENED TO NUCLEAR TALKS?

Kim is known in the North as the Supreme Leader and his authority spans the ruling Workers’ Party and the military. All major decisions require his approval.

Kim’s disappearance from public view came as Pyongyang’s talks with Washington over the North’s nuclear arsenal are at a standstill, despite three meetings between Kim and US President Donald Trump.

If Kim were incapacitated or dead, it would have increased uncertainty over the process.

The worst scenarios, according to some analysts, would involve power struggles and refugee flows to China.

Kim is also obese and both his father and grandfather are believed to have died of heart diseases.

“Kim’s personal profile, family history, and the structure of the North Korean regime make his health a major variable for the country’s stability and foreign policy,” Leif-Eric Easley, a professor at Ewha University in Seoul, told AFP.

WHY SO MANY RUMOURS?

North Korea is an unusually opaque country, where even economic growth figures are treated as a state secret.

Observers and even diplomats in Pyongyang rely heavily on the closely controlled state media for hints of what is going on.

Secrecy is strictest of all around the leadership and the absence of information creates ample room for speculation to flourish unchecked.

Kim was last seen presiding over a ruling party meeting on Apr 11. But four days later he missed the celebrations for the birthday of his grandfather – the most important date in the North’s political calendar – sparking questions over his whereabouts.

Daily NK, a South Korea-based outlet run mostly by North Korean defectors, reported Kim had undergone a cardiovascular procedure and was recovering at a villa in North Pyongan province.

Soon afterwards CNN reported that Washington was “monitoring intelligence” that Kim was in “grave danger” after undergoing surgery, quoting an anonymous US official.

A Japanese report even said he was in a “vegetative state”.

But a top security adviser to South Korea’s president later told the US broadcaster Kim was “alive and well”. Trump also downplayed reports of Kim’s poor health and possible demise.

“This incident is a reminder of how vulnerable we remain to groundless rumours about North Korea,” former US government North Korea analyst Rachel Lee told AFP.

Analysts say Kim is likely to make another public appearance in the coming days that will be reported by state media.

But an official explanation for his absence is unlikely.