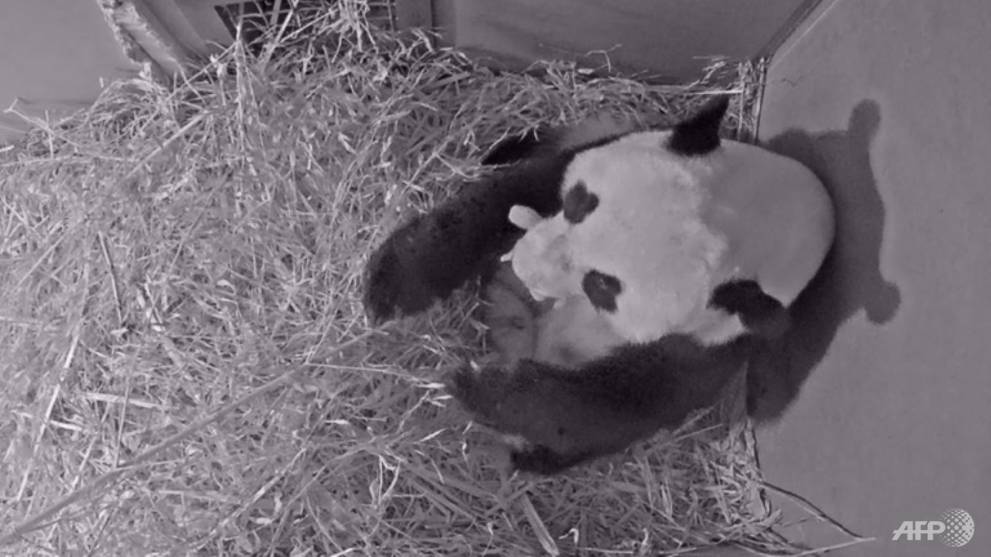 THE HAGUE: Wu Wen, a giant panda loaned to a Dutch zoo by China, has given birth in a first for the Netherlands, Ouwehands animal park announced Saturday (May 2).

Mating took place in January and the cub, which belongs to Beijing just like the mother and father Xing Ya, was born on May 1.

“The mother and her cub are staying in the maternity den and are doing well,” the zoo in the central city of Rhenen said in a statement said.

“Male or female? The cub’s gender will remain a surprise for the time being,” he added.

“The keepers are leaving Wu Wen and her cub alone. When the cub leaves the maternity den after a few months, we will be able to see what the gender is.

“When that happens, the little giant panda will be named,” Boekhoorn said. The cub will go to China after four years to join the breeding programme.

The mother and father were loaned to the Netherlands in 2017 for 15 years.

Giant pandas are found only in the wild in China where their habitat is shrinking.

However since 2016, they are no longer considered in danger of extinction but remain “vulnerable”.