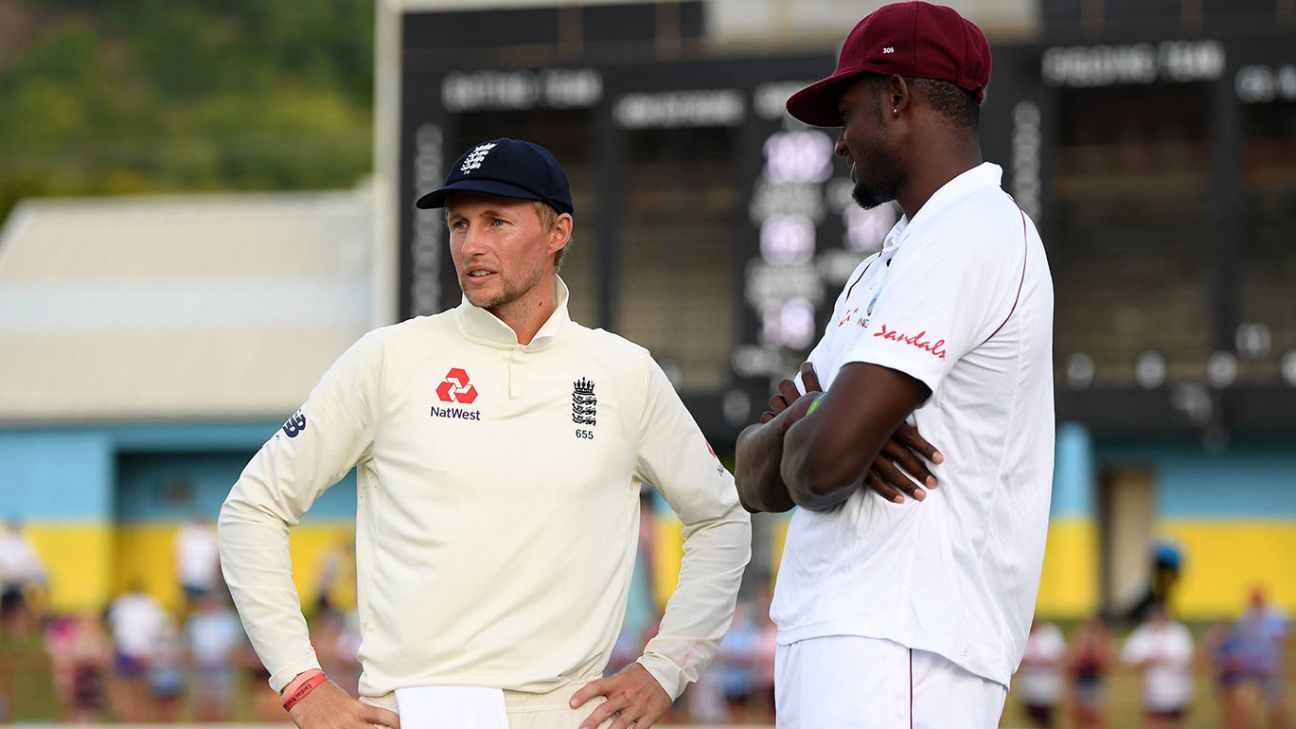 Representatives from England and West Indies, including Test captains Joe Root and Jason Holder, have been involved in “positive ongoing discussions” about rescheduling their forthcoming series, the ECB has said.

West Indies were due to arrive in the UK this month ahead of a three-Test tour, but that has now been delayed due to the Covid-19 pandemic. The English season is currently on hold, with no cricket planned before July 1 and the ECB working on contingency plans to try and fulfil its international fixtures once lockdown restrictions are lifted.

CWI chief executive Johnny Grave has previously outlined how the series could be moved to July. That would have involved a clash with the Hundred, but the ECB has subsequently put back the launch of its new tournament until 2021.

Any moves to put on Tests behind closed doors will need the approval of the UK government, however. Meetings with the Department of Culture, Media and Sport were held during the week, with the ECB understood to be taking a lead role in assessing the viability of “bio-secure” venues for the resumption of professional sport.

On the cricketing side, Root and England’s coach, Chris Silverwood, took part in a video conference with their West Indies counterparts, Holder and Phil Simmons.

“Positive ongoing discussions with the ECB and CWI continued on Friday,” an ECB spokesperson said. “Both boards were represented including captains, coaches, administrators and the chief medical officers from the respective boards.

“Discussions were wide-ranging including dialogue around revised schedules and COVID-19 medical and biosecurity planning.

“Meetings will be ongoing over the next few months to reach an outcome of when international cricket could potentially return. This is a long and detailed process and is very much in the early stages of planning. The guidance from the government will emphasise what we can do.”

CWI has also kept the West Indies Players’ Association (WIPA) in the loop on the England tour. CWI and WIPA had a call on Wednesday and both parties committed to have more discussions on the possibility of the tour going ahead.

Speaking in a recent interview with Caribbean TV channel CNC3, Holder said that all sides were involved in a “waiting game” but hopeful of a positive outcome despite ongoing worries about the coronavirus.

“We’re still sitting back and waiting. I just think it’s a situation where we’re all monitoring the situation over in England, particularly in Europe as well,” Holder said. “I’ve seen a few things in other sports where they’ve pushed the schedules back and not having fans … but it’s a waiting game. We can only sit tight and hope and pray we resume some type of normalcy in the not-too-distant future.

“This thing has been really, really serious, as we all know, and has claimed quite a few lives throughout the world, and that’s the last thing any of us would really want. I think we’ve got to play the safety card first before we can even think about resuming our normal lives.”