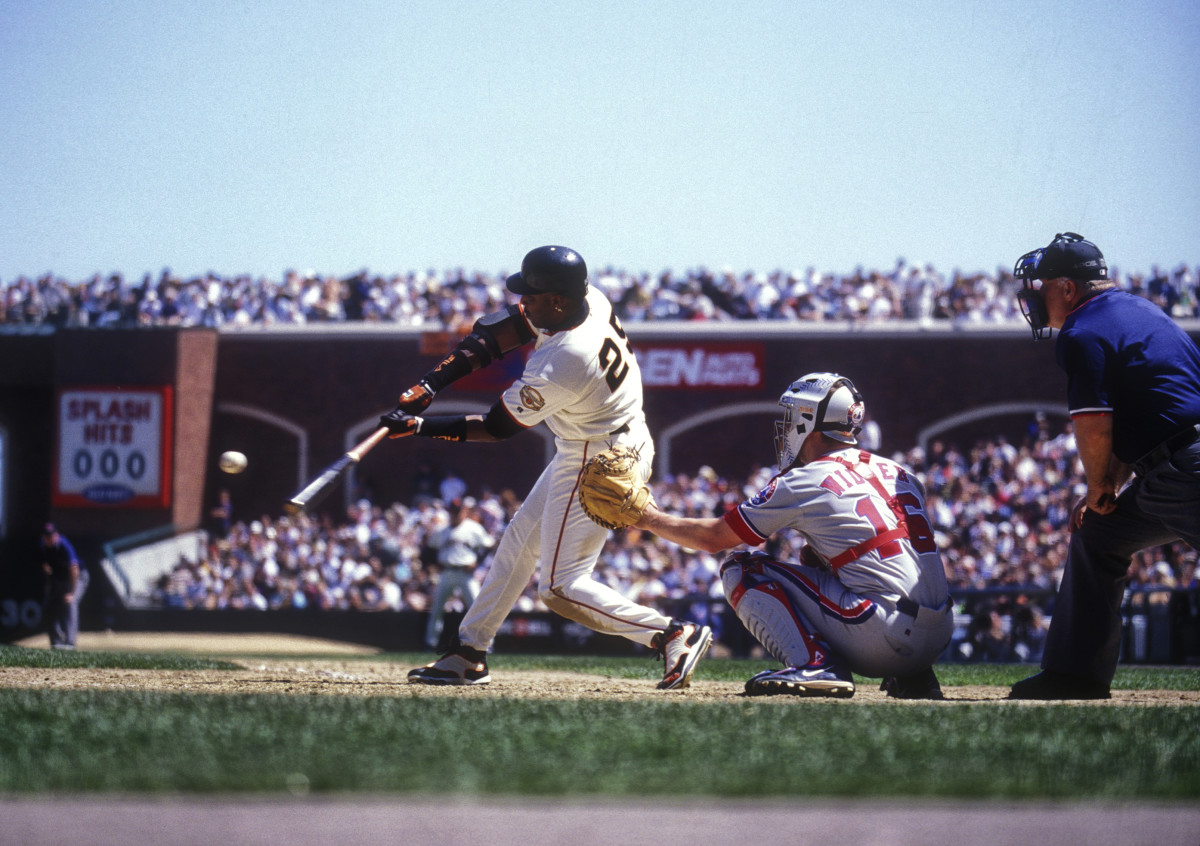 On May 1, 2000, Bonds hit a three-run home run in the sixth inning off Mets pitcher Rich Rodriguez that stretched beyond right field of Pacific Bell Park. It was the first of many baseballs to splash in the bay’s waters.

Bonds holds the Giants’ record for “splash hits” with 35 total in his career. The next closest to his record are Pablo Sandoval and Brandon Belt, who each have splashed eight home runs. Belt recorded the latest “splash hit” on Aug. 29, 2019, making for a total of 81 by Giants players since the park’s opening. A total of 45 home runs have been hit into the bay by visiting teams, and no right-handed batter has ever accomplished the feat with an opposite-field home run.

Pacific Bell Park, now known as Oracle Park, became the Giants’ new home starting in the 2000 season. A “splash hits” counter was placed in the stadium at the start of the year and moved to “001” upon Bonds’ first home run into the bay.

Soon after the opening of the Giants’ new ballpark, the section of the San Francisco Bay that lies outside right field was affectionately named “McCovey Cove” after former Giants first baseman Willie McCovey. The name was suggested by two sportswriters, Mark Purdy and Leonard Koppett, and a large bronze statue of McCovey stands at the center McCovey Point near the stadium at China Basin Park.

Bonds’ first “splash hit” in 2000 ended up with a fan who was waiting on an inflatable raft in San Francisco Bay. Throughout the years, fans have continued to come by boat and kayak and wait in McCovey Cove with fishing nets to try to secure a “splash hit” ball. The gathering echos how many fans watched Giants games during McCovery’s era outside right field at Candlestick Park before the upper deck was extended.

In his 22 seasons in Major League Baseball, Bonds hit an all-time record 762 career home runs. He spent the first seven years of his career with the Pittsburgh Pirates before he left the team to sign the largest deal in baseball history at the time. Bonds followed in the footsteps of his father, Bobby, and joined the San Francisco Giants during the 1993 season, signing a six-year, $43.75 million contract.

Despite being a seven-time MVP, 14-time All-Star and eight-time Gold Glove winner, Bonds never won a World Series trophy in his career. The Giants reached the World Series during the 2002 season but fell in seven games to the Anaheim Angels.

Though Bonds holds many accolades in MLB history, he has yet to be inducted into the National Baseball Hall of Fame due to his involvement in baseball’s steroid era. Two months after his last career game in 2007, Bonds was indicted by a federal grand jury in San Francisco on counts of perjury and obstruction of justice and was accused of lying about his recollection of taking steroids. After pleading not guilty to the charges in 2008, Bonds’ counts of perjury were dropped but he was sentenced to two years of probation, 30 days of home confinement, 250 hours of community service and fined $4,000 after he was found guilty of obstruction of justice. In 2015, the obstruction of justice count was overturned and the case was dropped by federal prosecutors following an appeal.

Bonds has two years remaining to have his name included on the BBWAA’s Hall of Fame ballot. He received 241 votes on the 2020 ballot, with 298 needed for election.