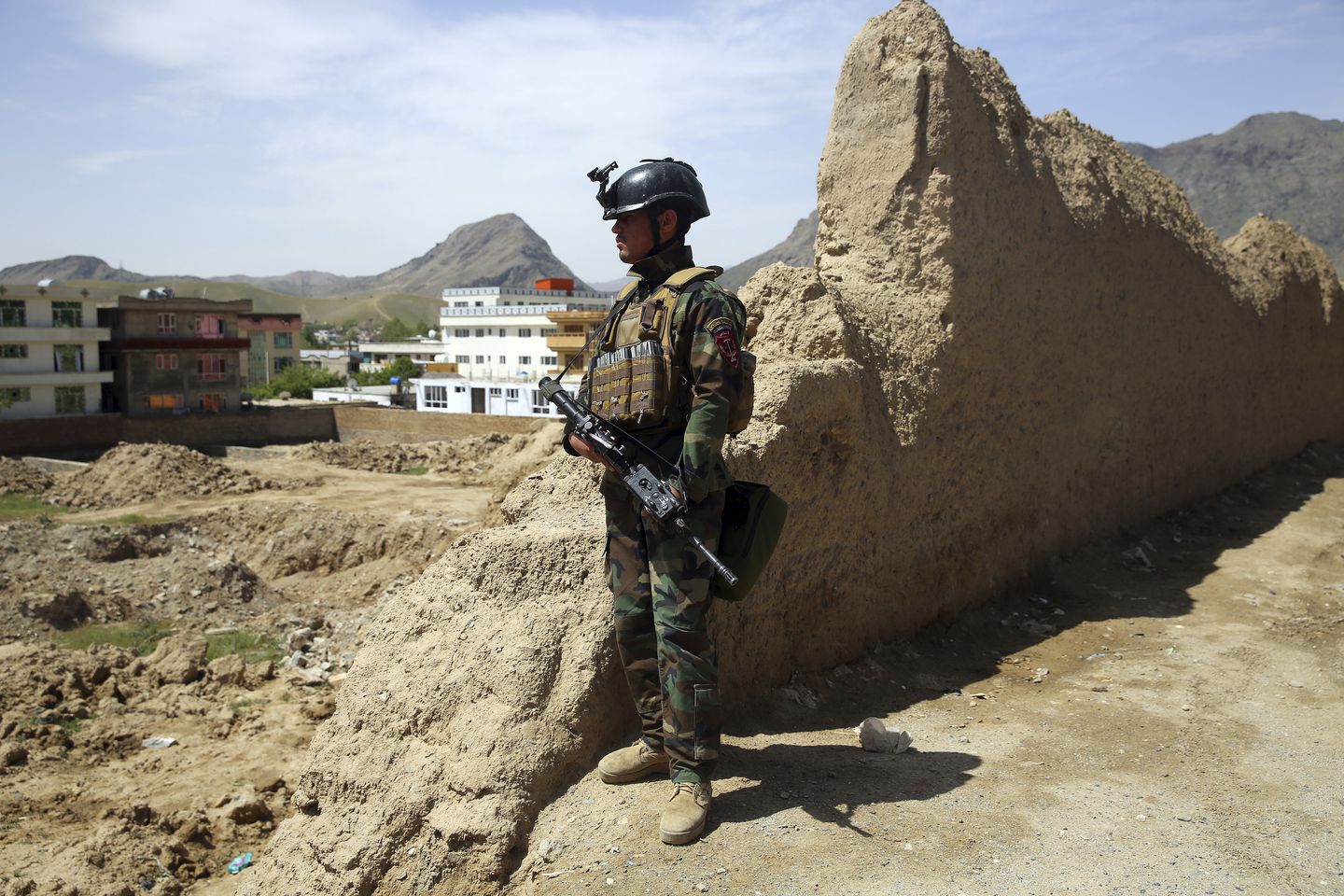 “The numbers show Taliban doing nothing for peace and everything to continue their campaign of terror against Afghans,” the council’s spokesman, Javid Faisal, said on Twitter.

The top U.S. commander in Afghanistan, Gen. Austin “Scott” Miller, on Tuesday called on the Taliban to reduce attacks and give “our political leadership on all sides an opportunity to determine the peaceful way forward,” according to a transcript of his remarks released by a U.S. military spokesman.

“If the Taliban continue to attack, then what they should expect is a response,” Miller said.

The increase in violence comes as U.S. officials struggle to keep the Taliban peace deal on track. The February agreement ended offensive operations between U.S. forces and the militant group and set a deadline of March 10 for the beginning of talks between the Taliban and the Afghan government. Those talks have yet to begin, and some fear the violence could be sapping what little momentum followed the signing of the deal.

Two Afghan security officials and a senior government official say Taliban fighters used a week of reduced violence in the lead-up to the peace deal to regroup. Now, with fewer U.S. airstrikes applying pressure to Taliban forces on the battlefield, Taliban fighters are launching more deadly attacks on Afghan government positions, the officials said. All three spoke on the condition of anonymity because they were not authorized to speak to the media.

Miller met with Taliban leadership twice in April “as part of the military channel established in the agreement . . . about the need to reduce the violence,” according to the SIGAR report.

The U.S.-Taliban peace deal does not prohibit Taliban attacks on the Afghan government, but following the deal, U.S. officials had said they expected violence levels to remain low.

Taliban leaders have balked at calls for reduced violence, blaming the Afghan government and U.S. forces for the continued hostilities. After appeals from the United Nations and the Afghan government for a cease-fire to mark Ramadan and to stem the spread of the coronavirus, a Taliban spokesman accused the government of creating “hurdles” to peace by delaying a planned release of prisoners and said the United States had violated the peace deal by delivering ammunition to Afghan forces.

“Demanding a cease-fire and reduction in violence at a time when the opposite side is not executing its own obligations is both illogical and opportunistic,” Taliban spokesman Zabiullah Mujahid said in a statement Sunday.

The Taliban has not asserted responsibility for all the attacks against Afghan forces, but has repeatedly stated that the group is in compliance with the terms of the U.S. agreement.

The violence is just one of many factors threatening the future of the peace deal between the Taliban and the United States, according to Laurel Miller, who previously served as the acting U.S. special representative for Afghanistan and Pakistan and is now the director of the International Crisis Group’s Asia program.

“In the context in which momentum has already been lost and is eroding, the resurgence of violence is another factor that sours the atmosphere for talks,” she said.

The Afghan government and the Taliban were supposed to launch direct talks in March, but the negotiations over a controversial prisoner swap collapsed in early April.

“Violence affects the willingness of people to accept compromises,” Miller said, and high death tolls provide fodder to those who don’t want to see peace talks succeed. “The violence is a way of discrediting the whole promise of the process.”

A senior security official in the northern province of Takhar, one of those hit hardest by the recent wave of Taliban attacks, said the week of reduced violence ahead of the peace deal was critical to the recent spike in Taliban attacks.

Another senior Afghan security official described the decision to reduce Afghan government offensives as “a goodwill gesture from the government for the sake of peace.” But “it seems the adversary is taking advantage,” he said. “The Taliban think they are winning.”