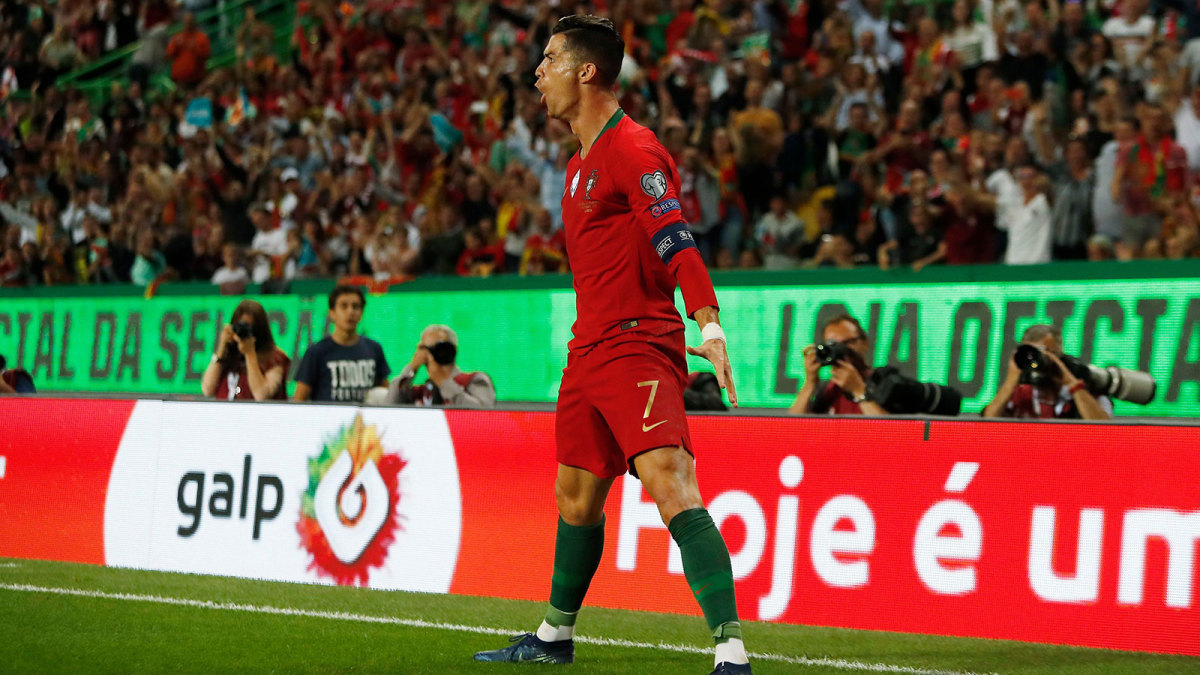 From lockdown limbo in Moscow, João Mário is trying to help fellow footballers who are struggling back home in Portugal.

The European Championship winner and other Portugal stars are supporting an initiative by Cristiano Ronaldo to help semi-professional players in the lower leagues cope with the economic impact of the coronavirus pandemic, which has shut down soccer across Europe.

“It’s a bad situation for everyone, but in these kinds of situations, it’s worse,” João Mário said in an interview with The Associated Press. “They really need our help … so I’m trying to give them my support.”

Portugal hoped to defend its European Championship title this year. Instead, the squad has come together to hand over part of their Euro 2020 qualification bonuses to help lower-league clubs and players.

“Cristiano presented us an initiative for us all to help especially those players that are struggling, that do not have professional contracts,” João Mário said. “He is always trying to give the example, not just with us, but also by himself. We can see how much he is doing now with this situation for Portugal. So, for us as teammates, it is great to see what he is trying to do.”

Money is also being donated to healthcare workers.

“I’m not seeing these like an obligation,” João Mário said. “It’s not just football players that earn big money or have big contracts. Everyone that can help people should do because we are talking about people in many cases that don’t have food to give to their kids.”

Five months ago, João Mário helped with the draw to determine the Euro 2020 group stage line-up. The coronavirus means Portugal’s reign as European champion will extend into a fifth year, with the tournament having been postponement until June 2021.

That is, if the Euros can proceed as planned even next year, with games set to be staged in a dozen cities across Europe.

“I hope next year all will be solved,” João Mário said. “It will be a victory for all of the world.”

For now, returning to the pitch is far from his mind.

“We cannot think about playing football in this moment because it is not safe — not even for us,” he said. “So we are trying to know if it is possible to be back playing and playing with certainty. It is not 100% sure that we will return. So I think football is not the first thing right now.”

Which club side João Mário will be playing for in the coming months is unclear. He is contracted to Inter Milan but has spent this season on loan at Lokomotiv Moscow. It is a temporary arrangement that is due to end on June 30, but the currently-suspended Russian season might well stretch into the summer.

“It is a big confusion for me because I don’t know what is going to happen if the league extends until August,” he said in a video interview from Moscow. “I don’t know if even the players or the clubs have the obligation to continue or not. So I am trying to understand. I am talking with the club, of course. But it is a situation that I guess not even the clubs know already what is going to happen.”