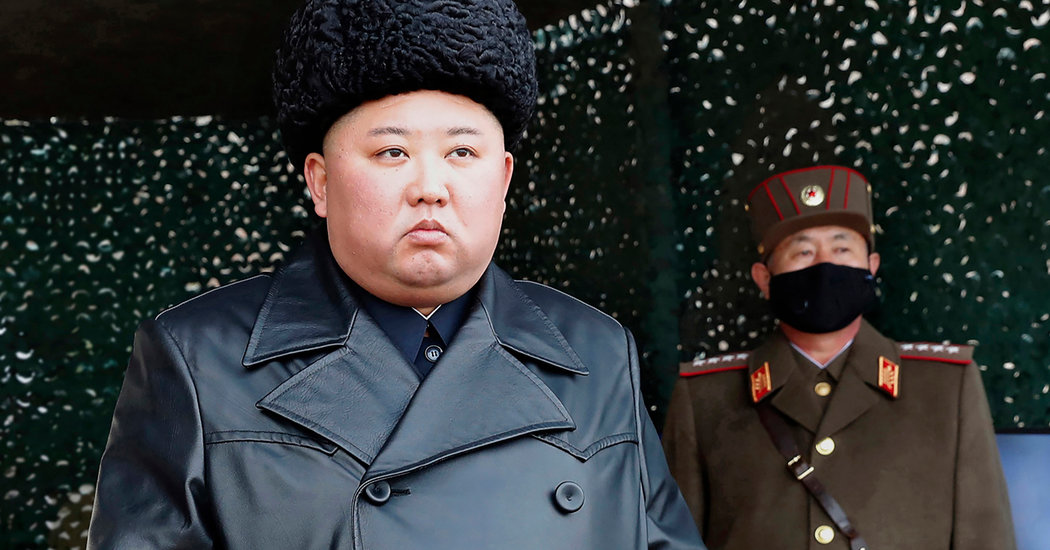 He appeared at a ceremony at a factory in Suncheon, the news agency said. The report has not yet been independently confirmed.

Mr. Kim, 36, last appeared publicly on April 11. Speculation about his health — and about who would take over the hermetic country with a nuclear arsenal should he become incapacitated or die — began swirling after Mr. Kim missed the state celebrations of his country’s biggest holiday on April 14. On that day the country marks the birthday of his grandfather, Kim Il-sung, the founder of North Korea.

The rumors had subsequently gone into overdrive, claiming that he was “in grave danger,” in a “vegetative state” after botched heart-valve surgery, or in quarantine after contracting Covid-19. Other reports said that China had sent doctors to Pyongyang to save him.

But the South Korean government pushed back against all the speculation. Its unification minister, Kim Yeon-chul, called the reports “fake news,” saying that South Korea could say “confidently” that there was no evidence to confirm rumors that Mr. Kim was gravely ill.

Amid the reports, North Korea had continued to send out letters and gifts to foreign leaders and domestic workers under Mr. Kim’s name.

The rumor mill about Mr. Kim’s fate had been fueled by the fact that North Korea had not reported a public appearance by its leader for weeks. Nor had it responded to lurid claims about his health.

This is not the first time Mr. Kim had disappeared from public view for weeks at a time or faced intense speculation about his health. And the information vacuum surrounding the doings of North Korean leaders leaves fertile ground for misinformation to spread.

Some past rumors about the health of North Korean leaders have indeed proved true, like speculation that Mr. Kim’s father, Kim Jong-il, had a stroke in 2008. But most turned out to be groundless.

In 2014, Kim Jong-un disappeared for more than a month, prompting rumors that he might have been deposed in a coup. North Korean media later showed him walking with a cane; South Korean intelligence said he had undergone ankle surgery.