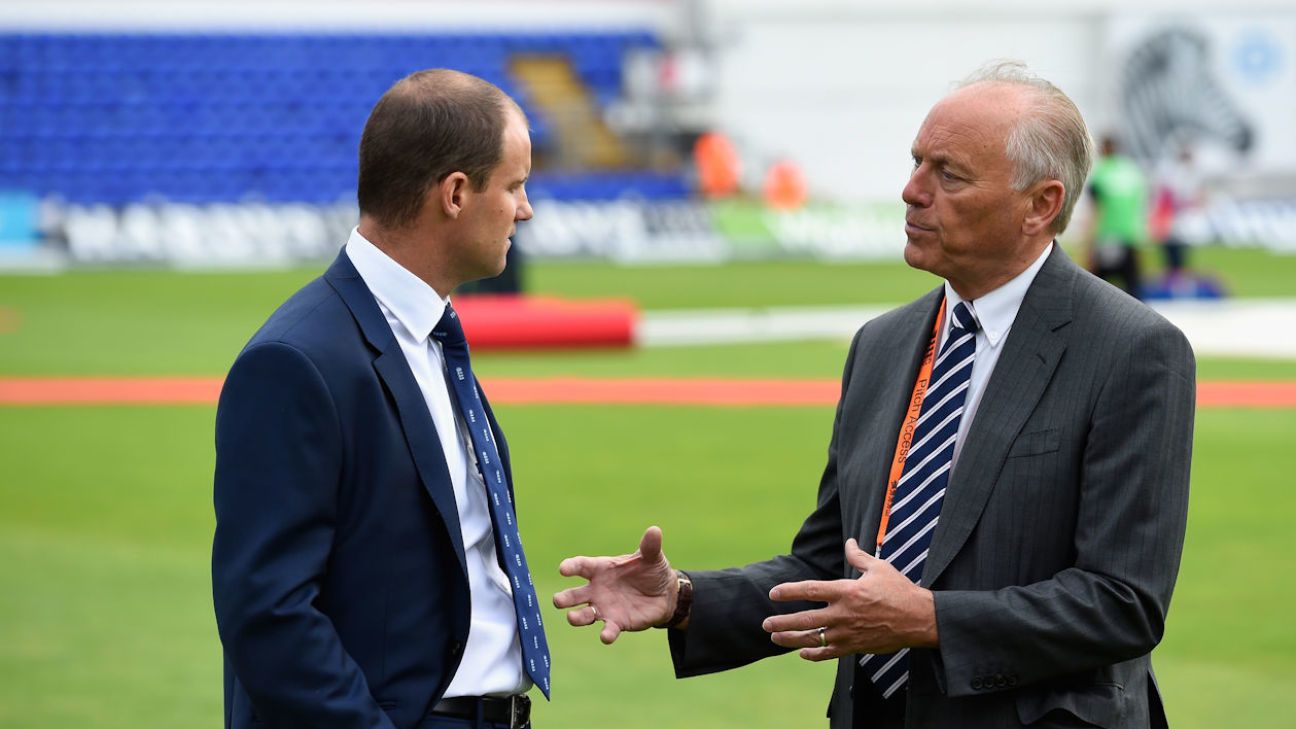 Colin Graves will end his five-year tenure as ECB chairman on August 31, with Ian Watmore cleared to succeed him following a review into the circumstances of his departure from the Football League.

The decision was confirmed by the ECB board in the wake of the decision to postpone the first season of the Hundred until 2021.

Graves, who was appointed as chairman in May 2015, had been an integral figure in the creation of the new competition, and last year agreed an extension to his tenure until November 2020, in order to oversee its inaugural season, which had been due to run from July 22 to August 14.

Now, however, with the Covid-19 outbreak forcing a suspension of all cricket in England and Wales at least until July 1, Graves has agreed to end his term early. While there is much work to be done in the interim as English cricket grapples with the challenge of the pandemic, Graves’ focus is sure to veer towards his bid to become the new ICC chairman, with the election due to take place at the AGM in June.

Commenting on his decision, Graves said: “With the launch of The Hundred unavoidably moved to 2021, I have reviewed last year’s extension of my term as Chair, and put a request to the Board to now finish early, on 31 August.

ALSO READ: First season of the Hundred postponed until 2021

“It feels important to both the game and the ECB Board, to allow Ian Watmore to commence his role earlier than originally agreed. I have no doubt that his wealth of experience in sport, business and government will be invaluable as we navigate through this crisis

“I have been extremely heartened by how cricket has come together in these recent, unimaginable times. There remains a long road ahead, but I have immense confidence in the excellent leadership of Tom Harrison, our Executive Management Team and the ECB Board as they shape the direction of our response to COVID-19.

“It has been a privilege to work with so many passionate people across the game who are driven by their belief in cricket’s power to improve lives and connect communities.

“There is still much to be done in the coming months as I continue to lead the ECB during this challenging time. As we get closer to August I will look forward to saying my farewells and sharing good wishes to all those I have worked alongside.”

Watmore’s tenure still needs to be rubber-stamped by the first-class counties at the ECB’s AGM at the end of May, but he has received a vote of confidence from the board following a week of newspaper allegations about his conduct while serving as the chairman of the Football League.

According to a report in the Daily Mail, Watmore had been involved in discussions over a breakaway league that could have jeopardised a £595 million broadcast deal with Sky Sports, who are also the ECB’s principal partners. The report also claimed he left his role, citing ill health, the week after the EFL had announced an independent inquiry.

However, the ECB confirmed that a review into his appointment, by a sub-committee of directors comprising Barry O’Brien, Katie Bickerstaffe and Martin Darlow, had uncovered no wrongdoing. In addition, it was concluded that the appointment process had been undertaken in a “thorough and professional manner” and the Board now regards the matter closed.

Watmore’s appointment was unanimously endorsed by the ECB Board on Wednesday, where fellow board members Darlow and Lucy Pearson also had their terms extended.