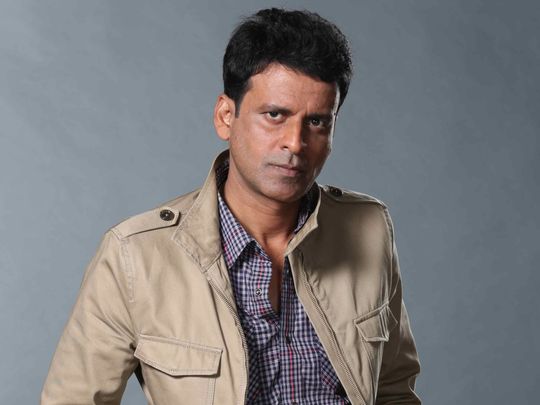 Indian National Award-winning actor Manoj Bajpayee, who went on a self-imposed exiled with his family to the mountains of Uttarakhand during the coronavirus outbreak in India, is onto something here.

He believes that the viewers who consume and devour entertainment would have gone through a dramatic shift.

“Post lockdown, the entertainment world is going to be very different. Our digital success of ‘1971’, a film of mine that released in 2007, proves that people have gotten used to watching content on the digital platform. Trust me, this period will change the whole habit of viewers and what they consider entertainment,” said Bajpayee in an exclusive interview over the phone from the mountains of Uttarakhand.

A ‘goofed-up’ distribution of his war film ‘1971’ in 2007 meant that the film’s release went unnoticed and didn’t garner any appreciation when it originally released. But its recent run on YouTube had a happier ending with his fans embracing the war thriller that chronicled the escape of Indian prisoners of war holed up in Pakistan.

“‘1971’ got so much traction now. We made that film with a lot of difficulties in Manali. It was well-shot, directed well and the actors you see in that film are doing so well in their career now. But a goofed-up distribution meant it didn’t do well back then. Now it’s getting its due finally,” Bajpayee said.

Perhaps, that film’s success has given the actor the much-need impetus to believe that online viewing can be equally gratifying. His theory on changing tastes of viewers who lap up entertainment content will be tested further on May 1 as he rolls out his new film ‘Mrs Serial Killer’, a thriller directed by Shirish Kunder and co-starring Jacqueline Fernandez.

“‘Mrs Serial Killer’ was always destined to be on digital media as it is a Netflix original. But remember that digital viewers are ready to watch content, but they are very brutal. If they don’t like something, they reject it immediately. But I am completely fine with that. I have always been a part of life-changing, grammar-changing films, but the distribution of films, theatre regulations and that competition there makes it impossible to compete,” the actor added.

Bajpayee is a self-made actor who wasn’t born into a privileged acting dynasty, nor did he have powerful industry connections. The Indian National School Of Drama graduate (who was admitted into the revered acting school after his application was rejected four times) made it on his own steam by spearheading bold projects such as director Ram Gopal Verma’s gangster film ‘Satya’, psychological thriller ‘Road’, the period star-crossed romance ‘Zubeidaa’ and the stirring drama ‘Aligarh’. But Bajpayee, whose cabinet is burgeoning with trophies, including two National Awards, a Padma Shri civilian honour and multiple popular film awards, isn’t fighting the change or the evolution of viewers’ tastes.

“It’s a fantastic time for an actor like me. Now we can go ahead and choose content based on the quality of the script or on the genius of the writer. Earlier, we had to base our decision on market elements like ‘who are the stars of a film’, ‘who is making or distributing it’ or ‘how will the film do at the box office’. All that headache for an actor has been taken away… It is giving us the liberty to just focus on the content and its merit,” said Bajpayee.

His latest project — ‘Mrs Serial Killer’ — in which he plays a man who is wrongly accused of a series of murders seem to be a testament to him being open to experimenting with films.

Director Kunder is yet to prove himself as a sturdy filmmaker. His two directorial ventures ‘Joker’ with Akshay Kumar and ‘Jaan-e-mann ‘with Preity Zinta and Salman Khan didn’t find many takers. But his 18-minute short psychological film ‘Kriti’ with Bajpayee, Radhika Apte and Neha Sharma was appreciated.

Point out the checkered career of director Kunder to Bajpayee and he completely rubbishes our misgivings. The actor described him as an unassuming, quiet genius who’s yet to be discovered by Indian cinema. It was during a lunch meeting with Kunder’s wife-director Farah Khan at their home that the two hit it off well. Bajpayee remembered him as a reserved man who kept to himself. They got talking and the actor found himself coaxing Kunder to make a short film.

After ‘Kriti’, Kunder returned to him with an acting job for ‘Mrs Serial Killer’. As the title suggests, the movie is told from Feranadez’ perspective.

“He told me that the role was a significant one, not necessarily a long, meaty one. And that I can always turn him down. But I found the story of ‘Mrs Serial Killer’ interesting. Trust me, it’s a fabulous script that he has written and he has done its music too. He’s got such amazing talent. But I knew it was going to be a roller-coaster ride.”

Bajpyaee is also armed with an interesting theory about how desperation can be the fountain for creativity.

Bajpayee, who believes that Kunder is amazingly talented, claims he placed his full faith and trust in Kunder while playing someone who has been accused of murder and is dependent on his on-screen wife to prove his innocence.

“A psychological thriller’s success depends on the intelligence in writing. They are fascinating because anyone who can write a compelling serial killer thriller reveals an interesting facet about themselves as writer.” But what truly rocks his boat is when a character in a psychological thriller is chilling without coming across as ‘dark or morbid’.

“They can be unpredictably crazy, but it’s more fascinating for an actor if they aren’t dark. That’s too easy,” he said.

For ‘Mrs Serial Killer’, Bajpayee relied on Kunder’s instructions. “I didn’t prepare myself per se. I went ahead with his conviction and nothing else. His anticipation towards my role was the guiding force … Usually, I do a lot of rigorous preparation while doing roles. But the fact that I clearly listened to Shirish and his vision surprised me too. Sometimes it pays off and sometime it doesn’t. I hope we are lucky together.”

Manoj Bajpayee is in Uttarakand in the mountains with his family during the coronavirus outbreak in India. He was filming for an independent feature when the shooting was cancelled after four days.

“The entire unit went away, but my family was there for the vacation with me already. So we decided to stay put. There is so much openness and beauty here. I am happy to be with my family in this lockdown. The entire world has come to a halt. But I am in a happy zone.” His advice to all to combat coronavirus distancing blues?

“Don’t think of anything and everything and needlessly stress. Just read book, watch interesting films and shows and spend time with your family. You will never get this time back again. When the world will come back to work, there is no stopping after that. I am very happy wherever I am. My family and I have very few needs and wants. ”

Manoj Bajpayee’s actress wife Neha is fascinated by serial killers. Bajpayee tells us that she has in-depth and vast knowledge on notorious serial killers around the globe. She’s now fascinated by Ted Bundy and he didn’t have to go far when he had doubts in that zone.

The hit web series ‘The Mind Hunters’ was a good starting point of reference for Manoj Bajpayee.

“That series gave us such insight into each serial killer, their obsessions, how their brain functions and the manner in which they choose their victims. The book and the series are such good research materials in itself.”

Manoj Bajpayee has finished the filming of season 2 of ‘The Family Man’, the hit thriller show on Amazon Prime Video.

“It’s now in post-production stages and Amazon Prime will announce the premiere dates of the second season. All I can tell your readers at this time is that our second season will be bigger and better. Srikant Tiwari is going through the most challenging times in season 2.”

Mrs Serial Killer will be streaming on Netflix on May 1.