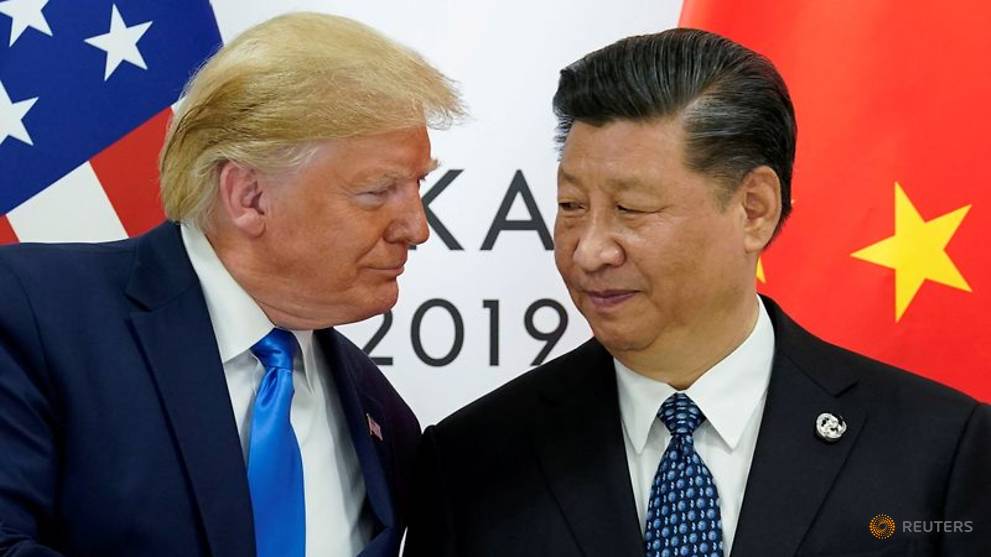 WASHINGTON: US President Donald Trump on Thursday (Apr 30) threatened new tariffs against Beijing after claiming there is evidence linking the coronavirus to a lab in China’s ground-zero city of Wuhan.

Asked if he had seen anything giving him a high degree of confidence that the Wuhan Institute of Virology was the origin of the outbreak, Trump replied, “Yes, I have.”

The Republican is increasingly making complaints over Beijing’s handling of the pandemic outbreak a major issue for his November re-election campaign.

READ: Trump says China ‘will do anything they can’ for him to lose re-election race

He told reporters at the White House that US agencies were investigating how the virus first emerged and what China had done to stop it spreading to the rest of the world.

“We’ll be able to get a very powerful definition of what happened,” he said, adding that a report would be made to him “in the not too distant future.”

But even as the issue remains under probe, Trump said he already has suspicions.

“They could have stopped it,” he said, attacking China for not cancelling international flights out of the country in time.

Several theories are circulating on how the virus appeared in Wuhan, including that it emerged from a market selling live animals or accidentally from the Wuhan research lab.

The US intelligence community said Thursday it had concluded that the novel coronavirus originated in China but was not man-made or engineered.

Pressed by reporters at the White House for details on what made him so confident about a link to the laboratory, Trump replied: “I cannot tell you that.”

Regardless of where blame lies for the outbreak, Trump is ramping up a war of words with Beijing, claiming again on Thursday that “China doesn’t want to see me reelected.”

Attention is now turning to what Trump will do in terms of threatened retaliation. The new tension comes only months after the US and China settled a trade war which had been roiling world markets.

Until now Trump has been notably vague on what measures he is considering but tariffs, he said, are a possibility.

But asked about reports that he could cancel US debt obligations to China, Trump said he could “do it differently” and act in “probably a little bit more of a forthright manner.”

“I could do the same thing but even for more money, just putting on tariffs,” he said.