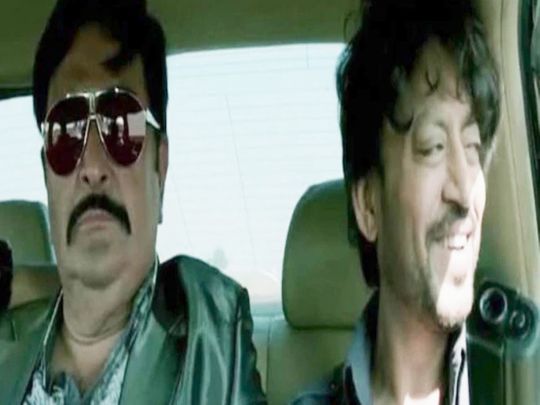 Dubai-based film producer, who worked with Irrfan Khan and Rishi Kapoor in his movie productions, is grappling with a double tragedy this week.

Arun Rangachari of DAR Motion Pictures, who produced Kapoor’s gangster thriller ‘D-Day’, also starring Khan, and the delectable romance ‘The Lunchbox’ with Khan and director Ritesh Batra, couldn’t believe that the two talents that he worked with are no longer with us.

“The world of cinema will not be the same without you two in it … Rishiji played the main antagonist with menacing aplomb in ‘D-Day’, perhaps the only time that both these legends appeared in a movie together. Rishi was a highly disciplined actor with a work ethic that would put much young actors to shame,” said Rangachari, the chairman of DAR Motion Pictures, in an interview with Gulf News.

Kapoor died in Mumbai on April 30 after his two year battle with cancer. A day earlier, Bollywood was grappling with the loss of Khan to cancer too.

“Irfaan collaborated with us on two films — ‘The Lunchbox’ and ‘D-Day’. During the course of these projects I got to know him well and was struck by his humility, self effacing nature, passion for cinema and generosity of spirit. His mere presence on a film set brought out the best in everyone around, be it his fellow actors, directors or crew members.” said Rangachari.

The producer, based in this region, also revealed that Khan and he were in talks to spearhead another comedy.

“A project that we had discussed and were looking forward to sometime in the future will sadly not see the light of day now,” said Rangachari.

It’s a bleak day for Bollywood movie fans as they struggle to gain closure on the death of two tremendous actors and cancer warriors.