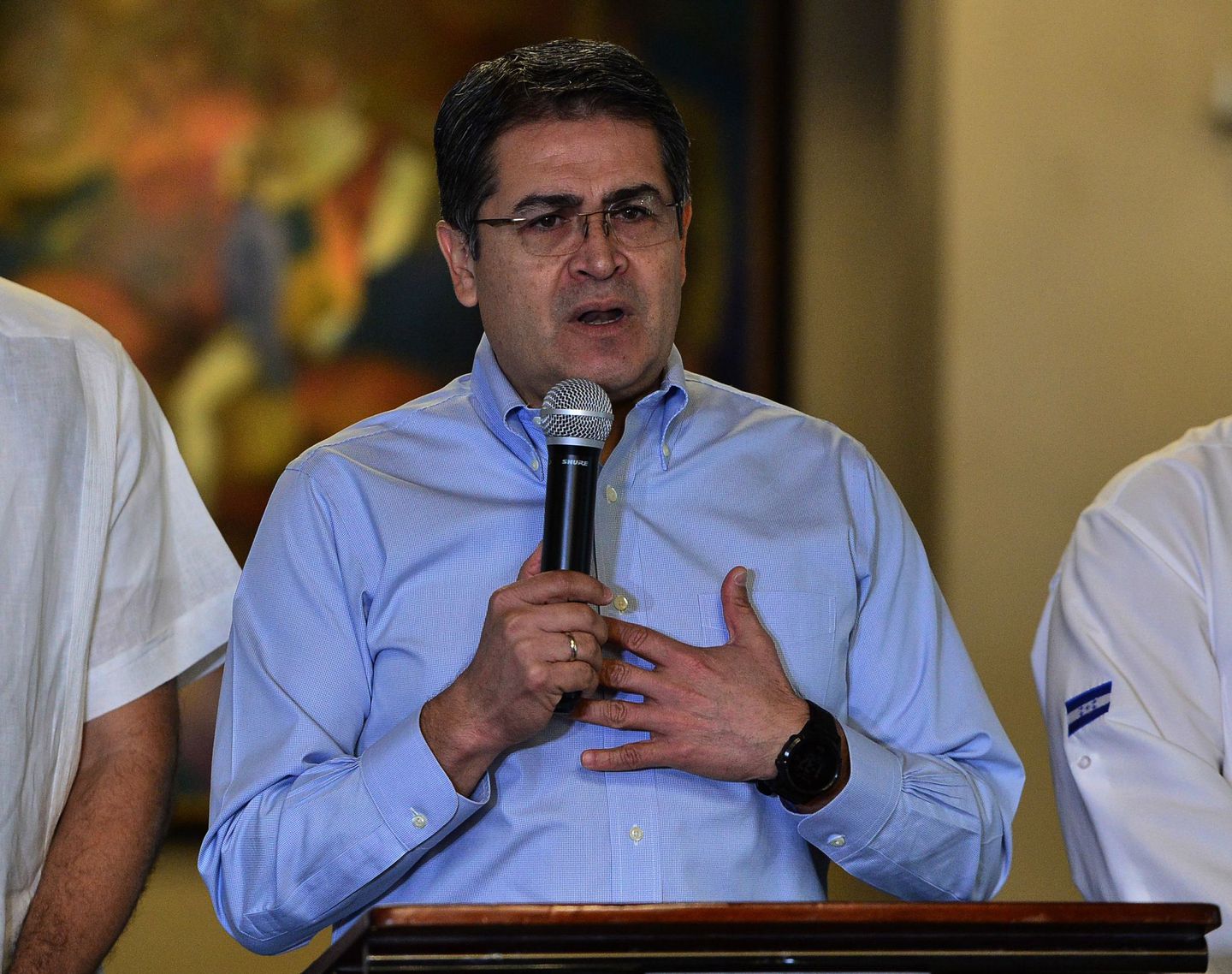 Bonilla was charged with conspiring to send cocaine to the United States and committing weapons offenses. He said he was not guilty.

The Trump administration has drawn closer to Hernández, who has been receptive to its immigration policies in Central America, even as U.S. justice officials have repeatedly alleged he is connected to narcotics trafficking. During his brother’s federal trial in New York last year, prosecutors said Hernández had received a $1 million bribe in 2013 from Sinaloa cartel leader Joaquín “El Chapo” Guzmán.

The Honduran president has denied those accusations. He did not react publicly to the charges announced Thursday.

The conservative Hernández recently concluded an agreement to take in asylum seekers who are turned away at the U.S. border. Trump noted that cooperation last week, when he tweeted that he had promised to send the Honduran president lifesaving ventilators for the country’s covid-19 victims.

The administration’s cordial tone toward Hernández amid the drug allegations contrasts sharply with its attitude toward Venezuela’s leftist leader, Nicolás Maduro.

The Justice Department has charged Maduro and senior members of his government with narcoterrorism. Prosecutors accuse the socialist government of turning the South American country into a transshipment point for cocaine bound for the United States. The U.S. government, which does not recognize Maduro as Venezuela’s president, is offering $15 million for information leading to his capture or conviction.

Adriana Beltrán, a Central America analyst at the Washington Office on Latin America, said that there was a “wealth of evidence” that senior Honduran officials were colluding with organized crime — but “the White House is still more interested in halting the flow of irregular migration than in tackling one of the greatest ills in Honduras, which is systematic corruption.”

The charging document released Thursday accused Bonilla, 60, of taking bribes in exchange for providing information to cocaine traffickers and helping them pass through police checkpoints. In a news release, prosecutors said the former police chief used violence “to protect the particular cell of politically connected drug traffickers he aligned with.” That cell, the statement said, included Hernández and his brother.

In 2011, prosecutors said, Bonilla helped kill a rival drug trafficker who was trying to take over part of a trafficking route used by Tony Hernández and his accomplices.

Bonilla rejected the charges and said some of them amounted to a vendetta by drug traffickers he had pursued.

“I have never been a friend of drug traffickers, nor of those politicians that, according to the allegations, dedicated themselves to these kinds of illicit activities,” he said on the Honduran news program Hoy Mismo.

Bonilla, known as “the Tiger,” is in Honduras, where he does not face any charges. He served in the police force from 1985 to 2016, according to the charges, and held the top job from 2012 to 2013, under then-President Porfirio Lobo. Juan Orlando Hernández was leader of the Honduran Congress from 2010 to 2013. He became president in 2014.

The Honduran government did not say whether it would extradite Bonilla to the United States.

Eugenio Sosa, a political analyst in Tegucigalpa, said the latest allegations of drug corruption were a major problem for Hernández because they formed part of a pattern.

“Today he’s trying to gain legitimacy through the way he’s handling the pandemic,” he said. “But this latest event, the indictment of Bonilla, will be quite a blow.”