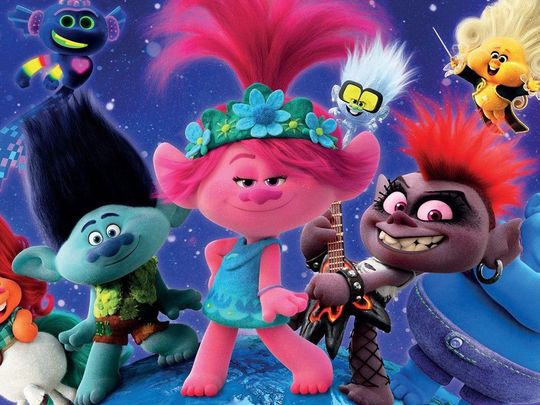 The leading US movie theatre chain said Tuesday it will no longer play any Universal Pictures movies on its screens as a row over the record-breaking release of ‘Trolls World Tour’ on streaming platforms sharply escalated.

The children’s film sequel from Universal Pictures — one of Hollywood’s largest and oldest studios — was released directly to on-demand platforms last month after its theatrical release was hit by the coronavirus.

At the time the studio indicated the move was an exceptional response to the pandemic.

But a report Tuesday quoted a Universal boss saying the studio’s movies would now be released “on both formats” even once theatres reopen, due to the film’s record $95 million streaming haul.

AMC, the largest theatre chain with 8,000 screens across North America, responded with a letter to Universal stating that “effectively immediately AMC will no longer play any Universal movies in any of our theatres in the United States, Europe or the Middle East.”

“AMC believes that with this proposed action to go to the home and theatres simultaneously, Universal is breaking the business model and dealings between our two companies,” CEO Adam Aron added in the letter carried by US media.

Before the pandemic, studios typically waited 90 days to release films digitally after their theatrical opening.

The row comes at a time of dire warnings over the future of the theatre industry, as streaming soared in popularity even before the onset of the coronavirus pandemic.

Theatres around the world took in an all-time record $42.5 billion (Dh156.08 billion) last year — boosted by a string of Disney mega-hits — but most of the growth came outside North America.

According to the report, “its performance has convinced Universal executives that digital releases can be a winning strategy, and may diminish the role of theatres even after the pandemic passes.”

“As soon as theatres reopen, we expect to release movies on both formats,” NBCUniversal head Jeff Shell told the newspaper, adding the film had “exceeded our expectations and demonstrated the viability” of streaming.

“Universal does not have reason to use unusual circumstances in an unprecedented environment as a springboard to bypass true theatrical releases,” said National Association of Theatre Owners head John Fithian.

Neither Universal Pictures nor AMC responded to request for comment.

‘Trolls World Tour’ is one of many studio titles — in particular, family films — to recently skip the traditional “theatrical window” due to coronavirus.

Warner Bros will release “Scoob!” direct to streaming next month, Disney has earmarked ‘Artemis Fowl’ for Disney+, and Paramount title “Lovebirds” is headed straight to Netflix, in another industry first.

Major US movie theatres do not plan on reopening until the summer, despite some states authorising cinemas to resume business.