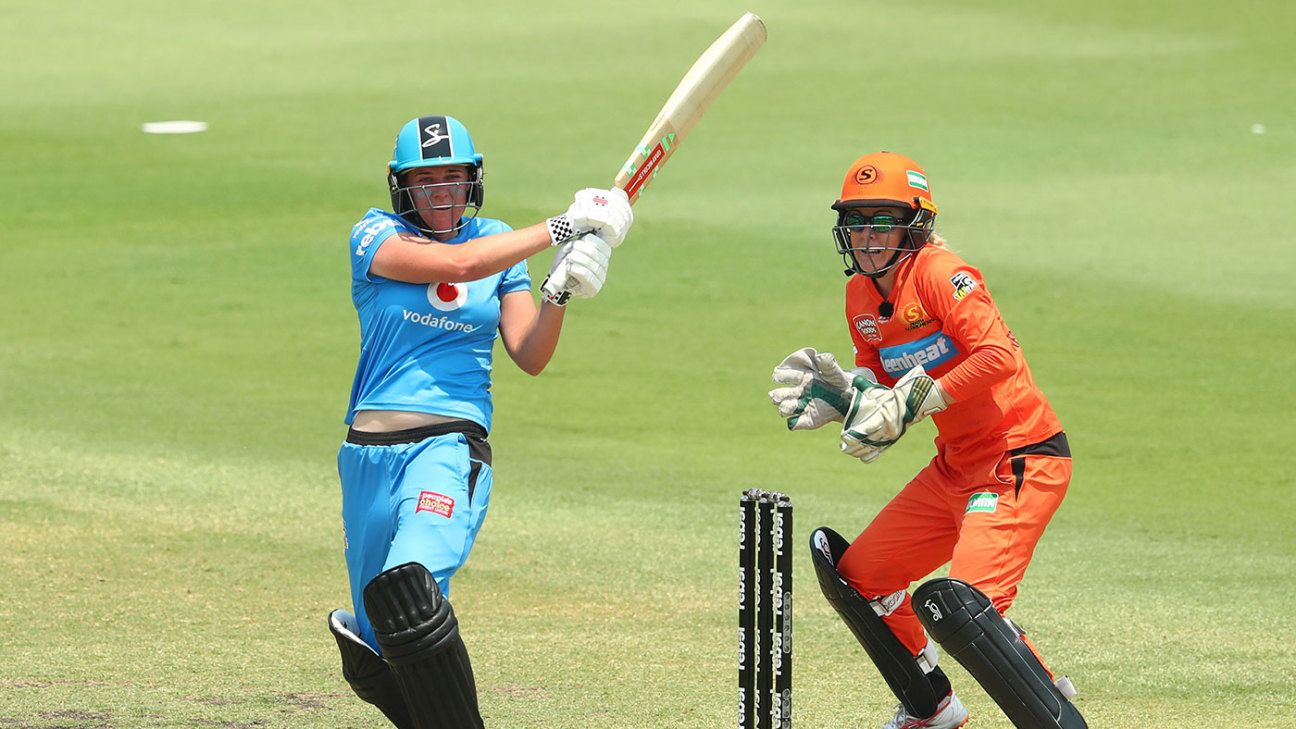 Allrounder Tahlia McGrath has been included among 15 contracts handed out for Australia’s women’s squad alongside the expected inclusions of fast bowler Tayla Vlaeminck and allrounder Annabel Sutherland.

Top-order batters Nicole Bolton and Elyse Villani lose their deals having dropped out of the reckoning over the last 12 months.

Following their success in winning the T20 World Cup last month, the major focus for the women’s team over the next 12 months is the 50-over tournament in New Zealand scheduled for 2021 although that could yet be impacted by the covid-19 pandemic.

McGrath’s name is the most notable among the inclusions for 2020-21 having last played for Australia in 2017 and it comes off the back of a strong season for Adelaide Strikers and South Australia. Shawn Flegler, the women’s national selector, explained that with Ellyse Perry and Vlaeminck recovering from injuries sustained during the T20 World Cup McGrath would add depth to the all-round resources.

“Tayla Vlaeminck and Annabel Sutherland were upgraded to CA contracts last season and were members of Australia’s triumphant T20 World Cup squad. They have emerged as key figures in the team and deserve their place on the contract list,” Flegler said.

“Tahlia McGrath had a brilliant season with the Adelaide Strikers and South Australia, winning the Andrea McCauley medal. She’s been a consistent performer over the last few seasons with bat and ball, including the five matches she played for Australia during the 2017 Ashes series.

“With Tayla and Ellyse Perry coming back from long-term injuries, Tahlia will add extra depth to our all-rounders, especially with her bowling. We saw that depth come into play during the recent World Cup and we know that will be important with another World Cup scheduled this summer.”

Flegler offered hope of a way back for both Bolton and Villani if they can dominate in domestic cricket while said that Erin Burns, who was part of the T20 World Cup squad, was unlucky to miss the cut.

“The door is not closed on any of the players who did not receive a new CA contract,” he said. “There will be plenty of opportunities for Nicole Bolton and Elyse Villani who both missed out to make their case once cricket resumes. Both are world-class when at their best, so hopefully they can dominate domestic cricket and put their hands up for selection.

“Erin Burns was unlucky to miss out having been upgraded to a full contract this season but is highly rated by the selectors. She’s an adaptable player and is still in the mix for future selection. Molly Strano also misses out despite being drafted into Australia’s World Cup squad and playing an important role, but she too is highly rated and will be looked at for future opportunities.”