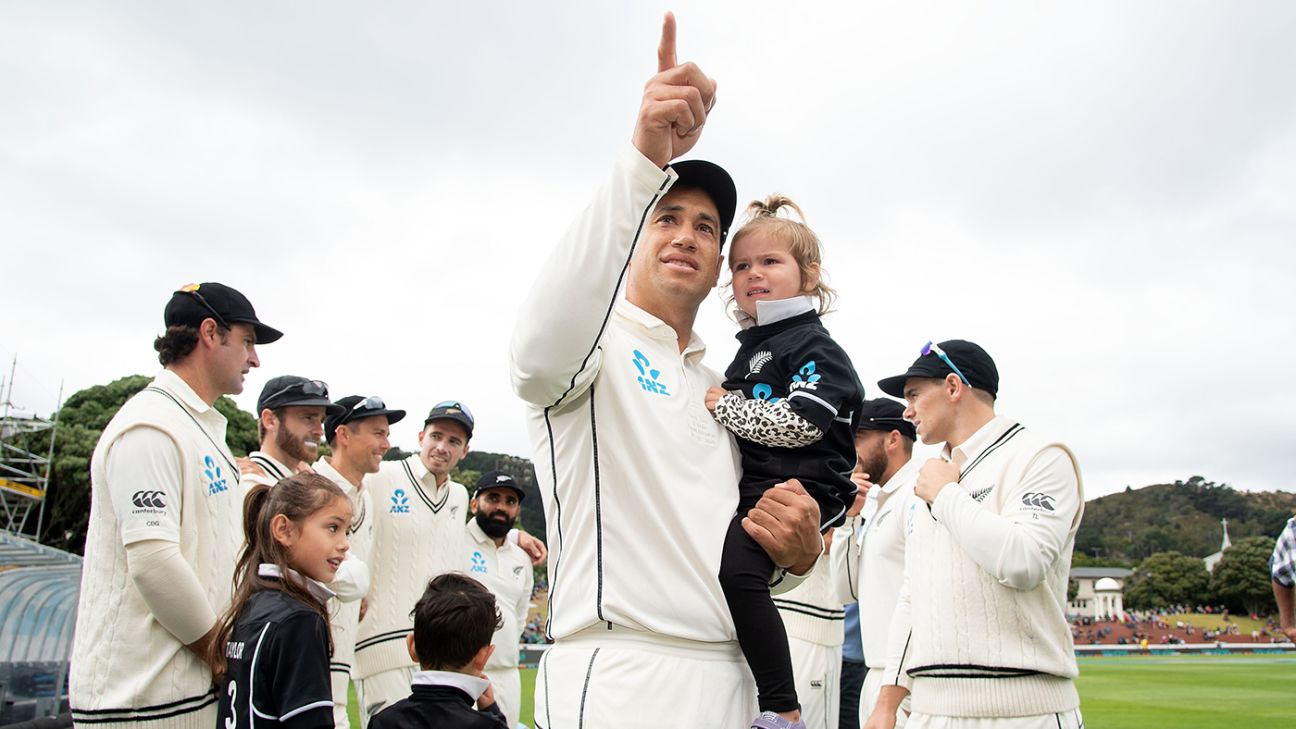 Ross Taylor has taken the Sir Richard Hadlee medal as New Zealand’s overall cricketer of the year on the final day of the NZC awards.

Tim Southee was named Test player of the year after taking 40 wickets in eight Tests and Kim Cotton, who stood in the T20 World Cup final at the MCG, was umpire of the year to round out the virtual awards.

During that time he became New Zealand’s lead Test run-scorer when he overtook Stephen Fleming during the SCG Test in January and also became the first player to reach 100 appearances in all three formats.

As he had during the emotional moment of the Test milestone, Taylor reflected on the role of his mentor Martin Crowe.

“I’m sure he would be proud of this,” Taylor said. “Marty was able to pass on a lot of his experience and wisdom which has played a massive part in my career. It was always something that he always pushed me to do [break records]. I think he would probably be surprised at how well I have done.

“But I’ve been fortunate to be helped by a lot of people over the years and I guess when you win awards like this it’s nice to be able to thank them.”

Reflecting on the 12 months overall, Taylor said: “It’s been full of ups and downs. A World Cup final – losing that final. The Boxing Day Test, which was such a proud moment to be part of and to have so many Kiwis there supporting us was something I’ll never forget. I was happy with the consistency this season and any time you can contribute to the team performance and help get the team across the line is special.”

Hadlee, who was part of the selection panel that first picked Taylor in 2006, praised his longevity.

“I’ve watched your progress over the past 14 years and I just want to congratulate you on all your performances and records to date. You’ve been a wonderful performer, you’ve got a fantastic record and on behalf of New Zealand Cricket I’d just like to say thanks very much for your contribution, not only to New Zealand cricket – but to world cricket.”