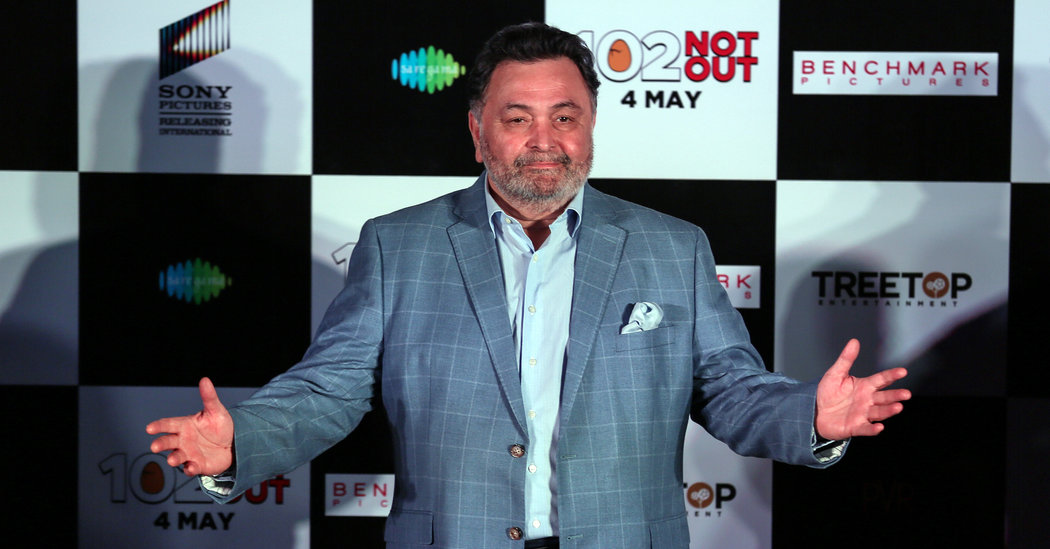 Rishi Kapoor, a widely popular film actor from one of Bollywood’s most celebrated families, died on Thursday in Mumbai. He was 67.

The family confirmed his death in a statement. Mr. Kapoor had been diagnosed with leukemia in 2018 and was admitted to a hospital in Mumbai on Wednesday, but the statement did not list a cause of death.

Mr. Kapoor was best known as a romantic hero, with a charm and charisma that quickly made him one of Bollywood’s leading men of the 70s and 80s. Later, he began taking on more supporting roles and notable character parts.

Tributes from across the industry and country poured in on social media. Prime Minister Narendra Modi tweeted that Kapoor was “multifaceted, endearing and lively,” and that he was “anguished” by the death. In a tweet, Priyanka Chopra Jonas said, “My heart is so heavy. This is the end of an era.” The director and producer Karan Johar, who directed Mr. Kapoor in “Student of the Year,” wrote a tribute on Instagram, saying the death left “an irreplaceable void.”

Mr. Kapoor came from a long line of Bollywood actors. His grandfather, Prithviraj Kapoor, was a pioneer of the industry. His father, Raj Kapoor, was one of the most influential actors and directors in Hindi cinema.

He went on to star in nearly 100 films in his career, and received a Filmfare Lifetime Achievement award in 2008. At the time of his death, he was shooting the film “Sharmaji Namkeen.”

His family’s statement requested that his fans honor the coronavirus lockdown and avoid gathering to honor him.

“In this hour of personal loss, we also recognize the world is going through a very difficult and troubled time,” they said. “We would like to request all his fans and well-wishers and friends of the family to please respect the laws that are in force. He would not have it any other way.”

Rishi Raj Kapoor was born in Mumbai on Sept. 4, 1952, the second son of Raj Kapoor and Krishna Raj Kapoor. His brothers, Randhir and Rajiv, and uncles, Shammi Kapoor and Shashi Kapoor, Prem Nath and Prem Chopra, were all well-known actors.

Mr. Kapoor is survived by Ms. Singh; his son, Ranbir, who is also an actor; his daughter, Riddhima Kapoor Sahni; and one granddaughter.