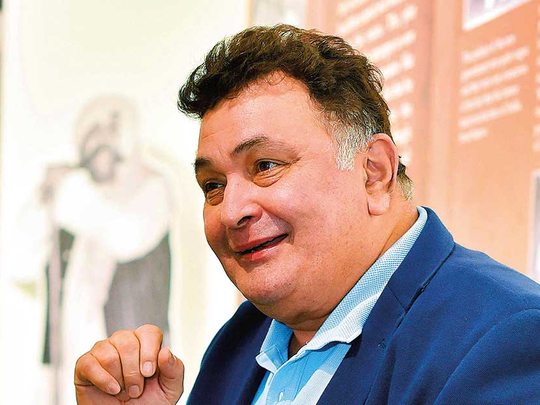 Rishi Kapoor, who died in Mumbai after his two-year battle with leukaemia on April 30, may have spread cheer and joy through his string of romantic dramas, but he ensure that he was in top form even during the last few minutes of his life.

According to reports emerging in India, Rishi Kapoor made sure that he ‘entertained to the last’.

“The doctors and medical staff at the hospital said he kept them entertained to the last. He remained jovial and determined to live to the fullest right through two years of treatment across two continents. Family, friends, food and films remained his focus and everyone who met him during this time was amazed at how he did not let his illness get the better of him,” said Kapoor’s family member to PTI.

It’s believed that a person’s character is defined by the manner in which he acts during his dark times. If that’s true then Kapoor passed with flying colours.

Kapoor is the second celebrity in Bollywood to die after icon Irrfan Khan who succumbed to cancer complications on April 29. Khan had a muted, low-profile burial due to the coronavirus lockdown in India and there’s a good chance that Kapoor’s funeral will also be a low-profile event.

His brother Randhir Kapoor has been keeping the media updated since his brother got admitted into the hospital with breathing difficulties.

“He was grateful for the love of his fans that poured in from the world over. In his passing, they would all understand that he would like to be remembered with a smile and not with tears.”

Kapoor was born into Bollywood’s first acting dynasty and remains one of India’s first heartthrobs.