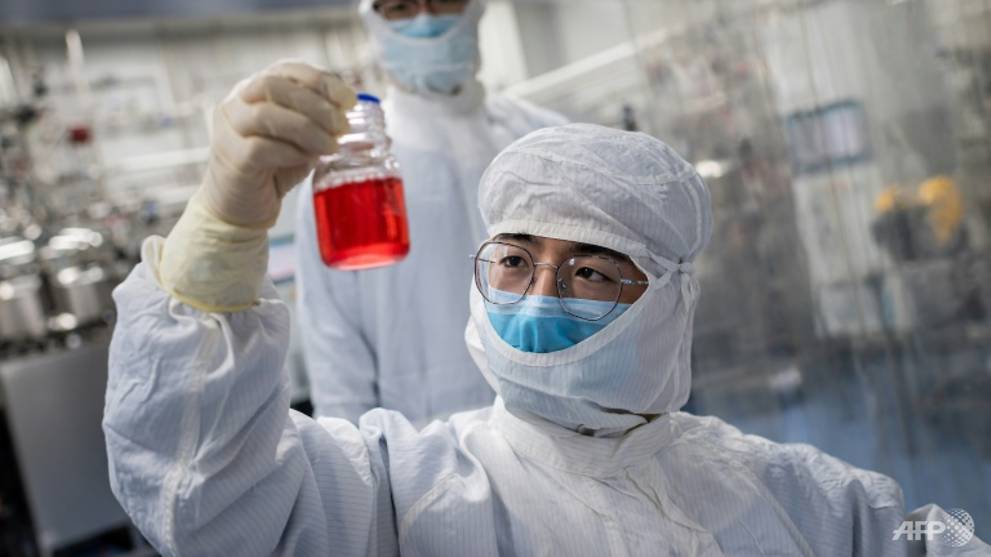 BEIJING: A researcher in a lab coat in Beijing holds up the hopes of humanity in his fingers: “Coronavac”, an experimental vaccine against the coronavirus that has upended the world.

Sinovac Biotech, which is conducting one of the four clinical trials that have been authorised in China, has claimed great progress in its research and promising results among monkeys.

While human trials have just started, the company says it is ready to make 100 million doses per year to combat the virus, which surfaced in central China late last year before spreading across the globe and killing more than 220,000 people.

Thousands of shots of the vaccine, which is based on an inactivated pathogen, have already been produced and packaged in a white and orange case emblazoned with the name Coronavac.

While the drug has a long way to go before it is approved, the company must show that it can produce it on a large scale and submit batches to be controlled by the authorities.

The World Health Organization has warned that developing a vaccine could take 12 to 18 months, and Sinovac does not know when its half-millilitre injection will be ready for the market.

“It’s the question everyone is asking themselves,” Sinovac director of brand management Liu Peicheng told AFP.

Nasdaq-listed Sinovac has experience in mass-producing a drug against a global virus: it was the first pharmaceutical company to market a vaccine against H1N1, or swine flu, in 2009.

More than 100 labs around the world are scrambling to come up with a vaccine, but only seven – including Sinovac – are currently in clinical trials, according to the London School of Hygiene and Tropical Medicine.

Sinovac has published results showing that its vaccine has “largely protected” macaques from infection in an animal trial.

Its findings have yet to be peer reviewed by the global scientific community.

The company has since conducted human trials, administering the serum on 144 volunteers in April in eastern Jiangsu province.

Sinovac, which has some 1,000 employees, hopes to see results on the safety of its product by the end of June following the first two phases of clinical trials.

The firm will then move to phase three of the trials, which will determine whether the vaccine is effective among carriers of the virus.

But Sinovac is facing a problem for phase three. There are too few cases of infections in China nowadays to have enough volunteers for the decisive tests.

The country has largely brought COVID-19 under control after imposing an unprecedented lockdown on the central city of Wuhan and its surrounding Hubei province.

Only around 600 people remain hospitalised in the country and few new cases are reported every day.

This means that Sinovac may have to look for human guinea pigs abroad.

“Currently we are talking to several countries in Europe and in Asia,” said Meng Weining, Sinovac’s director for international affairs.

Typically several thousand people would be needed for phase three, but “it’s not easy to get these numbers in any country,” Meng said.

Even with success in the next stages, Sinovac would not be able to produce enough vaccines to treat the entire world population.

But Meng said the company is ready to collaborate with foreign partners which already buy its other vaccines against the flu and hepatitis.

As it continues its research, the company is getting ready for mass production.

Sinovac is building a production facility in the south of the capital that should be up and running by the end of the year.

“We work day and night, we have three shift working groups, for 24 hours, so that means we don’t waste any minute for the vaccine development,” Meng said.