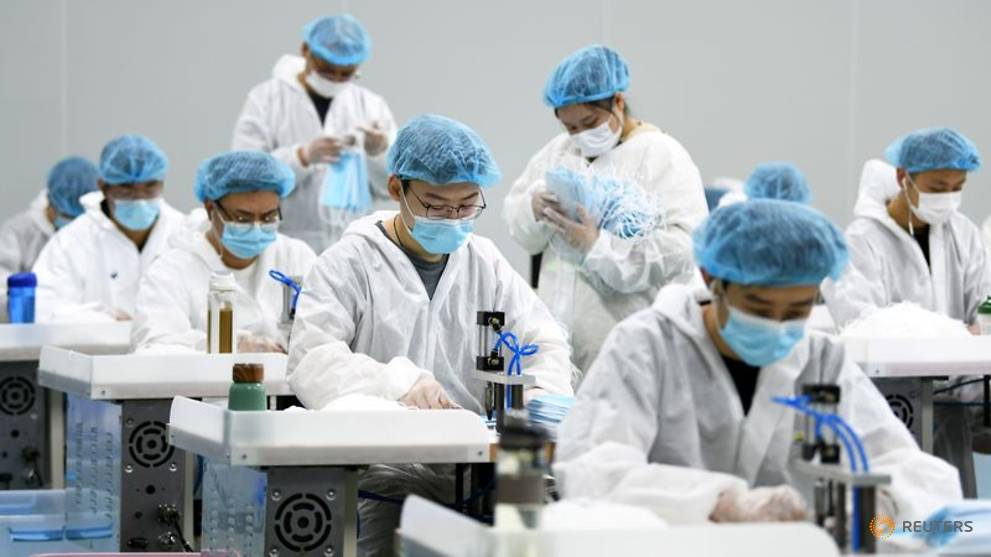 BEIJING: Chinese factory activity grew at a slower pace in April as demand remained sluggish while the world grapples with the COVID-19 pandemic, according to official data released Thursday (Apr 30).

China is ramping up economic production as daily life returns to normal but with much of the world still facing restrictions on movement and business operations, its factories are facing weak orders.

READ: Commentary: In the time of COVID-19, China is revolutionising deliveries and e-commerce

The manufacturing Purchasing Managers’ Index (PMI) came in at 50.8, the National Bureau of Statistics (NBS) said Thursday, just above the 50 mark that indicates expansion.

The figure is slightly below expectations of analysts surveyed by Bloomberg, who forecast 51.0.

But Zhao Qinghe, senior statistician at the NBS, warned that demand was recovering at a slower pace than production, in industries including textiles and chemical raw materials.

“The spread of the pandemic is accelerating overseas, and global economic activity has contracted sharply,” he said.

The latest figures follow surprise growth of 52.0 in March as businesses went back to work following a lengthy shutdown in China, which brought economic activity to a near standstill.

This was well above the dismal 35.7 reported the month before, at the height of China’s virus outbreak.

READ: China releases US$56 billion to banks in COVID-19 response

But NBS data on Thursday found that nearly 60 per cent of companies surveyed reported “insufficient orders”, and some firms said market demand was weak, with difficulties in product sales and more time needed before orders return.

Zhao said some manufacturing companies reported a sharp decrease in newly signed export orders, and even orders that have already started production have been cancelled.

Non-manufacturing PMI came in at 53.2 – up on last month and above analyst predictions.

Zhao said there had been a “significant rebound” in the catering industry but added that “the resumption of work and production in some industries is still lagging behind”.

“Industries such as accommodation, culture, sports, entertainment and resident services have had a larger impact from the epidemic,” he said.

Many sporting venues, cultural centres and cinemas have remained closed throughout April.

The last time China’s PMI hovered above the 52.0-mark was in September 2017, before the trade war kicked off.