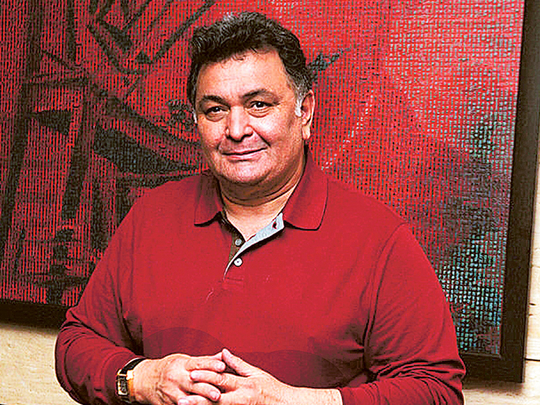 A day after Bollywood actor Irrfan Khan died, another legendary actor Rishi Kapoor died in Mumbai on April 30 after a prolonged battle with cancer.

Actors including Amitabh Bachchan, Anushka Sharma, Manoj Bajpayee took to social media platforms to express their condolences. In the span of 24 hours, Bollywood lost two legends back to back.

Khan and Kapoor were cancer warriors and had acted together in the gangster epic D-Day.

Indian Prime Minister Narendra Modi took to social media to give his condolences over Rishi Kapoor’s death. “Multifaceted, endearing and lively…this was Rishi Kapoor Ji. He was a powerhouse of talent. I will always recall our interactions, even on social media. He was passionate about films and India’s progress. Anguished by his demise. Condolences to his family and fans. Om Shanti.”

Veteran actor Jeetendra and Shobha Kapoor issued a joint statement, saying: “The magnitude of his loss and the void he leaves behind will be felt forever. We’ve lost one of our closest friends, our very dear brother and one of the finest human beings. It was an honour to be a part of his life. Our deepest condolences to Neetu, Riddhima, Ranbir and the entire Kapoor family.”

While Karan Johar, top producer and director, called him ‘his childhood’, Akshay Kumar labelled him a legend.

Kumar said: “It seems like we are in the midst of nightmare. Just heard the depressing news of Rishiji. It was heartbreaking and he was a legend.”

Actor Aamir Khan also expressed his grief, saying: “We have lost one of the greats today. An amazing actor, a wonderful human being, and 100% a child of Cinema. Thank you for all the joy you brought to our lives. Thank you for being the actor and human being that you were. You will be badly missed Rishiji”

Actor Ajay Devgn said it was one blow after another. “Rishiji’s passing away is nothing short of a stab to my heart. We associated in Raju Chacha.”

Actor Riteish Deshmukh called him the most charming actor and the king of romance and expressed his disappointment at not doing a film together.

His appeal also reached South Indian stars. Chiranjeevi said he was a great friend and a heart-throb of millions.

“Feel so heart-broken at his loss,” said Konidela.

His death is also being mourned by cricketers like Virat Kohli.

“This is unreal and unbelievable. It’s hard to accept this as a legend passes away,” said Kohli.

Actor Manoj Bajpayee pointed out that the ink had not dried on his obituary written for Irrfan Khan, when Kapoor’s death broke.

“It has completely crushed me and it’s too much to accept,” said Bajpayee.