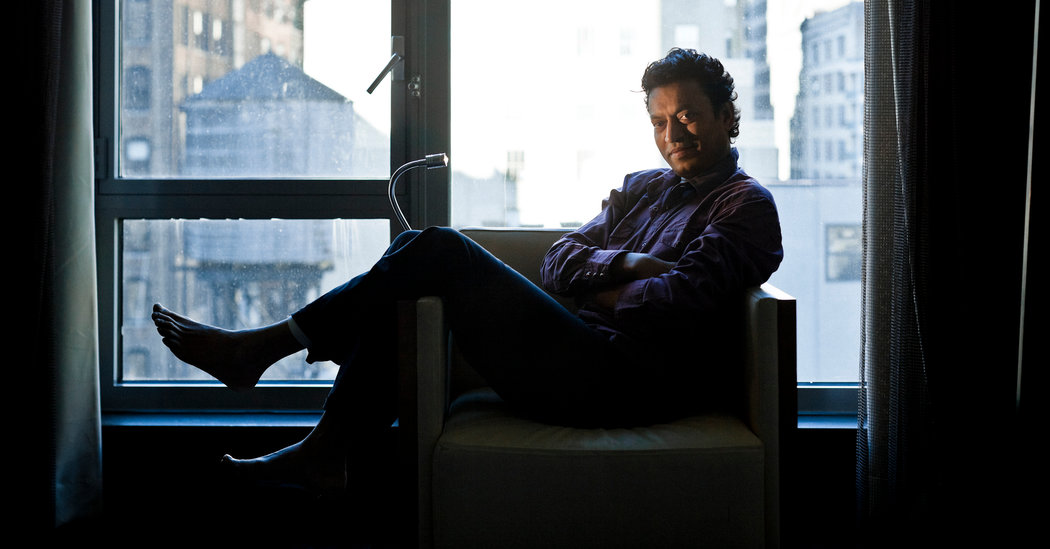 On Wednesday morning, Irrfan Khan, a beloved actor who broke through to Hollywood and seemed to resonate especially well with fans, died at age 53. Mr. Khan had cancer and was admitted to a hospital in Mumbai for a colon infection last week.

Then on Thursday morning, India was shocked to learn of the death of Rishi Kapoor. Mr. Kapoor, 67, was a Bollywood giant, a handsome, charming matinee idol who starred in dozens of films in the 1970s and ’80s and hailed from an illustrious film family.

Mr. Kapoor learned he had leukemia in 2018 and was admitted to a hospital in Mumbai on Wednesday, but an exact cause of death was not immediately given.

“It seems like we’re in the midst of a nightmare,” tweeted Akshay Kumar, one of Bollywood’s most successful actors.

“One blow after another,” Ajay Devgn, another star, posted.

With India under a strict coronavirus lockdown and already beleaguered by fear and hunger, the country has had no choice but to turn to social media to express its grief.

Facebook, Twitter and WhatsApp have been deluged with tributes and condolences from all walks of life — from the prime minister, other leading politicians, fans, fellow stars and just lots of ordinary people, many of whom have shared clips of the actors in their primes.

Under the lockdown rules, large gatherings have been banned, including funerals. So when Mr. Khan was buried in Mumbai, where he lived, it was a quiet affair. A few famous directors and actors stood at his graveside with masks over their faces.

“Many people would have wanted to say goodbye, but this is how Irrfan would have wanted it,” said Vishal Bhardwaj, a director who attended the funeral on Wednesday. “He never made a show about anything. Success never changed him.’’

The two stars were so different. Mr. Khan was an actor’s actor. Known for his intensity, his studiousness and his approachability, he came from humble roots. His father sold tires. He was not considered as classically handsome as a typical movie star, and many Indians felt an affinity with him — a fine actor (he has been described as India’s Philip Seymour Hoffman) who was also a normal guy.

Film directors said Mr. Khan reliably undersold himself, asking for less money for parts than he could have actually commanded. And to help out his filmmaking friends, he sometimes took on roles that other actors avoided. He gravitated toward Shakespeare, starring in a film called “Maqbool,” which was a retelling of “Macbeth,” and playing a ghostlike figure, a prisoner who had survived a notorious torture chamber, in “Haider,” a film set in Kashmir inspired by “Hamlet.”

Many of his friends — and his fans — feel that destiny cheated him, plucking away his life at a relatively young age, as he was reaching the peak of his career after decades of working his way up.

“He was perhaps one of the best actors we had,” said Shivendra Singh Dungarpur, a filmmaker who runs a film preservation foundation. “But beyond that, he was a lovely person.”

Mr. Khan grew up in a Muslim family and was laid to rest in a Muslim graveyard. In recent years, the divide between India’s Muslim minority and its Hindu majority has widened and grown more treacherous.

But what was striking on Wednesday, as the news of Mr. Khan’s death spread, was that for once, it was as though religious differences did not matter. Several commentators said it was like the old India. Tributes for Mr. Khan flooded in from all directions, including from Hindu nationalist politicians.

Mihir Fadnavis, a film critic, said, “Irrfan had this humbleness and the image of the common man, which connected people to him. He put himself in people’s shoes, and they could see themselves on TV screens.”

“When as amazing a person as this passes away, the whole structure of politics and religious differences goes away,” he added. “It doesn’t exist anymore, even if it’s temporary.”

The outpouring of grief has been perhaps even more enormous for Mr. Kapoor, who died Thursday morning.

Mr. Kapoor was filmmaking royalty. His grandfather, Prithviraj, was a pioneer in India’s pre-independence film industry, and the Kapoor clan has gone on to play a starring role in one of India’s greatest exports and stamps on the world: Bollywood.

Mr. Kapoor’s father, Raj, was also a film star. So is his son, Ranbir, and several nieces.

One Indian news channel lauded him with the headline, “Unparalleled, Unmatched, Forever.”

Mr. Kapoor had been acting practically his whole life, appearing as a toddler in his father’s films (his father was also a director) and continuing work until just recently. His Bollywood heyday was several decades ago when he sang and danced as one romantic hero after the next.

His last important film was “Mulk,” a 2018 courtroom drama written and directed by Anubhav Sinha that tackled the rising Islamophobia in India. Mr. Kapoor, who played a lawyer, the patriarch of a large Muslim family, delivered a memorable performance as his character fights for the honor of his family after his nephew is charged with being a terrorist.

Taapsee Pannu, who co-starred in the film, tweeted, “That laugh, that sense of humor, the honesty and even the bully he was, will be missed. No one like you #RishiKapoor.”

Mr. Kapoor was cremated Thursday afternoon in Mumbai, where he lived. That too was a small ceremony.

The one-two punch of Mr. Khan’s and Mr. Kapoor’s death hits an already fatigued and dispirited India. The country, like just about everywhere else, has been feeling the weight of the coronavirus.

For the past five weeks, 1.3 billion Indians have been under one of the strictest lockdowns in the world, with just about everyone instructed to stay indoors. Many emerge only a few times a week to buy food. All airlines have been grounded, train service stopped and most businesses shut.

India has reported around 33,000 infections and 1,100 deaths, still relatively low for such a populous country. But with testing also low, public health experts suspect that the virus is lurking unseen. The lockdown has thrown legions of poor people, particularly, out of work. Many live hand-to-mouth and have no way to feed their families except for the charity of others.

So the passing of a pair of cherished actors has shifted the focus, for a moment. For hours, television news channels took a break from shots of masked people trudging out of hospitals or police officers blocking roads to show the two at the top of their careers in films like “Bobby,” Mr. Kapoor’s breakout hit, or “Slumdog Millionaire,” the worldwide sensation that featured Mr. Khan as a police inspector.

Still, many people said they felt especially sad that the two men, who became household names and touched so many lives, were sent off without a befitting crowd of those who loved them and adored them.

“My Chintu darling has gone,” wrote Simi Garewal, a famous actress, on Twitter, using one of Mr. Kapoor’s pet names. “My dearest friend…my co-star…my playmate. The one who used to make me laugh till I cried! Now there are only tears. No last goodbye. No funeral. No consoling embraces. Silence. Emptiness. Grief.”