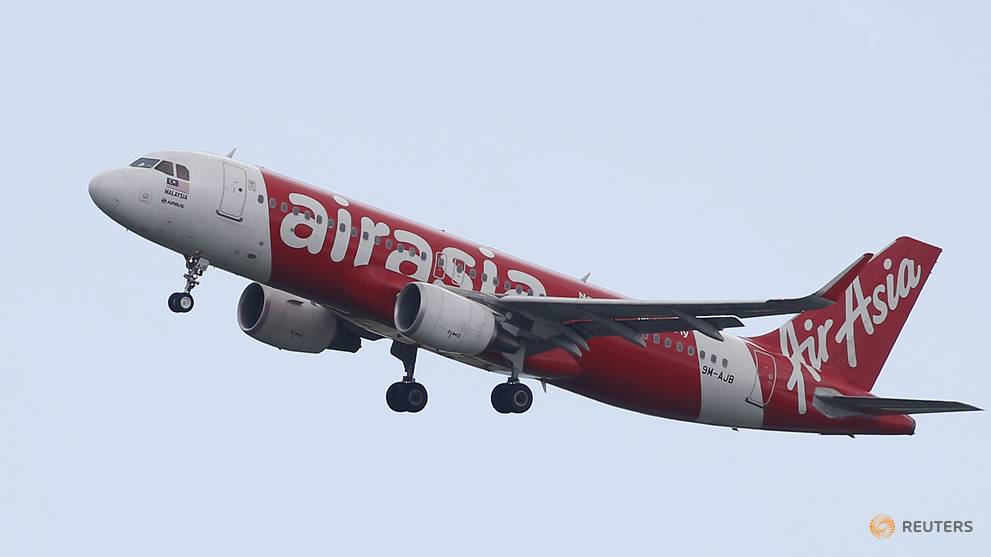 KUALA LUMPUR: AirAsia Group, one of Europe’s top five corporate export customers, will stop taking deliveries of Airbus jets this year and review its remaining orders as the coronavirus crisis heaps pressure on the Malaysian carrier.

The comment from Asia’s largest budget airline on Wednesday (Apr 29) is the latest sign of pandemic-induced havoc, further denting growth in Southeast Asian jetliner demand that was already feeling the effects of overcapacity.

After years of expansion, AirAsia expects to end 2020 with 242 aircraft in its fleet, down one from last year, executive chairman Kamarudin Meranun said in a statement.

The carrier is one of Airbus’s largest customers, with orders for 349 A321neo jets and 13 A320neo planes yet to be delivered to the main airline. They would be worth about US$46 billion at today’s list prices, though in practice airlines win discounts above 50 per cent for such large orders, market sources say.

AirAsia has ordered more than 660 Airbus jets since switching from a small Boeing fleet more than 15 years ago.

But in a rare move, industry sources told Airfinance Journal and Reuters that Airbus recently put six planes up for auction after giving up on AirAsia taking delivery.

The delivery freeze reflects mass groundings of AirAsia jets because of quarantines and travel restrictions, as well as the impact of unfavourable fuel hedges, analysts said.

It also comes amid signs of a severe chill in relations after the airline was drawn into a long-running Airbus bribery scandal before being cleared by local investigators.

As part of a broader settlement with Airbus in January, UK prosecutors alleged that a US$50 million sponsorship deal in 2012 between a now-defunct racing team co-owned by AirAsia founders and former Airbus parent EADS had influenced aircraft orders.

Kamarudin and CEO Tony Fernandes, who both stepped aside during investigations, both strongly denied any wrongdoing and were reinstated last month after an independent Malaysian review cleared the procurement process.

Several sources familiar with the case have said the handling of the affair soured relations between AirAsia and its exclusive supplier.

“It is the end of the special relationship between Airbus and AirAsia,” said a source familiar with the matter.

Fernandes could not be reached for comment and AirAsia did not immediately respond to a request for comment. Airbus said it does not comment on discussions with individual airlines.

Airbus on Wednesday reported an €8 billion cash drain in the first quarter, including a record €3.6 billion fine to settle the wider multinational corruption investigations.

AirAsia said it resumed domestic flights in Malaysia on Wednesday and hoped to do so in Thailand, the Philippines and Indonesia in May, subject to approval from authorities.

It also said it had restructured most of its fuel hedges, struck when oil prices were higher, and that it was cutting employee costs, renegotiating contracts and cutting back on non-essential spending to lower costs by at least 30 per cent this year.

Fernandes this month said that the airline was in talks with the government for a loan to help it to ride out the crisis.