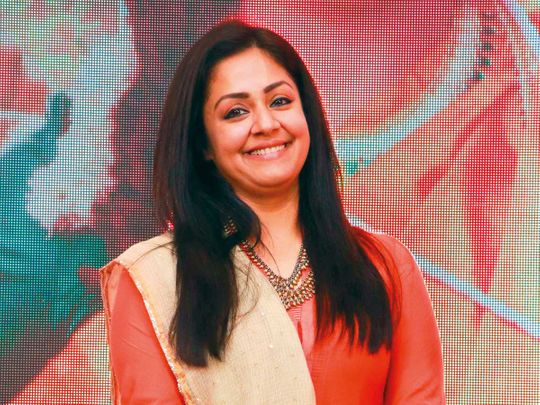 With a growing audience hooked onto digital platforms for entertainment, theatrical releases might become a luxury in the coming years.

The decision by Surya’s 2D Entertainment to release wife Jyothika’s upcoming film, ‘Pon Maghal Vandhal’, direct to web in May is a right step under the present circumstances, according to many in the industry.

With the ongoing coronavirus lockdown in India and a long queue of films waiting to see the light of day, a theatrical release does not look promising for many. While the presence of a star may give a desired opening, a film’s success depends entirely on its story and how interestingly this story is narrated.

Every new change is bound to meet with resistance, so when news of ‘Pon Magal Vandhal’ digital release broke out on social media, it rustled up some feathers, resulting in a few producers and distributors threatening to boycott Surya’s films in future.

In the statement they empathised with the challenges of small and medium producers and the difficulties ensued for theatrical releases.

These 30-plus producers stated: “If small and medium budget films get premiered through OTT (streaming), the number of films waiting to release in theatres shall reduce, hence this step by OTT players must be welcome by all of us. In addition, a film producer who has invested his money has all rights to exploit his film in every possible way by selling the rights available for his film to recover his investment so that he or she can continue in the film business.”

The statement further read that three key stakeholders (producers, distributors and theatre owners) “must work together in unison and take decisions in the best interest of the industry”.