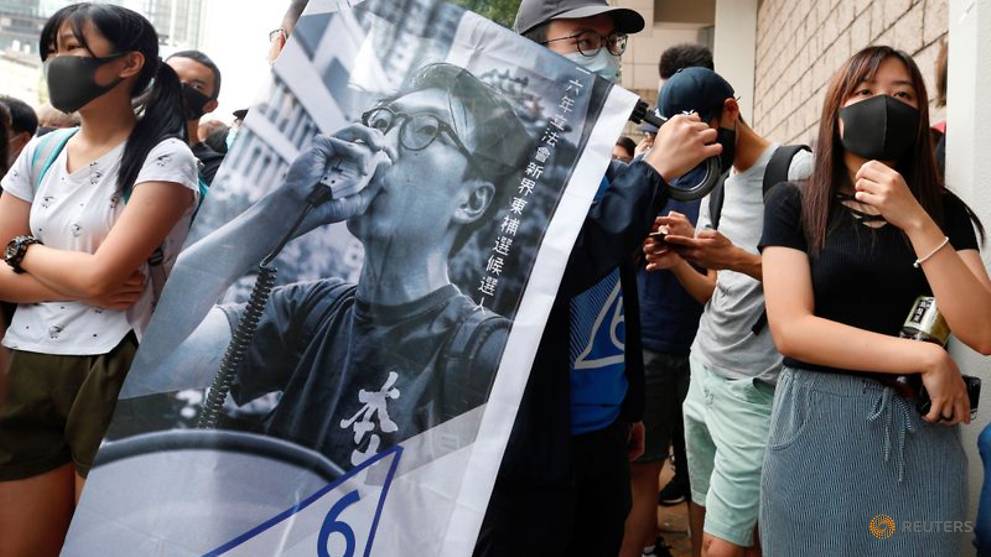 HONG KONG: A Hong Kong court on Wednesday (Apr 29) rejected an appeal by pro-democracy activist Edward Leung against a six-year jail term for his part in demonstrations in the Chinese-ruled city in 2016 that turned violent.

Leung, 28, one of the leaders of a movement advocating independence from China, was jailed for rioting and was handed the harshest sentence to a pro-democracy leader since Britain returned Hong Kong to Beijing in 1997.

The appeal court judges said in their judgement the law must ensure that public order and peace are preserved and not threatened by the use of violence.

“If public order is not preserved, the freedom and rights of citizens will be lost,” they said.

In his appeal, Leung’s lawyer argued his sentence was disproportionate to his offence, citing other, more violent protesters receiving lighter sentences.

The ruling comes as the financial hub is gearing up for demonstrations over the next few months after a relative lull this year as the new coronavirus and social distancing restrictions aimed at curbing its spread saw many protesters stay indoors.

Authorities have repeatedly said the city is facing the risk of “home-grown terrorism” after several police reports of explosive materials being found.

More than 7,800 protesters have been arrested since opposition to a now-withdrawn extradition bill escalated in June last year, with 564 of those charged with rioting, which carries a maximum sentence of 10 years in prison.

Although Leung was jailed before the demonstrations erupted last year, many regard him as a “spiritual leader” of the movement.

One of his old slogans – “Liberate Hong Kong, revolution of our times” – is one of the most popular chants of the new generation of protesters.