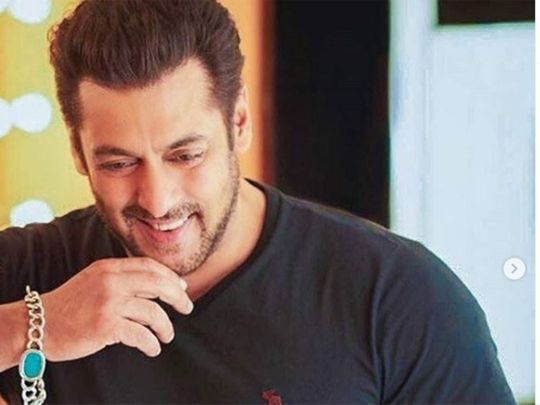 Salman on Wednesday posted a photograph on Instagram where Jacqueline can be sneakily seen clicking his picture as he was busy with his workout.

“Jacky got caught taking a pic chori chori Chupke chupke… she took one more after that which she will post on her own,” Salman wrote with the image.

In the photograph, one can see shirtless Salman sweating out in the gym. He seems to be taking a break in the picture, when Jacqueline sneaked up on him at his gym and captured him in the frame. Thanks to a mirror, she herself also got captured in the same frame. She is seen in a blue T-shirt with sweatpants.

Meanwhile, Salman recently showcases his singing skills as he sung a song, titled “Pyaar Karona”, aiming to cheer up people amid the coronavirus lockdown.

Written by Salman and Hussain Dalal, “Pyaar Karona” released on Salman’s YouTube channel. Apart from this, Salman has been seen creating COVID-19 awareness among people through his videos on social media. Recently, he came out with a very serious message for those who have violated the COVID-19 lockdown. He even called the violators “jokers”.

Salman is currently self-isolating at his Panvel farmhouse.