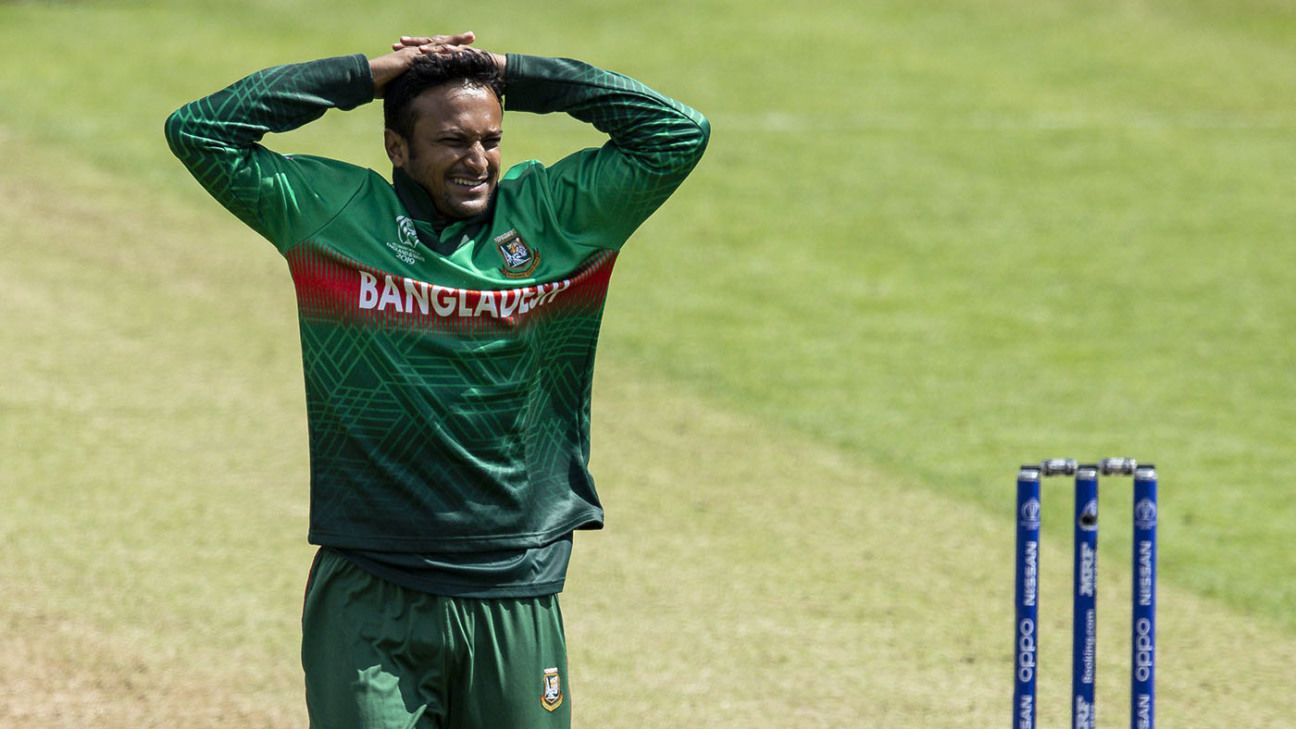 Deepak Agarwal, the corruptor involved in Bangladesh captain Shakib Al Hasan getting banned last year for failing to report approaches, has now himself received a two-year ban form the ICC’s anti-corruption unit for breaching its code.

Agarwal, an Indian businessman, will not be allowed to be involved in any form of cricket worldwide – both domestic as well as international – until April 27, 2022, of which the last six months are suspended.

The ICC said in a media release that Agarwal had accepted the solitary charge framed by the anti-corruption unit for “obstructing or delaying” an investigation including “concealing, tampering with or destroying any documentation or other information that may be relevant to that investigation and/or that may be evidence of or may lead to the discovery of evidence of corrupt conduct” under the ACU code.

ALSO READ: ‘Do we work in this or I wait til the IPL’ – Agarwal’s conversations with Shakib

Incidentally Agarwal, who is understood to be 34 years old and lives in Indian capital Delhi, had been on the ACU list of corruptors for some time, and was charged as a “participant” under its code. That was because in November 2018 Agarwal became one of the owners at the Sindhis franchise in the T10 Cricket League.

Three days after he joined T10 League as an owner, the ACU sat down Agarwal on November 26 to investigate an alleged approach he had made to another “participant” in the past. That approach was not related to the T10 League. At this meeting, the ICC said Agarwal “surrendered” his mobile phone by “consent”.

A month later, between December 22-25, 2018, the ACU found Agarwal was “engaged” in WhatsApp conversations with an unnamed person the ICC has called Mr X, who was facing several allegations the ACU was investigating. It is understood that Agarwal had used Mr X to get access to people including players to corrupt them and get information from them.

On this occasion the ICC said both Agarwal and Mr X had been “in conversation” for “over the course of the previous year. “These WhatsApp conversations between Mr X and Mr Agarwal related to what Mr Agarwal had told the ACU in his interviews,” the ICC said. “In these conversations Mr Agarwal effectively instructed Mr X as to what to say to the ACU over certain matters to ensure that they both told the same story (a story which on occasions was not true) and consequently misled or obstructed the ACU’s investigation.

“Mr X also sought clarification from Mr Agarwal over the interview process and what Mr Agarwal had told the ACU on certain matters. In effect, Mr Agarwal and Mr X contrived together to mislead the ACU investigation and not to tell the truth in their answers. 7.”

The ICC also said that Mr X was “instructed” by Agarwal to delete all the messages they had exchanged and his number during the course of the investigation. “In other words, Mr Agarwal instructed Mr X to conceal and/or destroy information which might be relevant to the ACU’s investigations. Mr Agarwal also instructed Mr X to lie to the ACU about when he had last spoken to Mr Agarwal, as they had had conversations during a time where Mr Agarwal had explicitly been told by the ACU not to engage with Mr X.”

The ICC said that Agarwal “effectively admitted” to the breach during the investigations, saying both him and Mr X had “connived to mislead and/or obstruct” the ACU investigation.

On December 22, 2019 the ICC formally charged Agarwal, who accepted that charge in writing on April 27. The ICC said that although under the code Agarwal could have been charged for the maximum penalty of up to 5 years, it had taken into account some mitigating factors. These included Agarwal “promptly” agreeing to the charge and importantly agreeing to “substantial assistance” he would provide to the ACU with its various other investigations.

“There were a number of examples of Mr Agarwal obstructing and delaying our investigations and it was not just a one off occurrence,” Alex Marshall, ICC’s general manager, integrity, said in the release. “However, he made a prompt admission of his breach of the ICC Anti-Corruption Code and continues to provide substantial assistance to the ACU in relation to several investigations involving other participants. This cooperation is reflected in his sanction.”