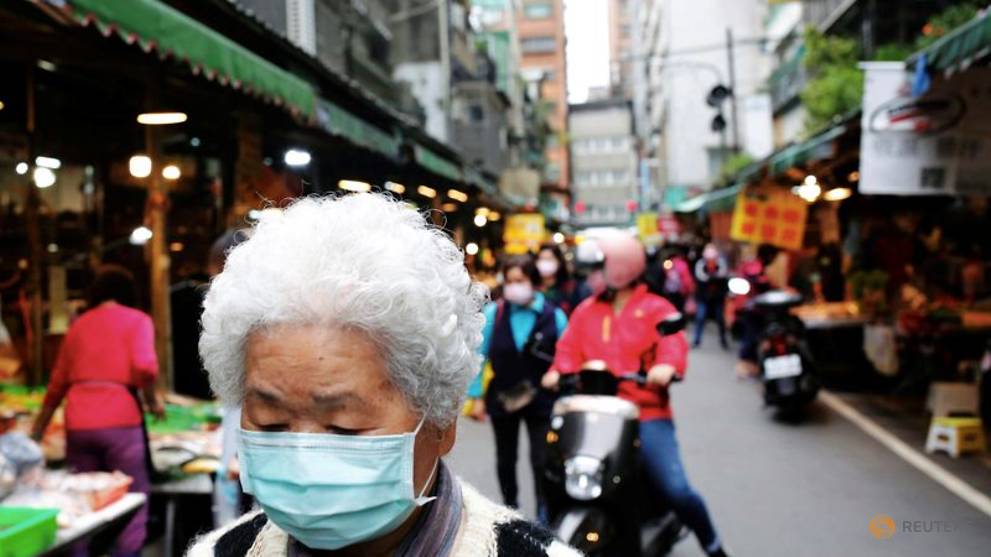 TAIPEI: In a rare teleconference between health ministers, Taiwan has thanked the United States for its support in pushing for the island’s participation in the World Health Organization (WHO) amid the coronavirus pandemic and despite China’s objections.

In turn the United States thanked Taiwan for sharing its medical best practices.

READ: Taiwan says WHO ignored its coronavirus questions at start of outbreak

Taiwan has limited the coronavirus outbreak to just 429 confirmed cases and six deaths.

Taiwan’s lack of membership at the WHO, due to China’s objections which considers the island merely one of its provinces, has infuriated Taipei, which says its exclusion has created a glaring gap in global fight against coronavirus.

In a teleconference late Monday (Apr 27), Taiwan Health Minister Chen Shih-chung thanked US Secretary of Health and Human Services Alex Azar “for the strong support extended by the United States for Taiwan’s participation in the WHO”, Taiwan’s Health Ministry said in a statement.

“Minister Chen told Secretary Azar that he hopes the US will continue to support for Taiwan’s full participation in the World Health Assembly as observer and WHO meetings, mechanisms, and activities,” the statement added.

The World Health Assembly is the WHO’s decision-making body.

Taiwan attended it as an observer from 2009-2016 when Taipei-Beijing relations warmed, but China blocked further participation after the election of Taiwan President Tsai Ing-wen, who China views as a separatist, charges she rejects.

Taiwan’s Health Ministry said that Azar reaffirmed “the continued and concrete support from the US of expanding Taiwan’s participation in the WHO and global health arena”.

The WHO and China both say Taiwan has been given the access to and information it needs from the body during the pandemic, but Taiwan says that has been limited.

Azar, in a tweet, said he had thanked Chen for Taiwan’s “efforts to share their best practices and resources with the US” “Now, more than ever, global health partnership is crucial and I appreciate Taiwan’s contributions.”

Direct, public interactions between ministerial-level officials from Taiwan and the United States are unusual as the two do not have official diplomatic ties.

The United States, like most countries, only has formal relations with Beijing, though it is Taiwan’s strongest backer on the international stage.

Earlier this month Taiwan and the United States discussed how to get “closer coordination” between the island and the WHO during the coronavirus outbreak, drawing a rebuke from China for “political manipulation” of the epidemic.

Taiwan has been far more successful than many of its neighbours keeping the virus in check thanks to early and stringent steps to control its spread.