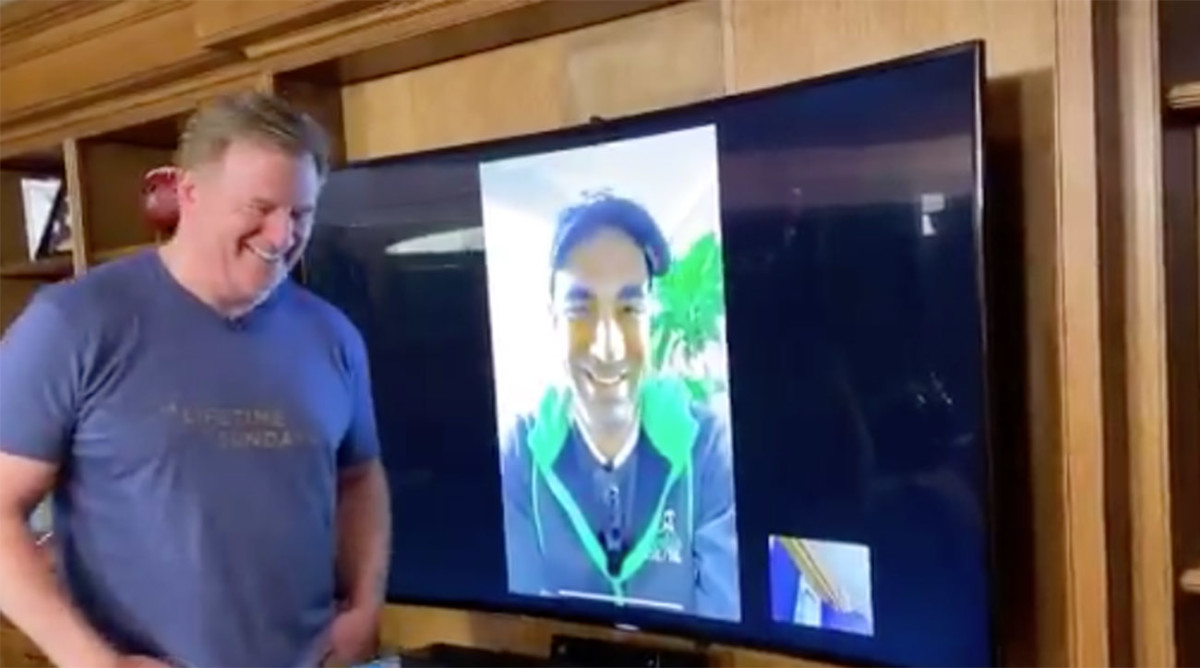 El-Haddad, who didn’t have a strong connection, saw an unknown number pop up on his screen. He decided to answer but told the mysterious caller that he didn’t have time to talk. When the caller repeated his name, El-Haddad was shocked to hear Goodell talking to him.

Goodell called El-Haddad, a cardiologist and Ravens ticket holder, to surprise him with tickets to Super Bowl LV in Tampa Bay.

“We wanted to sort of tell you how much we appreciate what you’re doing on the frontlines and how you’re fighting every day in making people better,” Goodell told El-Haddad.

Goodell announced draft picks for the first three rounds from his basement. As part of the virtual event, the NFL acknowledged the efforts of first responders working during the coronavirus pandemic.

“Honestly, the weird thing is I don’t even feel like I really deserve it,” El-Haddad told The Baltimore Sun in a phone interview. “I really appreciate all the positive messages and everything. It’s just I love what I do. I love my job. I feel really lucky to be able to do it.

“This is a really scary time to be in the medical field, for our nurses, our physicians, everybody. But we just want to make sure everybody’s doing well and safe and healthy.”

El-Haddad was selected after he submitted a video in the NFL’s Inner Circle initiative, which gave fans a chance to post videos while cheering on their favorite team. He discussed in his video what the Ravens meant to both him and his patients.

The team emailed El-Haddad to give him a heads up about the phone call, but he didn’t see it in time. Good thing he decided to answer when Goodell called.