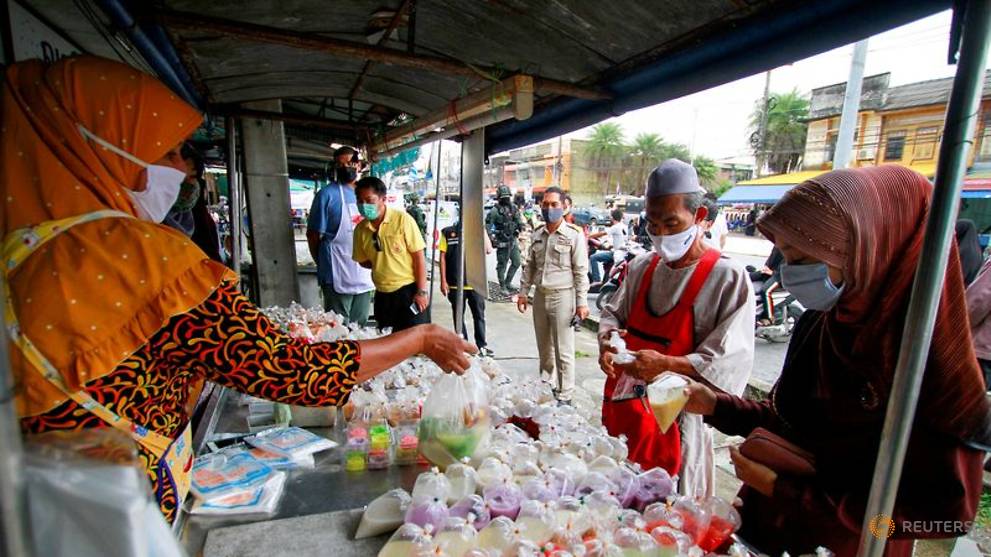 BANGKOK: A woman who took rat poison this week outside Thailand’s finance ministry over the slow rollout of aid during the coronavirus lockdown was promised on Tuesday (Apr 28) she would get her money soon. For millions of other Thais, the waiting continues.

Thailand announced last month it would give 15,000 baht (US$462.82) to those whose jobs have been affected by the coronavirus outbreak and containment measures, which included orders for malls and other businesses to shut down a month ago.

The relief, worth US$7.4 billion in all, has not come fast enough for many Thais, whose everyday struggles have been worsened by sudden lack of income when domestic economic activities came to a halt.

The woman who poisoned herself on Monday was protesting against the long process for an application she had submitted a month ago, accusing the government of disregard for her plight.

She is recovering in hospital and will receive her payment by Wednesday, a finance ministry spokesman said on Tuesday.

Attachak Sattayanurak, a lecturer at Chiang Mai University whose academic research on the urban poor has led him to meet many Thais who applied to the aid programme, said the woman who took the poison symbolised a far bigger problem.

“The public suicide attempt reflected absolute despair of one small person trying to send a message that the government doesn’t take care of ordinary people,” he said.

Prime Minister Prayuth Chan-ocha said in a televised address on Tuesday that he was well aware of the struggles people were facing, particularly those on low incomes.

“We’re taking care of people from all sectors, whether farmers, freelancers, formal or informal labourers,” he said.

Business groups have estimated that 10 million people, or 26 per cent of the country’s workforce, will have been out of work if the outbreak drags on a few months, due to restrictions on sectors including retail and construction.

In all, 24 million people applied for the relief aid and as of this week, 7.5 million have received the first of three monthly payments of 5,000 baht (US$154.27), Finance Minister Uttama Savanayana said on Tuesday.

A total of 16 million applications were found to meet the criteria, but only 10.6 million of them have been approved, while the rest are still being evaluated, the minister said.

The government on Tuesday lifted the maximum number of workers able to get the benefits to 16 million from 14 million and also pledged help for 10 million farmers separately.

Thailand has pledged measures worth at least 2.4 trillion baht (US$74.05 billion), equal to more than 14 per cent of the country’s GDP, to help individuals and businesses affected by the pandemic.

“The COVID-19 outbreak has made inequality in Thailand more stark … Those in need must be helped across the board and promptly,” he said.

Economists forecast a grim year ahead with the worst contraction since the 1997/98 Asian financial crisis due to a decline in exports and prolonged impact on tourism, a growth engine for Southeast Asia’s second-largest economy.

“All these will be further exacerbated by lockdown measures which disrupt domestic economic activities,” said Nomura economist Charnon Boonnuch.