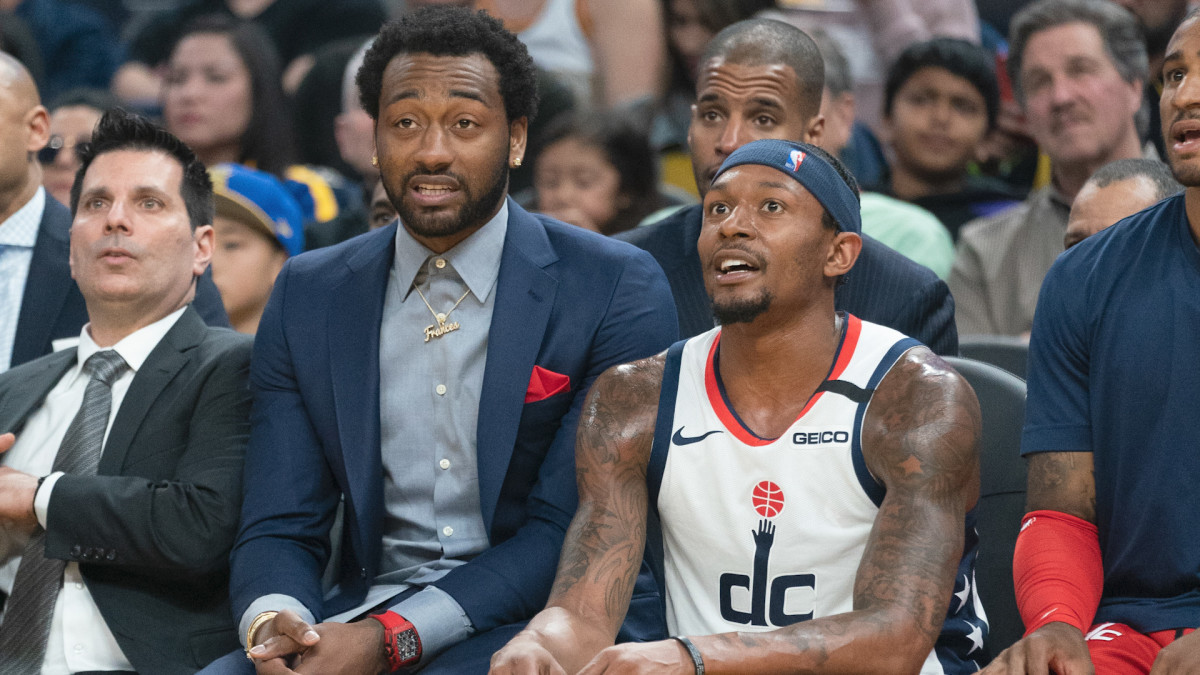 The Washington Wizards are in that dreaded place no NBA team wants to be. Mediocrity.

And while the franchise’s top two players, Bradley Beal and John Wall are excited to get back on the court together, according to Wall, it’s hard not to wonder whether the Wizards would be better off splitting them up rather than keeping them together.

Wall once said, “I think a lot of times we have a tendency to dislike each other on the court”, and the same could be said for those evaluating the duo’s potential as the core for a potential contender. I always thought Beal was the better all around player and fit for a possible championship roster, but he has really come into his own while Wall has been sidelined. Including being behind only James Harden atop the NBA scoring list when the season was halted.

The problem is, Beal committed to Washington. And he is by far the more valuable trade piece given Wall’s recovery from a torn achilles and his massive contract. Which may force the Wizards to either consider dealing a star who was loyal to them over taking what he told ESPN’s Zach Lowe was the “easy way” out. Which means reuniting the backcourt is perhaps their only sensible resort.

How that works out will really be up to Wall, as he has always been a guy who needs the ball. If he can bring an up and down the floor engine back to the team while eliminating some of the tendencies that perhaps led to prior animosity with his teammate then maybe the Wizards can be at least interesting.That way D.C. can see what they are working with, hoping for the best while at worst evaluating assets.

But if that doesn’t work, the no problems Wall expressed when it comes to his relationship with Beal will quickly become a big one for the Wizards. One they may not be able to solve.