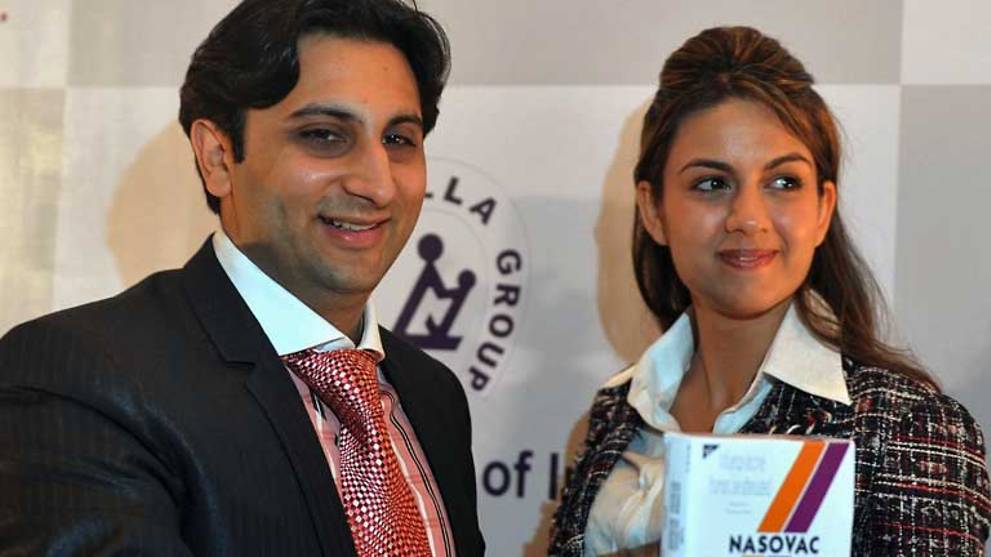 NEW DELHI: The Serum Institute of India said on Tuesday (Apr 28) it plans this year to produce up to 60 million doses of a potential vaccine against the new coronavirus that is under clinical trial in Britain.

Serum, the world’s largest maker of vaccines by volume, is mass-producing the vaccine candidate developed by the University of Oxford, which started testing it on humans last week, and is a leader in the global race to develop an antidote to the novel coronavirus.

Some 3.05 million people have been reported to be infected globally and 211,376 have died from COVID-19, the respiratory disease caused by the coronavirus, according to a Reuters tally.

While the Oxford vaccine, called “ChAdOx1 nCoV-19”, is yet to be proven to work against COVID-19, Serum decided to start manufacturing it as it had shown success in animal trials and had progressed to tests on humans, Serum Chief Executive Adar Poonawalla said.

“They are a bunch of very qualified, great scientists (at Oxford)…That’s why we said we will go with this and that’s why we are confident,” Poonawalla told Reuters in a phone interview.

“Being a private limited company, not accountable to public investors or bankers, I can take a little risk and sideline some of the other commercial products and projects that I had planned in my existing facility,” Poonawalla said.

As many as 100 potential COVID-19 candidate vaccines are now under development by biotech and research teams around the world, and at least five of these are in preliminary testing in people in what are known as Phase 1 clinical trials.

Poonawalla said he hoped trials of the Oxford vaccine, due to finish in about September, would be successful. Oxford scientists said last week the main focus of initial tests was to ascertain not only whether the vaccine worked but that it induced good immune responses and no unacceptable side effects.

Serum, owned by the Indian billionaire Cyrus Poonawalla, plans to make the vaccine at its two manufacturing plants in the western city of Pune, aiming to produce up to 400 million doses next year if all goes well, Poonawalla said.

VACCINE FREE OF CHARGE FOR PEOPLE

“A majority of the vaccine, at least initially, would have to go to our countrymen before it goes abroad,” he said, adding that Serum would leave it to the Indian government to decide which countries would get how much of the vaccine and when.

Serum envisages a price of 1,000 rupees per vaccine but governments would give it to people without charge, he said.

He said Prime Minister Narendra Modi’s office was “very closely” involved in the vaccine production and the company is hoping the government will help foot the cost of making it.

Over roughly the next five months, Serum will spend some 300 million to 400 million rupees on making around 3-5 million doses per month, he said. “(The government) are very happy to share some risk and fund something with us, but we haven’t really pencilled anything down yet,” Poonawalla said.

Serum has also partnered with the US biotech firm Codagenix and Austria’s Themis on two other COVID-19 vaccine candidates and plans to announce a fourth alliance in a couple of weeks, he said.