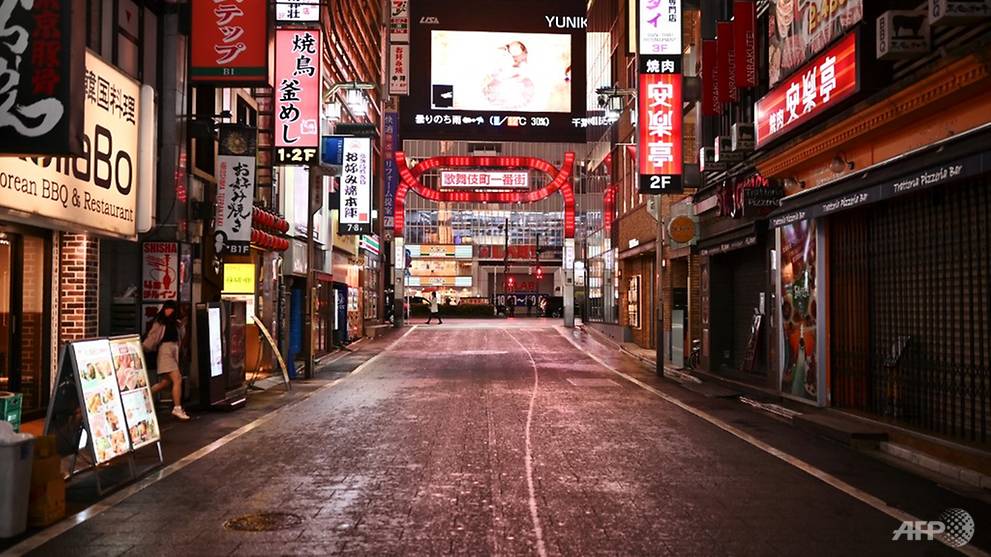 TOKYO: As more Japanese restaurants shut down and people stay home during the country’s state of emergency to fight the coronavirus, experts say rats may be expanding their search for food to deserted streets once crowded with humans.

In Tokyo’s Kabukicho nightlife district, where many bars and adult entertainment venues have closed, rats scurried through mostly empty streets one recent evening.

A similar scene was aired on public broadcaster NHK on Monday (Apr 27), showing dozens of rats dashing about a deserted street, racing between buildings and feeding from garbage bags in an entertainment district in the southwestern city of Kitakyushu.

“Restaurants are closed and the garbage (rats) ate is gone, so they are looking for food,” said Rat Extermination Association official Tsutomu Tanikawa.

“There are fewer people, and when rats are hungry, they become less wary of humans,” he said. “This is not just a Japan problem, it is happening all over the world.”

Japan does not have a mandatory lockdown like some countries, but Prime Minister Shinzo Abe declared a state of emergency for seven prefectures, including Tokyo on April 7, giving governors authority to ask business to close and people to stay home. That has been expanded nationwide.

Kitakyushu City health official Takao Koezuka said that so far, there was no upsurge in complaints about rats in the city.

“We need to look into this more to grasp the situation,” Koezuka said.

Rats can carry diseases. But the US Centers for Disease Control and Prevention has said there is no evidence that animals play a significant role in spreading the coronavirus.

Worries about rat infestations in Japan grabbed attention ahead of the October 2018 shutdown of Tokyo’s Tsukiji market, the world’s oldest fish market and a major tourist attraction.

The closing sparked predictions that hordes of rodents would flee, including to the upscale Ginza shopping area. In response, merchants and authorities conducted a huge extermination operation that officials said was largely successful.