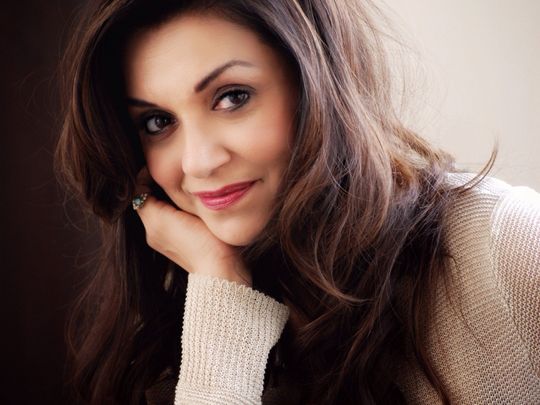 Indian actress Lillete Dubey will never forget how a top Bollywood producer had propositioned her for a role in his ambitious film.

“You are going to be the hero’s mother! He said it in a voice filled with awe and wonderment,” said Dubey in an exclusive interview with Gulf News over the phone.

When she prodded him further, the high-profile Bollywood producer repeated himself as if she didn’t hear him clearly the first time.

But she didn’t give up; explaining patiently that his mother in real life will be different in personality when compared to her mother and therefore this ‘hero ki maa’ might have distinguishing personality traits too that makes her different on-screen. Being a hero’s mother wasn’t a defining distinction in her eyes.

“He was totally flummoxed and bewildered by my questions… He just didn’t get it that being a hero’s mother was not the career that I aspired for. What he ideally needed was a furniture prop — someone to play a mother with no agency or personality. I found the whole idea so absurd,” said Dubey.

With this telling ‘hero ki maa’ anecdote, Dubey has wonderfully encapsulated what has been ailing Hindi cinema for a long time. Bollywood films are always keen to portray senior actors in nurturing, care-giving mother roles. These fading actors of a ‘certain age’ are offered angelic matriarch roles who are mostly pliant sacrificial lambs eager to put their dreams away at the altar of their children’s happiness.

Blessing their children sporadically through the film with inane dialogues like ‘jeete raho’ [god bless’] and ‘khana khaalo beta’ [eat food, son] and looking dotingly at their offspring is a part of the Bollywood mother acting package.

But 66-year-old Dubey — who is a self-titled ‘accidental actress’ — wasn’t keen to be slotted into that myopic bracket.

“From day one, I was very clear about not stereotyping me. You can’t fight the standards set in cinema beyond a point, but I still try. I resist such stereotyping with all my might whenever I can.”

Dubey is a thespian who began her career in Hindi commercial cinema in her mid 40s — an age that is deemed unsuitable for acting debuts — and thwarted every established convention in Bollywood.

Be it playing the harried bride’s Punjabi mother in director Mira Nair’s ‘Monsoon Wedding’ or that understanding friend to Amitabh Bachchan in ‘Baghban’, Dubey has tried to ‘mix things up’. She didn’t start young.

“Bollywood is very keen to put you into boxes. They are keen to label you as the vamp or as that sweet, nice mother. Although, now it’s more fluid in Hindi cinema, I still remember how I got a slew of similar ‘aunt’ roles after my turn in my first commercial film release ‘Zubeidaa’,” said Dubey. She was hailed her as the new ‘Aruna Irani of Bollywood’, following her role as an aunt in the royalty thriller.

For those in the dark, Irani was the go-to Bollywood actress for the sassy aunt, mum and grey matriarch roles.

Dubey is leading by example. In her recent short film about a mother-daughter bond ‘Season’s Greetings’ streaming on Zee5, directed by Ram Kamal Mukherjee and starring Celina Jaitly, Dubey plays a single mother, a Bengali, who reveals the identity of her life partner towards the climax to her daughter. There’s an oblique reference that Dubey is in a same-sex relationship and wants to reveal that facet of her life to her grown-up daughter. The family re-union doesn’t go as per plan, but the mother seems to have taken charge of her life that was riddled with loneliness when her husband abandoned her.

Apparently, her role in ‘Season’s Greetings’ was rejected by several established Bengali actresses, but Dubey was sold from the word go. The role of a mother — who followed her heart — questioned the construct of saintly mothers archetype in Bollywood.

“I was so happy that Ram [director] thought of me in that role. He could have cast any Bengali actress for that role. Perhaps, many Bengali actresses didn’t want to take on such a role, but the movie pushes children to think of parents as individuals with their [own] desires. Their notion that parents are meant to be at their service 24×7 and that’s their only role in their life will be questioned. I loved that this film of mine pushed you to rethink,” she said.

Not all Bollywood projects have offered her that kind of ‘creative satisfaction’. She has learnt to look to theatre to appease her artistic cravings and she considers Bollywood — which she claims has always under-utilised her talents as an actress — as something that is more transient. She believes that she has nothing to prove after a certain age and that she just wants to expand her exposure to myriad experiences.

“Commercial Hindi cinema is a different ballgame. The earlier you realise it, the bette you will be. You rarely do it for creative satisfaction. You do it because you get work with some great people, you get to have fun and go to exotic places and make some money. Sometimes if you are lucky you get good films in the process like ‘Monsoon Wedding’.”

“The whole of Leicester Square was filled with marigold and diyas [lamps]. And when he met me and said he that ‘The Best Exotic Marigold Hotel’ one of his most favourite films. I later thought about it. It must have resonated with him. He re-married very late in the autumn of his life. So in life, you can turn a corner at any time and life can throw you an unexpected curve.”

Dubey counts her tryst with Bollywood commercial cinema as that unexpected, but gratifying turn. Even if she has to ward off typical Bollywood mother/aunt roles, she’s loving every minute of her acting journey.

“There’s hope for all of us and we should be just grateful for all the things that are right in our lives … Just because you turn 50 or 60, life needn’t stop. As long as we are healthy, we should always dream for bigger and newer experiences… Seize life, I say. Life is too short to play the same kind of roles.”

“I have never cared for any kind of social media. But this trying times in our lives have made me re-consider. My work has always been my calling card, but for the first time in my life, I did a Facebook live and I couldn’t believe the number of people who tuned in.” Dubey on how coronavirus-propelled lockdown had forced her explore the world of social media.

“Ageism exists in Bollywood … Cinema is a highly visual medium and you can’t fight that beyond a point. But it’s improving a lot now. I am just grateful that I have done over 50 films”

What’s next for Lillete Dubey?

“I am acting in a Bengali series where I play a liberated grandmother who encourages the young generation to go out and do things. I did it on a lark and I enjoyed myself. I am also working on a play based on Twinkle Khanna’s short story ‘Salaam, Noni Appa’ from ‘The Legend Of Lakshmi Prasad’. It is about a widow and her yoga teacher.”