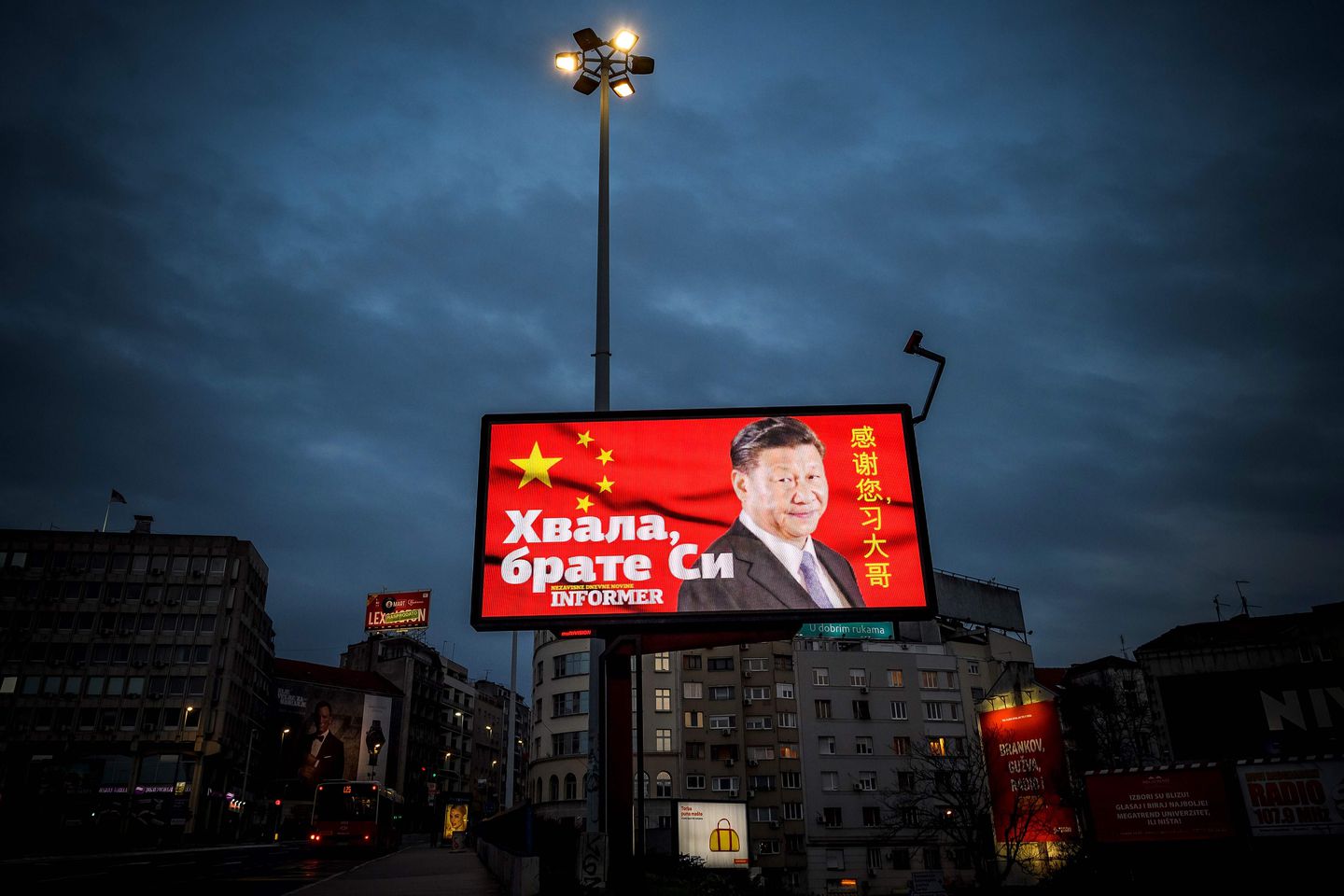 But his largely unpopular decision this month to suspend funding to the global health agency for 60 days in the middle of a pandemic could have impacts that reverberate beyond the current crisis: Enhancing China’s standing in the world while reinforcing perceptions of the United States as an unpredictable partner.

In the short run, the move hands Beijing a propaganda victory, bolstering its campaign to deflect attention from what happened in Wuhan and recast the crisis as evidence of China’s competence and cooperative might. A Foreign Ministry spokesman said the donation showed China was “defending the ideals and principles of multilateralism” — a not so subtle swipe at Trump’s frequent attacks on globalism.

Going forward, a U.S. retreat from the Geneva-based WHO could help China amplify its voice in the United Nations system and to shake up what’s left of the post-World War II order.

Critics say Trump’s move is aimed at deflecting attention from his administration’s response to the coronavirus as U.S. cases and deaths grow. He initially praised the WHO and China in their responses to the pandemic.

And despite his claims of WHO deference to China, the United States is still a dominant force at the agency. As the organization’s biggest donor, it helps set program priorities. Americans fill important roles at its headquarters.

More than a dozen U.S. researchers — physicians and public health experts — were working full time at the WHO headquarters when the virus was detected late last year. They sent real-time information about its discovery and spread in China to the Trump administration.

“We have a huge amount of influence at WHO through our funding, our diplomacy and our technical collaboration and staff secondments,” said Mara Pil­linger, an associate in global health policy and governance at Georgetown’s O’Neill Institute for National and Global Health Law.

The WHO’s director general, Tedros Adhanom Ghebreyesus, has praised the concept: “President Xi’s proposal for a Health Silk Road, which strengthens and renews ancient links between cultures and people, with health at its core, is indeed visionary,” he said at a Chinese conference in 2017.

It is not yet clear what that vision means.

Although China touts its multilateral credentials, the Health Silk Road, like many of its projects, seems to be focused on securing bilateral relationships.

In a phone call with Italian Prime Minister Giuseppe Conte last month, Xi offered to send medical experts and supplies like masks to help the fight against covid-19, the disease the coronavirus causes. China is “willing to work with Italy to contribute to international cooperation in combating the epidemic and to the construction of a Health Silk Road,” read the write-up in Xinhua, the state newswire.

Some countries have welcomed Beijing’s “mask diplomacy.” Others are skeptical.

“We must be aware there is a geopolitical component,” wrote Josep Borrell, the European Union’s chief diplomat, “including a struggle for influence.”

That struggle has been front and center in the U.S. fight over the WHO.

Trump initially lauded the organization’s work and echoed its praise for President Xi Jinping. But as the U.S. outbreak worsened, he changed his tune.

His criticism that the WHO is “China-centric” and “missed the call” on the coronavirus nonetheless took off among Trump allies, uniting China hawks and anti-globalists.

Elements of Trump’s critique have resonated beyond the White House.

Since the outbreak of the coronavirus in Wuhan, the WHO has been dogged by questions. In January, the agency amplified dubious Chinese claims and figures. It was also slow to recognize the risk of human-to-human transmission. And it lavished an unusual amount of praise on Beijing.

Part of the problem is that the agency, as a member-state organization, must coax cooperation from countries in crisis. It cannot compel countries to share information or open their doors. But by February, even the organization’s traditional defenders were baffled by its failure to signal some skepticism.

As the U.S. outbreak worsened, Trump began to turn against the WHO. He announced the funding freeze on April 14: “We have not been treated properly,” he said.

The move has helped China sell some of its preferred bits of propaganda — particularly the narrative that Beijing, unlike Washington, is equipped to lead.

Xi, the dissent-crushing general secretary of the Chinese Communist Party, has tried in recent years to portray himself as a steward of the global order.

Trump’s decision to freeze funding in the middle of a public health emergency “ties in with Beijing’s attempts to portray the U.S. as an irresponsible actor,” said Matt Schrader, a Washington-based China analyst for the Alliance for Securing Democracy at the German Marshall Fund.

China, in this telling, is a selfless sender of masks and supplies; the United States is an emblem of selfish retreat — even though it typically gives 10 times more than China to the WHO.

Yanzhong Huang, a senior fellow for global health at the Council on Foreign Relations, said the U.S. funding freeze will make China a more important player.

“Given that he is being so supportive of Beijing, I see no reason President Xi would say no,” he continued. “We are basically handing more influence over to Beijing.”