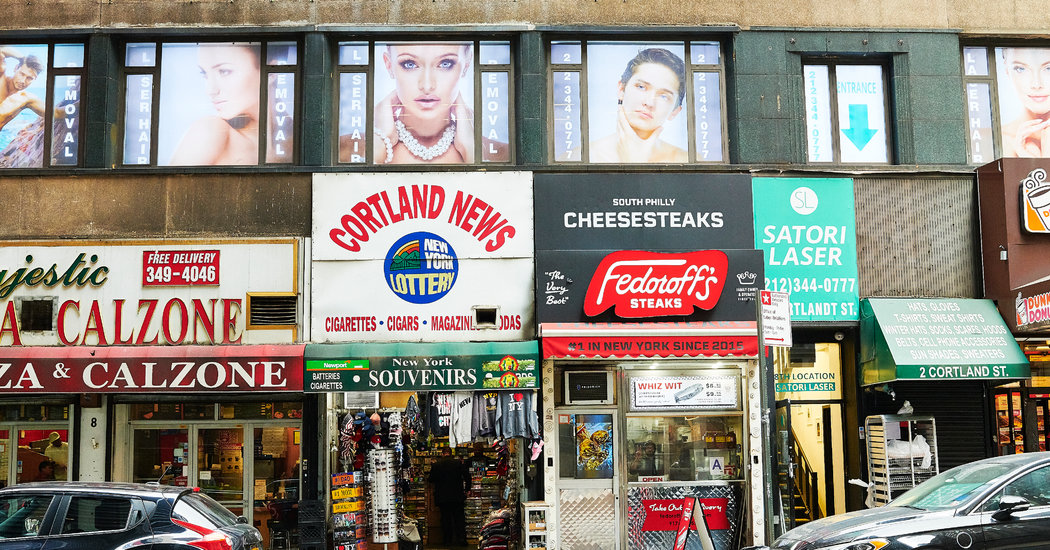 Domio, a start-up that offers short-term rentals, has its headquarters in a New York City loft that features beer on tap, a game room and a wall of house slippers for visitors. The fast-growing and unprofitable company has raised $117 million in venture capital, including $100 million in August.

When the coronavirus pandemic caused Domio’s bookings to dry up last month, it laid off staff but did not ask its investors for more funding. Jay Roberts, Domio’s chief executive, said it had no immediate need to raise more money and most likely had enough cash to last until 2021.

Instead, Domio applied for a federal loan under the Paycheck Protection Program, the $349 billion plan to save jobs at small businesses during the outbreak. It received a loan on April 13. Three days later, the program’s funding ran out, even as hundreds of hard-hit restaurants, hair salons and shops around the country missed out on the relief.

Questions about whether the funds were disbursed fairly and whether some applicants deserved them have drawn scrutiny to the aid program. Several companies that got millions of dollars in loans, such as the Shake Shack and Kura Sushi restaurant chains, faced criticism and eventually gave the money back. On Friday, President Trump signed legislation approving a fresh $320 billion to replenish the program, which the Small Business Administration is directing.

Now, scrutiny of the program has reached technology start-ups like Domio. While many of these young companies have been hurt by the pandemic, they are not ailing in the same way that traditional small businesses are. Many mom-and-pop enterprises, which tend to employ hourly workers and operate on razor-thin margins, are shutting down immediately because of economic pain or begging for donations via GoFundMe campaigns.

But start-ups, which last year raised more than $130 billion in funding, have sometimes turned to the government loans not for day-to-day survival but simply to buy useful time. In Silicon Valley parlance, they want to extend their “runway,” or cash on hand, to a year or more. Many are backed by venture capital investors, who have accumulated record sums of capital — $121 billion as of the start of this year — that could be used to keep companies afloat.

The start-up rush to tap the finite pool of government aid has stirred up a furious debate in Silicon Valley over whether these companies should have applied.

“They are doing it because they can,” said Chris Olsen, a venture capitalist with Drive Capital Partners in Columbus, Ohio. “They view it as free money.”

Silicon Valley Bank, which serves start-ups and is one of the lenders offering the Small Business Administration loans, said that it had received 5,500 applications and that nearly two-thirds — more than than 3,600 — had been approved.

Most tech start-ups have fewer than 500 employees, making them eligible for the federal loans. They needed simply to certify that current “economic uncertainty” made the funds necessary to support their “ongoing operations.” The loans can be forgiven if used to cover payroll. The government has not shared a list of recipients.

“These are potentially some of the most important companies for America’s future competitiveness,” he said.

Some start-ups said they saw how they had an advantage over traditional small businesses in obtaining the loans. While the application process has been difficult to navigate, many of the start-ups leaned on their relationships with banks, investors, law firms and the lobbying group.

AltMarket, a Los Angeles start-up that released a cryptocurrency honoring the late Wu Tang Clan rapper O.D.B., received a federal loan on April 14, its chief executive, Bryce Weiner, said. He said his company, which has worked with financial regulators in the past, was better equipped to sort through the loan application than, say, a restaurant owner. He added that he had worked closely with his lawyer for a week, contacting banks and loan providers.

“It’s clear that people who need this money probably don’t have access to what’s going on,” Mr. Weiner said.

Jamie Baxter, chief executive of the staffing start-up Qwick, said his chief financial officer had worked overtime for two weeks figuring out the loan application process. Qwick, backed by $7 million in venture funding, received a loan for $500,000. It also cut staff by 70 percent and tapped its investors for an additional $1 million, Mr. Baxter said.

While it wasn’t initially clear that venture-backed start-ups were eligible for the federal loans, lobbyists spent weeks pushing to clarify that they could participate. The idea gained support in Congress, including from two powerful Californians, Speaker Nancy Pelosi and Representative Kevin McCarthy, who leads House Republicans.

Mr. Field, the association lobbyist, said it was up to individual companies to decide whether they could truthfully tell the government that they required help.

“You have to certify need, there’s no doubt about that,” he said. “How do you define need is a subjective question that you have to figure out.”

“We just think those companies ought to not get in line in front of Main Street businesses,” Mr. Wenger said.

Manny Medina, founder of Outreach, a sales software start-up that has raised $238 million and is valued at $1.1 billion, said his board of directors and bank had initially pushed him to apply for a loan. His contacts at Silicon Valley Bank told him that the program would be a “free-for-all” and a “run to the money,” he said. Outreach did not apply, he said, but “there was some real pressure.”

Julia Thompson, a spokeswoman for Silicon Valley Bank, said that what Mr. Medina had described did not represent the lender’s “official stance, but may have been one person’s characterization.”

Some start-ups that applied for the loans argued that their jobs should not be treated as more disposable than, say, waiters or house cleaners, despite much higher salaries. Several said they had a fiduciary duty to keep their company alive.

Kendrick Nguyen, chief executive of Republic, a site for investing in start-ups that has raised more than $16 million in funding, said he had applied so his company could be in a strong position when the economy bounced back. Republic has enough money to keep going for one to two years despite a steep drop in business last month, he said.

Mr. Nguyen said that Republic had not asked its investors for more money “because, quite frankly, we are in a very sound financial situation for a tech start-up.” He declined to be specific about the financials.

Other entrepreneurs said they had no better option than to seek the aid.

JetClosing, a real estate tech start-up in Seattle, said its fund-raising plans had been derailed by the virus in March, leading to layoffs of 20 of its 100 employees. Dan Greenshields, the chief executive, said he had applied for a government loan to stave off further cuts. Last Wednesday, JetClosing received a $1.6 million loan.

The League, a members-only dating app based in San Francisco, also applied for a federal loan. Amanda Bradford, the chief executive, said that revenue had fallen 10 to 15 percent this year and that the company’s landlord had declined to lower the monthly $13,000 rent. While the League looked into traditional loans, they carried a 16 percent interest rate. A government loan, with an interest rate of 1 percent, would help the company get to one year of cash, she said.

LiveRecover, a software start-up in Austin, Texas, opted not to apply but was torn over the decision, a co-founder, Dennis Hegstad, said.

“If there’s money flying from the sky and everyone’s grabbing it, why would you not grab it?” he asked. Then he answered his own question: “There are other people who need it more.”