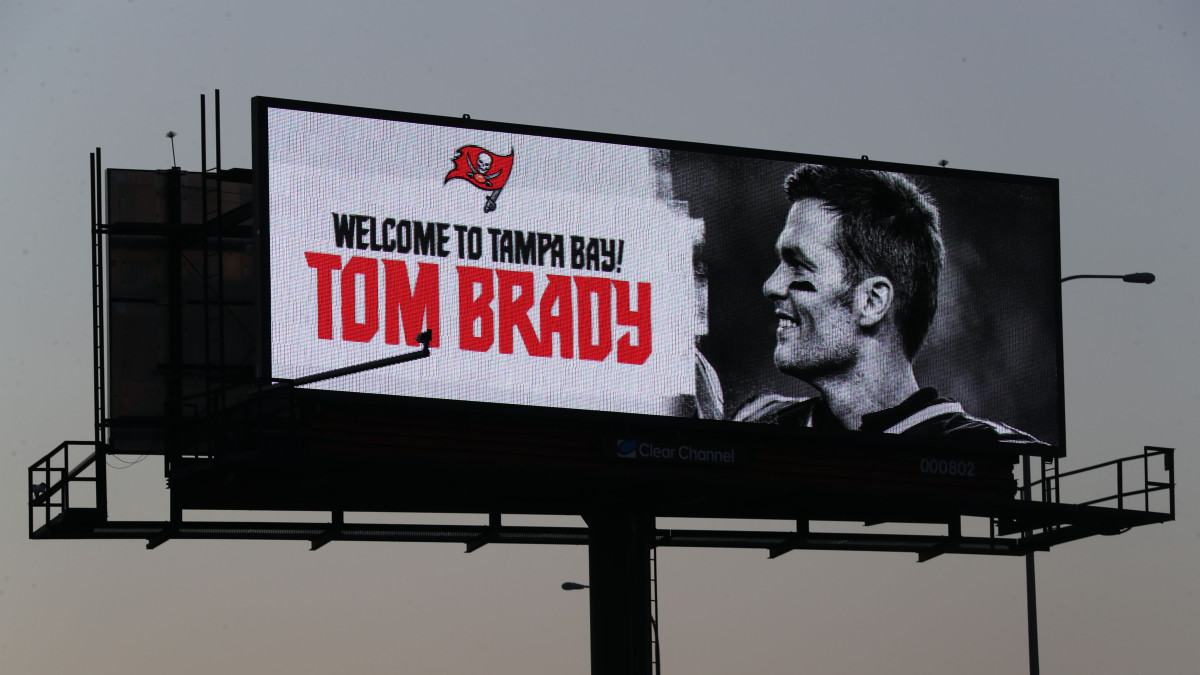 We’re not seeing the same kind of movement in the NFL Super Bowl LV futures market we’re normally accustomed to after the NFL Draft. Due to the COVID-19 pandemic, the NFL Draft was not held in Las Vegas, and with the move to a virtual draft—via telecommunications platforms—the sportsbooks saw virtually no handle in this respective market.

According to my sources, the oddsmakers expected a record handle in this market prior to the world shutdown, projecting that many fans who were flying to Vegas for the event would invest in this particular market before they left town. Instead, not only did the Vegas sportsbooks miss out on that attendance, many of the books around town made a business decision to shut down their mobile betting applications completely as well. With all that in mind, oddsmakers very rarely adjust prices “on air” without the influx of wagers needed to balance their overall risk.

Back in March, we highlighted the movement after the news of Tom Brady landing in Tampa Bay as well as every blockbuster move during the NFL Free Agency Frenzy. Here’s a look at the teams that have seen the biggest alterations to their team outlooks according to the boys in the desert.

No team saw a more significant adjustment than the Buccaneers, who made the biggest splash in free agency in signing Tom Brady away from the New England Patriots. The Bucs went from 60/1 all the way to the fourth overall betting choice at odds of 14/1. Brady moves in under center and takes the reins of one of the league’s most high powered offenses led by two Pro Bowl wide receivers in Mike Evans and Chris Godwin. We all know that Brady loves to utilize his tight ends and now he has a very familiar face in Rob Gronkowski, in addition to Cameron Brate and O.J. Howard. The oddsmakers realize that Brady immensely brings value to a wide-open NFC that doesn’t contain either team that is home to the last two League MVPs in Patrick Mahomes and Lamar Jackson.

At the new considerably lower odds I would not invest in Tampa Bay, despite the arrival of the Hall-of-Fame bound Brady. We saw this hype last season with the Cleveland Browns—who eventually went as low as 6/1 in Vegas last season—only to see the sportsbooks crush those who bought into all the offseason moves that included acquiring star wideout Odell Beckham Jr. This is a hard pass for me at the extreme short odds.

Another team that saw a sizable move in their Super Bowl futures odds were the Cardinals. The Cardinals easily are the winners of the offseason after acquiring star wide receiver DeAndre Hopkins via trade from the Houston Texans. Kyler Murray was the overall QB7 in fantasy football and the Offensive Rookie of the Year last season without a weapon like Hopkins. Just imagine the strides he could now make in Kliff Kingsbury’s offense. Perhaps no player summed up the thoughts of every NFL fan better than running back Chase Edmonds upon news of the trade:

In a wide open NFC, I love the attractive plus-odds of Arizona at 60/1 or higher, especially after landing arguably one of the best prospects in the Draft in star linebacker Isaiah Simmons. Sign me up as intrigued to purchase a futures ticket on the Cardinals.

I believe the oddsmakers are right to lower the odds on Indianapolis after signing Philip Rivers to pilot Frank Reich’s offense. Rivers joins a Colts team that returns not only one of the NFL’s top offensive lines, but the only unit that started all 16 games as a group last season. They’ll also be on the trail for success adding both the dynamic Jonathan Taylor and the explosive Michael Pittman Jr. to an offensive attack that already consists of T.Y. Hilton and Jack Doyle. Rivers, who is sixth on the NFL’s all-time passing list, joins a team capable of getting him the Super Bowl berth that has eluded him during his 16-year career.

With the Ravens and Chiefs in the AFC, the road to Super Bowl LV will be an impossible task for Rivers and the Colts. However, bettors will want to give a serious look at wagering on the Colts to win the AFC South, especially after the hit the Houston Texans took following the shocking trade of Hopkins to Arizona. I have already made a sizable wager at William Hill on the Colts in AFC South futures at a solid value of +140.

The movement in odds for Bill O’Brien’s squad is perhaps the most obvious and necessary adjustment made by the oddsmakers. The move by the Texans to unload arguably the best wide receiver in the NFL, in the prime of his career, for an aging running back is one that stunned the sports world. It will be a tall task if the Texans expect to compete in a loaded AFC with an offensive attack consisting of the oft-injured Will Fuller, Kenny Stills and the newly signed Randall Cobb. The hit that quarterback Deshaun Watson takes from a fantasy perspective is monumental to say the least. I would envision that the odds on the Texans will continue to grow into the triple-digit range by the time the 2020 season kicks off.

The demise of the Patriots dynasty is well underway. The best player in team history has jumped ship to become a member of the Buccaneers. As of now, we still do not have any idea who will be under center for Bill Belichick when the season does actually commence. With the loss of Brady, the Patriots are no longer the best team in the AFC East and are no longer among the elite teams in the AFC. It will be interesting to see how long the 67-year-old Belichick desires to walk the sideline without arguably the best quarterback in league history. Unless the Patriots make a big splash like signing Cam Newton or trading for Jacoby Brissett, I would suspect the odds will only climb higher in sportsbooks everywhere from the current price of 30/1.

Just what exactly is the offseason plan of the Los Angeles Rams? The club has lost three key defensive starters in linebackers Dante Fowler Jr. and Cory Littleton as well as defensive lineman Michael Brockers. Los Angeles has parted with five of the top seven players on defense in terms of snaps played. The Rams will get a full season out of star cornerback Jalen Ramsey, but with all the key defections mentioned above, what about the offensive side of the ball?

They moved on from running back Todd Gurley as well as star wide receiver Brandin Cooks. The Rams also have issues along their offensive line, which has hindered the success of star quarterback Jared Goff. The Rams need to be a serious fade for all bettors in all futures markets pertaining to the team for the foreseeable future.

NFL Offensive Rookie of the Year Best Bets and Longshot

NFL Defensive Rookie of the Year Best Bets and Longshot

Bet on These 3 NFL Teams to Make the Playoffs