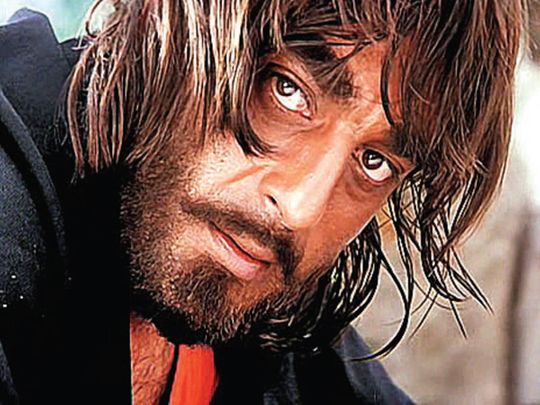 It would have been a casting coup had Bollywood showman Subhash Ghai successfully achieved what he had planned out for his 1993 box office blockbuster.

According to a recent revelation made by the director-producer to Indian daily, Mumbai Mirror, Ghai had planned to turn ‘Khalnayak’ into an international production starring legendary Arab actor and Hollywood star Omar Sharif (‘Lawrence of Arabia’, ‘Doctor Zhivago’). The film was also to be produced by Ashok Amritraj, the current Chairman and CEO of the Hyde Park Entertainment Group.

However, due to Ghai’s own discomfort at shooting the film as an international project, he then looked at turning the action-thriller into an art-house project with Jackie Shroff and Nana Patekar in the lead as the cop and the criminal who also happen to be brothers.

Ultimately though, Sanjay Dutt was roped in as the crime lord Ballu, with Shroff playing the cop Ram and Madhuri Dixit essaying the role of Ganga.

Last year, Dutt also confirmed to Gulf News that a sequel was in the works, revealing at the time that he was in talks with actor Tiger Shroff (Jackie Shroff’s son) to spearhead ‘Khalnayak’ 2.0, which the veteran actor was looking to produce and star in. The rights of the film are owned by Ghai’s Mukta Arts.

“We are definitely looking at making a sequel to ‘Khalnayak’ under the Sanjay S Dutt production house. We are still in the talking phase and have approached Tiger Shroff to star in the film,” the actor revealed at the time.

Dutt also confirmed he will return to the film as well as Ballu, the terrorist who has a volte face in the end of the original film after his love for Ganga prompts him to surrender to the police.

Meanwhile, in his Mumbai Mirror interview, Ghai also spoke about making a remake for his directorial debut, ‘Kalicharan’ that released in 1976 and starred Shatrughan Sinha as a cop and a criminal.