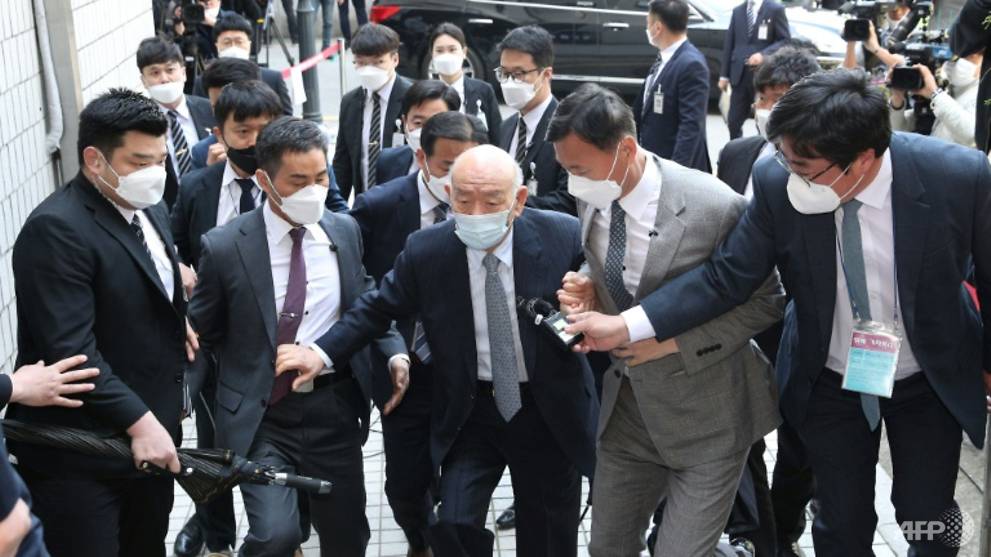 SEOUL: Former South Korean president Chun Doo-hwan went on trial on Monday (Apr 27) for defaming an activist priest who documented a brutal crackdown by his troops on pro-democracy demonstrators in Gwangju.

An uprising in the southern city against Chun’s military government four decades ago ended in a bloodbath by martial law troops that left around 200 people dead or missing according to official figures.

Activists say the toll may have been three times as much.

Chun seized power in a military coup in 1979 and ruled South Korea with an iron fist until 1988, stepping down after mass demonstrations forced him to agree to the restoration of democracy.

In 1996 he was convicted of treason and bribery and sentenced to death. But the country’s top court commuted the penalty to life in prison and he was released the following year on a presidential pardon.

The 89-year-old remains hugely divisive in the South and is accused of defaming late priest Cho Chul-hyun, who repeatedly testified that helicopters had opened fire on civilians in Gwangju.

Libel is a criminal offence in South Korea and if convicted, Chun could face up to two years in prison or five million won (US$4,000) in fines.

Some far-right conservatives in the South continue to condemn the uprising as a Communist-inspired rebellion, while liberal President Moon Jae-in has reopened investigations into the military’s actions.