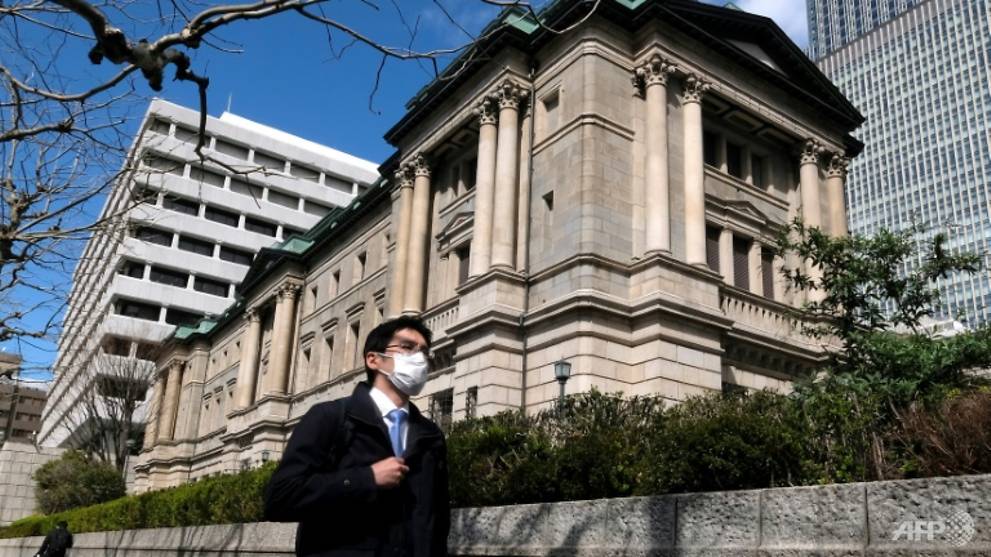 TOKYO: The Bank of Japan on Monday (Apr 27) ramped up its emergency monetary easing, lifting the cap on its buying of government bonds and increasing purchases of other assets, while cutting its growth forecasts.

After a meeting shortened from two days to one, the central bank said it would shift to unlimited government bond-buying and more than double its capacity to purchase corporate bonds and commercial papers – a move to support Japan Inc’s financing as the country grapples with the spread of coronavirus.

The move is “largely symbolic, but it’s better than doing nothing”, Taro Saito, senior economist at NLI Research Institute, told AFP ahead of the decision.

“Given the circumstances, no one expects the latest policy can turn the economy around, and the same can be said about fiscal stimulus,” he said.

Even before lifting the 80 trillion yen cap on government bond buying, the BoJ’s purchases were well below the ceiling, Saito noted.

In a quarterly economic report issued on Monday, the bank also revised down growth forecasts for the world’s third-largest economy.

For the current fiscal year to March 2021, it now forecasts the economy will shrink by 0.3 per cent to 5.0 per cent, compared with the previous estimate of 0.8-1.1 per cent growth.

For the past year to last month, the BoJ estimates the economy shrank 0.1 per cent to 0.4 per cent, compared with the previously estimated 0.8-0.9 per cent growth.

However, it revised up the forecast for fiscal year to March 2022, now estimating growth of 2.8-3.9 per cent, against a previous estimate of 1.0-1.3 per cent expansion.