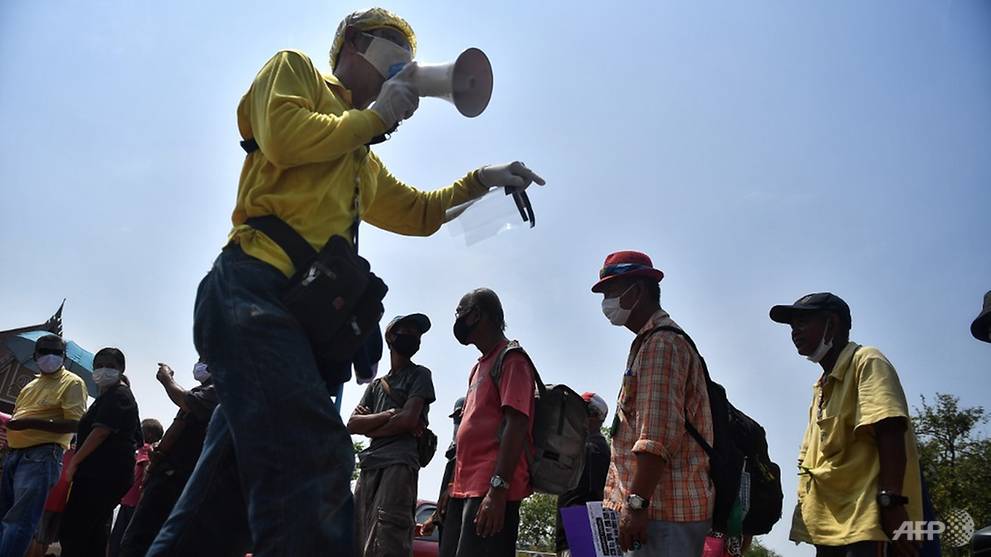 BANGKOK: Analysis of air quality in Bangkok since the Thai government began enforcing strict social isolation measures has found significant drop in dangerous pollution levels of more than 20 per cent, as compared with the same time last year.

The average levels of PM2.5 – tiny atmospheric particulate matter mostly produced by vehicles, refineries and other heavy industries – were reduced by 22 per cent in roadside areas of the capital, and 15 per cent in air monitoring stations in general areas between Mar 15 and Apr 10.

The amount of PM10, typically caused by agriculture, construction and smoke, is also significantly down and carbon monoxide has been almost slashed in half, according to the analysis of government data by one of the country’s leading air quality experts, Dr Supat Wangwongwatana, the former director general of Thailand’s Pollution Control Department.

“Now, the air quality is very, very good. In some areas, the air quality is even within the World Health Organization (WHO) standard. This crisis proves that when people stay home and cease using transportation, air pollution drops as well,” Dr Supat, who is with Thammasat University’s Faculty of Public Health, told CNA.

The Thai government has implemented work-from-home measures, introduced a 10pm to 4am curfew and ordered the closure of non-essential businesses in an attempt to minimise the transmission of the deadly disease, which has killed 52 people in the country as of Apr 27.

The outcome has been a drastic reduction in traffic, one of the major causes of the daily haze that hangs over the city, particularly during the early months of the year.

The improvement in air quality follows a period of heavy haze in February and prolonged hazardous levels of fire-caused air pollution in the north of Thailand.

While Bangkok residents may be breathing easier during this period, studies throughout the world have drawn a connection between short and long-term cleaner air and mortality rates linked to COVID-19, a clear incentive to keep the skies clear of particles that adversely impact public health.

Experts say it is proof of the long-term benefit to public health that could arise if climate change mitigating measures are acted upon seriously by governments. The polluting industries and sectors exacerbating health risks now are the same ones rapidly warming the planet.

“PM 2.5 isn’t a pandemic, but it has long term impacts on people’s health, weakening people’s health in the long run,” Dr Supat said. “We can clearly see that when we reduce the human activities that interrupt or damage nature, nature can recover, whether in the oceans, in the rivers or in the air.

“If we really want to solve the air pollution problem, we can do it. In a normal situation, we should work from home for a month of the year anyway – in the month where air quality is normally the worst. Of course, this will not fix the problem, but it can abate the situation,” he said.

Researchers from Harvard University’s T H Chan School of Public Health last month looked at data from 3,000 US counties, comparing deaths from COVID-19 and levels of PM 2.5 pollution. Those with even slightly dirtier air had death rates up to 15 per cent higher.

Prolonged exposure to harmful air pollution is known to weaken resistance to respiratory diseases and can heighten the risks of lung cancer and heart disease. And during this pandemic, those with pre-existing health conditions have been warned about their greater susceptibility to COVID-19.

Health risks due to air pollution are already an annual issue for Thailand. According to the Air Quality Life Index, it has the seventh worst air quality in the world.

It is a factor that causes 50,000 premature deaths a year, while the average life expectancy of Thais could be lifted by 2.1 years if average levels reached standards set out by WHO, the index says.

A World Bank report in 2017 also found that a 20 per cent reduction in ambient air pollution concentration – similar to what is being experienced in Bangkok now – could prevent a quarter of avoidable respiratory and cardiovascular fatalities in the country every year.

Air pollution around the world has tumbled throughout the lockdown periods enacted out of fear of the spread of the deadly virus. Countries with spikes in virus cases, including South Korea, Italy and China have all noted major drops in air pollution of various kinds, including harmful nitrogen dioxide.

Communities in India have been amazed by blue skies and sightings of the distant Himalayan mountain range, hidden for years by thick layers of dense smog.

Globally, carbon outputs could potentially drop by 5 per cent year-on-year, the most significant decline since World War 2, according to an analysis by the Global Carbon Project.

While the health impacts of such improvements are still being understood, they are significant. Stanford University research estimates that up to 77,000 lives in China have been saved during the pandemic period because of cleaner air – a number much higher than the official death toll in the country.

READ: On the front line with the Chiang Mai firefighters battling the flames behind the world’s worst air

But, pollution levels in these countries, and in Thailand, will inevitably resume to normal levels again without a concerted effort.

“It’s highly possible to have a much-polluted air quality after the end of the COVID-19 outbreak. The impacts of self-isolation and quarantine will lead to many stresses and frustrations,” said Dr Siwatt Pongpiachan the director of NIDA Center for Research & Development of Disaster Prevention & Management.

“It is most likely that more anthropogenic activities such as travelling and industrial activities will bring more pollutants after the end of curfew,” he added.

READ: ‘Out of hand’ haze over Bangkok a symptom of invisible killer pollution in city every day

Environmental scientist Dr Suchana Chavanich says the COVID-19 experience must be a trigger for greater collective action on climate change, with the health benefits an obvious starting point.

“I’m questioning why the measures to combat the virus are so much harsher than the measures to tackle climate change. We can see that, at the end of the day, humans are humans. We think of ourselves first,” the associate professor at Chulalongkorn University said.

“Now, people are more focused on public health and preventing the virus. We have totally forgotten about the environment. But we are part of nature. When nature is disrupted, humans will be affected, too,” she added.

“For the pandemic, even though we have to wait, there will be the vaccine. But unfortunately with climate change, if we wait for it to happen, there won’t be. This is the difference. We need to act rapidly to contain and prevent it in the first place.”