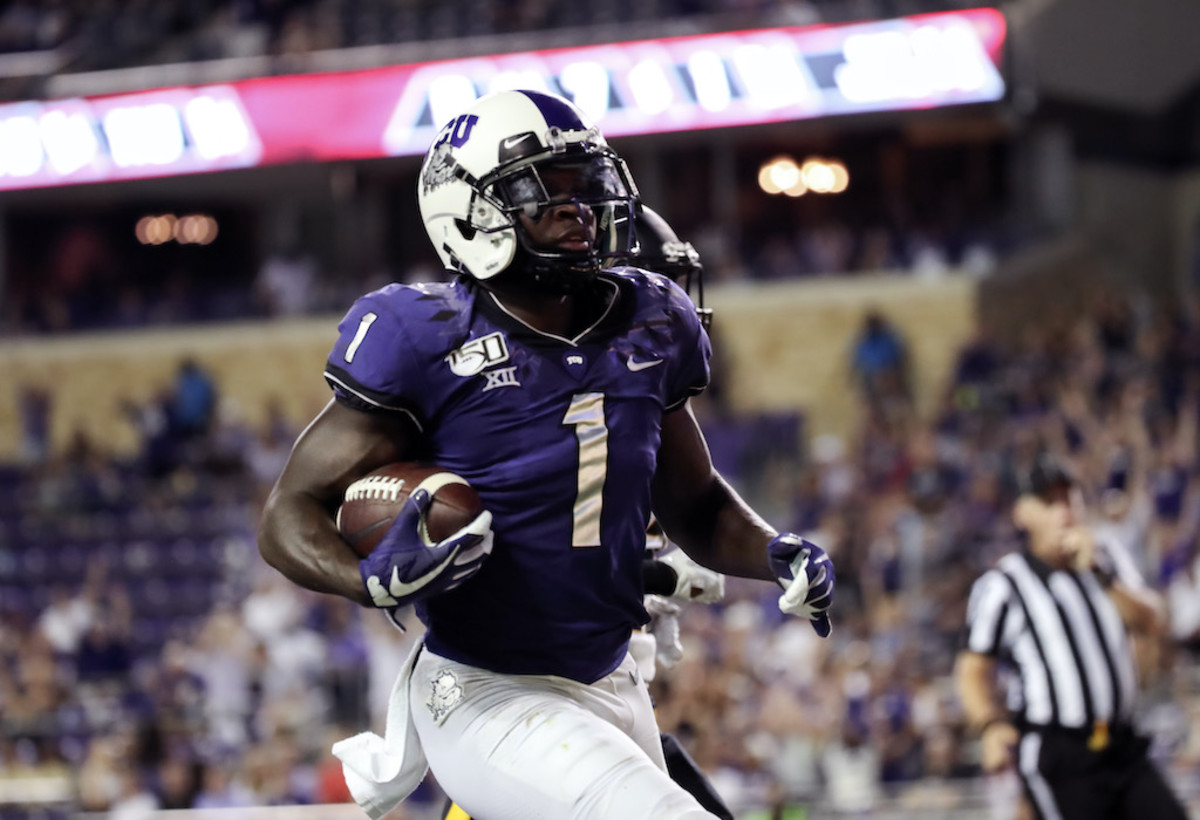 The most interesting part of the first round of this year’s draft was the possible gamesmanship between the Dallas Cowboys and the Philadelphia Eagles.

When WR CeeDee Lamb slid to Dallas at pick 17, he looked almost destined to make it to the Eagles four selections later. Miami already added a quarterback with their first pick, and it did not appear WR was in their plans at 18. The Raiders drafted WR Henry Ruggs III with the 12th overall selection, which put them on a path to take another position with the 19th pick. The only team possibly blocking Lamb falling to the Eagles was the Jacksonville Jaguars.

In that six-minute moment when the Cowboys were on the clock, it reminded me of the 2018 draft when Dallas was one pick away from landing a much needed TE in the second round. Philadelphia already had a top TE in Zach Ertz, but the Eagles gladly blocked the arch-rivals by selecting TE Dallas Goedert one pick before the Cowboys were on the clock. Maybe it was just me reading between the lines, but it did bring some intrigue to see if Dallas would add a third talent at WR while already owning Amari Cooper and Michael Gallup.

Either way, WR Jalen Reagor is now an Eagle. The sportsbooks gave him an over/under of 32.5 in his draft value, which meant Philadelphia pushed him up over some other talented players to take him at No. 21 overall. Sports Illustrated’s Kevin Hanson had Reagor ranked 43rd on his big board article.

When doing my top wide receiver prospect work for Sports Illustrated, I had Reagor ranked ninth. Here is a look at my scouting profile:

For an NFL team looking for a deep threat and return man, Reagor may be the go-to guy in the mid-rounds of this year’s draft.

Even with some questions with his initial quickness and change of direction value coming back to the line of scrimmage, Reagor has the talent to make big plays at the next level. His speed (4.47 forty) is deceiving, and he does play with strength (17 reps in the bench press at the NFL combine).

TCU used him on fades at the goal line, but his burst off the line did not look special in close. He will win his fair share of jump balls in the end zone. Reagor shines the most with the ball in his hands when seeing daylight. His acceleration through the second level of the defense is impressive when given space to make plays. He will challenge defenses in the deep passing game.

His college career started with 33 catches for 576 yards and eight TDs as a freshman in 2017. The following year he led the team in receiver production (72/1061/9) despite playing with three different lower-tier options at quarterback. Texas Christian struggled to throw the ball in 2019 (53.4 percent completion rate), which led to Reagor turning in a below-par season (43/611/5).

Overall, there is work to do to become a complete wide receiver while having plenty of talent. Some of Reagor’s development was restricted by the structure of his team last year.

John McMullen did a post-draft article on the Eagles’ decision to draft Reagor. Here’s a couple of his comments from their upper management about their attraction to him:

“We knew there were a lot of talented receivers in this [class], and there’s a lot of different flavors,” general manager Howie Roseman said. “This is the one we felt could really help our football team in multiple ways.”

“We’re very aggressive in working the phones and having conversations with teams and trying to figure out where we can move and when we can move,” Roseman said. “It’s gotta work for both sides, obviously.”

“We were also very comfortable sitting here and taking a player that has a great skill set for what we’re looking for,” said Roseman.

Here is a look at the early projections for the Eagles:

This year, the Eagles have a developing pass-catching running back while already having two top TEs that ranked at the top of the league in TE targets (229) in 2019.

Alshon Jeffery remains their top WR, but he continues to fall short of expectations while struggling to stay healthy over the last two years (nine missed games). DeSean Jackson is a dynamic playmaker, but at age 33 with 17 missed games in 2018 and 2019, his risk factor is extremely high. You can also add in that Zach Ertz is coming off a hip injury that may lead to regression in his chances.

Philly projects as somewhat of a balanced offense. QB Carson Wentz finished with 607 pass attempts in both of his full seasons in the NFL, which comes out to 37.9 passes per game (the league average in 2019 was about 35 passes per game).

I gave Reagor WR3 status for the Philly in my initial projections, leaving their new WR with only 32 catches for 474 yards and four touchdowns.

For the Eagles to squeeze more production out of their WRs, they would need a jump in passing attempts and/or possibly a shift of chances from the TE position to their wide receivers. I could also see where Reagor emerges as their top wide receiver if Jeffery has an injury.

In the early season in the high-stakes market (pre-NFL draft), Reagor had an ADP of 239 as the 73rd WR off the board. I only envision a slight improvement in his ADP until we have some training camp reports on his play and role in 2020.