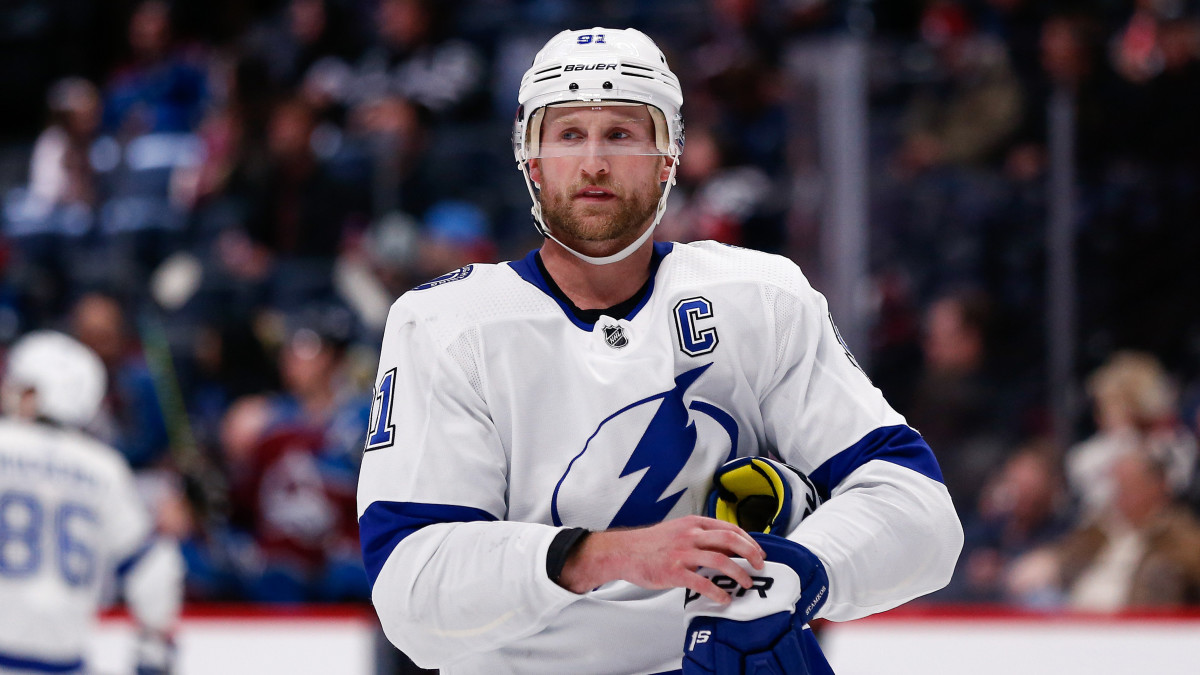 Tampa Bay Lightning forward Steven Stamkos has recovered from core muscle surgery and says he would be ready to play if the NHL season is cleared to resume.

In a video posted by the Lightning, Stamkos detailed his status following the surgery. The Lightning captain said the suspension of the NHL season has allowed him time to recover.

“With the timing of all this, it was devastating at the beginning, because I thought I would be possibly missing some [Stanley Cup] Playoff games,” Stamkos said. “And the stoppage happened, we didn’t know how long it was going to be, so the kind of silver lining in that was I’ll be ready when we resume.”

Stamkos underwent surgery for a core muscle injury in early March and was expected to miss 6-8 weeks, which would have held him out of the rest of the regular season and potentially the first round of the playoffs. Now, Stamkos is skating again at Tampa Bay’s facility.

“I’ve been able to still use this time to rehab,” Stamkos said. “I’ve been going to the rink three times a week to skate, and just start feeling normal again. So I guess I have a chance to get out of the house and do that, obviously safely, with all the guidelines we have within our community.”

“I have no idea when things are going to get back together, but we have anticipated that all of our guys will be ready to go when that time comes,” Cooper said on Friday. “We know it’s not coming tomorrow and probably not next week, but when the time comes, we anticipate everyone will be ready. I know he’s worked hard to get back. A lot of it had to do with rest, which he’s been getting.”

Stamkos missed seven regular-season games due to his surgery before the season was suspended. He has 29 goals and 66 points this season, both second on the team behind Nikita Kucherov. The Lightning hold a 43-21-6 record and stand in second place in the Atlantic Division.

The NHL joined other professional leagues in halting games on March 12 due to the COVID-19 crisis. The league has reportedly looked to resume the season in two to four team arenas after exploring non-NHL neutral sites.