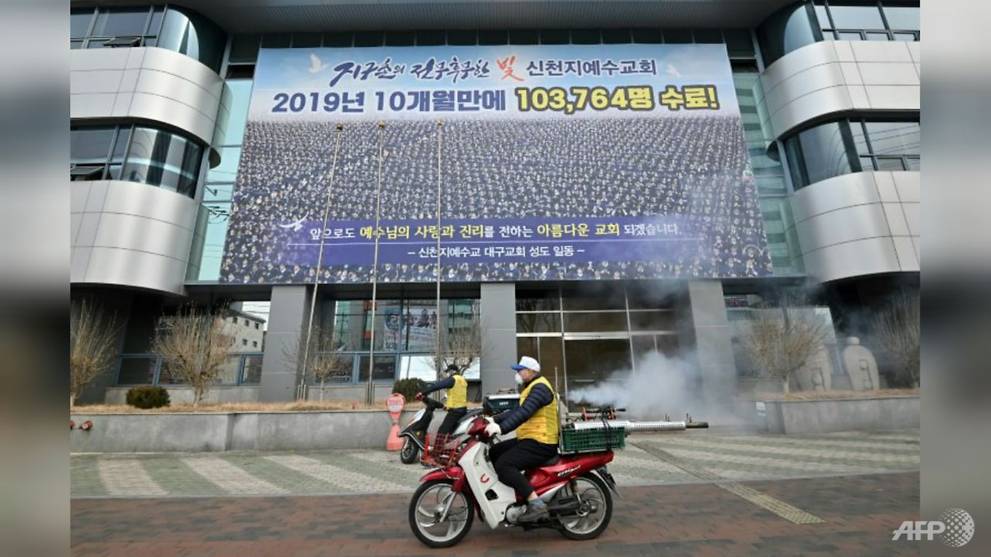 SEOUL: South Korea’s large churches reopened on Sunday (Apr 26), requiring worshipers to keep their distance and wear masks, after the government relaxed restrictions on religious gatherings aimed at slowing the spread of COVID-19.

Onnuri Church, one of the biggest churches in Seoul, required members to sign up online ahead of the service and sit on designated seats to maintain distance.

It has also limited attendance to 700 in a hall with a capacity of 3,000 people, a church official said.

Last Sunday, South Korea extended its social distancing policy until May 5 but offered some relief for religious and sports facilities previously subject to strict restrictions.

A secretive church, the Shincheonji Church of Jesus, was at the epicenter of South Korea’s coronavirus outbreak, with about half of the country’s total infections of 10,728 linked to its members.

The first confirmed patient in the church, South Korea’s 31st overall, was discharged from a hospital on Friday after being treated for over two months, the hospital in the southeastern city of Daegu said on Sunday.

South Korea managed to curb the first major outbreak outside China with massive testing and aggressive contact tracing but there have been a series of small outbreaks involving churches and other clusters.

South Korea on Sunday reported 10 new cases, marking the eight day when the number of new infections hovered around that level.

Church members expressed faith in the ability by South Korea and churches to tackle the coronavirus outbreak.

“I did not have fear. I believed that the church would abide by safe principles,” Kang Hye-mi, a 29-year-old worshiper, said at Myeongdong Catholic Cathedral in Seoul.

When restrictions were put in place, South Korean churches turned to online or drive-in services where churchgoers attended by parking their cars on school playgrounds.

Yang Sun-kyung, who went to the Onnuri church for the first time in two months, said she is able to concentrate better when attending church rather than during online worship which was sometimes distracting.

“I hope this (our church) can be an exemplary case for others,” Han Jin-gun, a 34-year-old worshiper at Onnuri said.

On Sunday, South Korean health authorities expressed concerns about the resurgence of virus, with more people going out on weekends as social distancing rules ease and ahead of a holiday that will start on Thursday.

There is a higher chance of infection in confined and dense places like churches, clubs and bars, especially among those in their twenties who account for the biggest portion of infected people, Jeong Eun-kyeong, director of the Korea Centers for Disease Control and Prevention (KCDC), told a briefing.