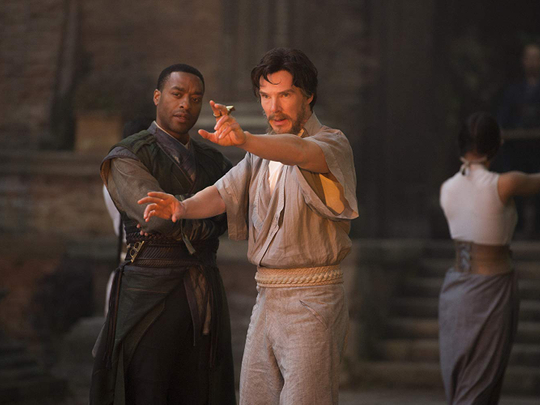 The wait to watch Benedict Cumberbatch wield magic on the big screen in the title role of ‘Doctor Strange’ just got longer. The film has been pushed back amid the ongoing worldwide COVID-19 crisis.

Disney has moved ‘Doctor Strange In The Multiverse Of Madness’ to March 25, 2022. The studio had recently moved it to November 5, 2021, but decided to shift the dates again to the following March, reports variety.com.

In ‘Doctor Strange In The Multiverse Of Madness’, Cumberbatch is set to return as the Sorcerer Supreme after his 2016 debut, and subsequent appearances in ‘Thor: Ragnarok’, ‘Avengers: Infinity War’ and ‘Avengers: Endgame’. He will be joined by Benedict Wong and Chiwetel Ejiofor, who are expected to reprise their roles as fellow sorcerer Wong and Strange’s compatriot-turned-nemesis Karl Mordo. Elizabeth Olsen has come on board to reprise her role as Scarlet Witch, aka Wanda Maximoff.

Rachel McAdams will not reprise her role as Strange’s colleague Christine Palmer.

Amid the coronavirus pandemic, Disney has revamped its release schedule. Among its major delays are: ‘Mulan’, which was supposed to debut on March 27 and is now scheduled for July 24; ‘Black Widow’ has been moved from May 1 to November 6, taking a spot vacated by ‘The Eternals’, which is now set for February 12, 2021; and ‘Shang-Chi and the Legend of the Ten Rings’, which moved from February 12, 2021, to May 7, 2021.