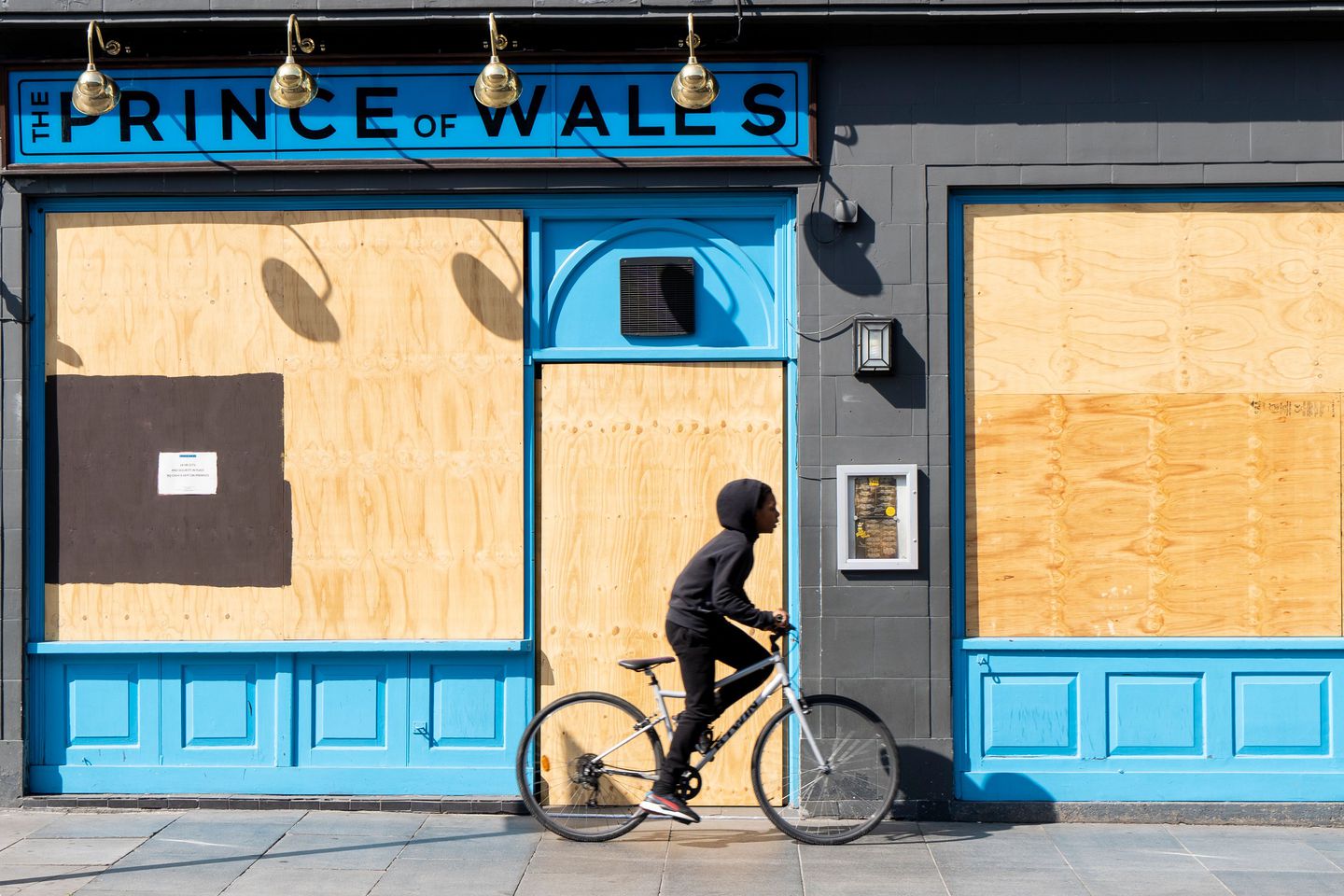 Britain is a nation of quiz obsessives. Not only is this the country that gave the world “Who Wants to Be a Millionaire?” — Britain’s most successful game-show export ever — but it’s also the place where, until recently, the majority of pubs up and down the country offered a quiz night.

But all the pubs have been closed for more than a month now. Establishments that kept their doors open even during the Blitz have shuttered to help slow the spread of the coronavirus. “I do accept that what we’re doing is extraordinary,” Prime Minister Boris Johnson said when issuing the order on March 20. “We’re taking away the ancient, inalienable right of freeborn people of the United Kingdom to go to the pub.”

Brits are undeterred. Rather than heading down to the local, they are turning up at what might as well be the Red Lion of YouTube and the King’s Arms of Zoom for online quizzes. The setting may lack low-beam ceilings and a roaring fireplace, but the bickering, the debating, the getting things right, the getting things wrong, the joy of socializing without having to get too personal — that’s still happening.

There’s some cheating happening, too, apparently. Google Trends reveals a telling spike in U.K. searches for “Who Wants to Be a Millionaire?,” “Diana Rigg,” “Cigarette Smoking Man,” “Simon Cowell” and “Goldfinger” just moments after Jay Flynn posed questions about them during Thursday night’s “Virtual Pub Quiz.”

Flynn, 38, is a former pub owner who decided five weeks ago to host a quiz on YouTube for his mates. He didn’t know about privacy settings — he jokingly calls himself the “least professional quiz host in Darwen,” a city in the northwest of England — and suddenly found himself broadcasting to tens of thousands. His quiz on Thursday was watched by more than 300,000 people, live and on replay.

There’s no single winner. Rather, people play along and set up their own circles of competition.

“A lot of people are setting up Zoom parties and Facebook Messenger videos and listening to this idiot asking questions,” said Flynn, referring to himself.

The quizzes are free to play, but Flynn gently encourages participants to donate to the National Health Service, where his wife works. He also incorporates an intermission in his Thursday night quiz so everyone can step outside to join what has become another national ritual: the 8 p.m. clapping for health-care workers. As of Friday, he had raised $160,000, making him one of the top NHS fundraisers during the pandemic.

Marcus Berkmann, author of “A Matter of Facts: The Insider’s Guide to Quizzing” and a regular pub quizzer, has also adapted to the era of social distancing, reading out his carefully crafted questions at a virtual pub called “Quiz Night at the Covid Arms.” Last week, 61 teams played along, including those named “Prince Philip’s Driving Instructor” and “Kim Jong Not-Ill-At-All.” (Coming up with a clever name is an important part of the experience.)

His regular pub, the Prince of Wales in Highgate, is well known for its quiz obsessives — arguably some of the best in the country. Over the years, Berkmann has written and presented nearly 200 quizzes at the pub. Now, he’s doing it from a blue velvet Victorian armchair in his living room.

When I ask Berkmann what makes a good question, he says, “Hold on a second, I’ll go get some,” and puts down the phone, at which point I start to become anxious he’ll expose some of the huge blank spots in my brain’s databank. Then again, maybe I’ll get lucky and he’ll ask questions on British politics, or rural Alberta, where I’m from.

“Which is wider: Australia or the moon?”

“Australia, but only slightly,” he said. This is a good pub quiz question, he explains, because “you learn something — the next day you’ll be thinking to yourself, ‘Yeah, Australia and the moon are about the same size.’ ”

He rattles off other questions: What nationality was Che Guevara? (Argentine.) What Paris Metro station is named after a U.S. president? (Franklin D. Roosevelt.) Feminist writer Gloria Steinem once said a woman needs a man like . . . (“a fish needs a bicycle”).

He said good questions entertain. Players like to go on a journey, spot clues in the question, trawl through childhood memories. “It’s sport for clever people,” he said.

Pub quizzes are played around the world, but they are especially popular in Britain. Some estimates say that more than half of the country’s 40,000 pubs host regular quiz nights. The quizzes took off in the 1980s as a way for pubs to draw in customers on quiet evenings. Unlike broadcasting live soccer games, which can cost a large London pub more than $20,000 a year in subscription fees, putting on a quiz is cheap. And because quizzes are high-spirited and highly sociable events, participants tend to order a good many rounds of drinks.

Pub quizzes “combine our two great loves: drinking and being right,” said playwright James Graham, whose play “Quiz” has been adapted for television and airs on AMC next month. The three-part drama, a ratings hit in Britain, depicts an infamous cheating scandal on “Who Wants to Be a Millionaire?,” which is effectively a pub quiz with more-dramatic lighting.

Graham added that another theory about the popularity of pub quizzes in Britain is that the structured activity “means you can be sociable, but, for relatively emotionally restrained people, it protects you from verging into accidental intimacy.”

Graham, too, is joining a regular quiz with friends during the lockdown. They connect via video on Saturday nights, and his quizmaster, he said, wears a sparkly robe and plays theme music.

All this quizzing isn’t going to save pubs, which, along with restaurants, have been hit hard by the coronavirus restrictions. Some have kept a small presence, offering food and drinks for takeaway. But industry lobbying groups have warned that thousands of pubs could close for good if they don’t get extra financial help.

“It’s the most challenging it has ever been for the great British pub,” said Greg Mulholland, chair of the British Pub Confederation.

Some quiz players say that the online ones don’t replicate the thrill of the real thing, that arguing in hushed tones under pressure over when, exactly, David Hasselhoff first found fame is different in person than on video chats.

But fans say the events are bringing people together, puncturing the isolation bubble, making dark days a little bit lighter.

Jo Sunley, 47, a program manager from Wendover, said she’s playing pub quizzes more in lockdown than she would otherwise. She tunes into Jay Flynn’s “Virtual Pub Quiz,” even though she lives on the other side of the country.

Like Flynn, she pauses the Thursday night quiz at exactly 8 p.m. to step outside and clap for NHS workers. Last week, she competed against her husband, sister-in-law and mother-in-law — three homes, multiple devices, one game.

“It puts your brain to a bit of use — and it’s something social to do with friends and family,” she said. She doesn’t want to say who won, lest it cause a family rift.